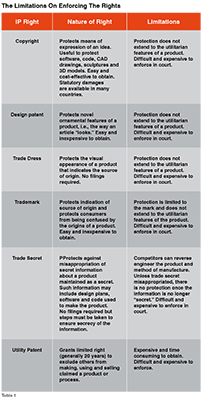 The widespread additive manufacturing of products will pose many intellectual property rights challenges similar to those encountered by the recording industry in the 2000s when widespread copying of copyrighted music began.

Products made by additive manufacturing may infringe intellectual property rights as described in the table below. The limitations on enforcing the rights are also set forth (Table 1).

The best way to protect bioprinting innovation is with utility patents. While patents are expensive and time consuming to obtain and difficult to enforce, regulatory approval for a bioprinted tissue or organ is very expensive and time consuming. There is little incentive to invest in obtaining regulatory approval if the bioprinted tissue or organ can be knocked off once approved for marketing.

In order to determine what patents might dominate the making, using and selling of bioprinted tissues and organs, we carried out a patent landscape search . The landscape search did not attempt to cover all patents filed on additive manufacturing techniques which are thousands in number.

As shown in table 2 below, the most frequent patent filers were located in the United States.

The search results were categorised into a preprocessing or design phase, production phase and post-production maturation phase.

The most important issued patents in each category are described below . Pending applications are not included as their issuance as patents is speculative.

1. A system for printing a 3D physical model from an image data set, comprising:

The owner of this patent is not known. It was filed only in the United States. This patent appears to cover a system for 3D printing any product from an image data set in response to a printing template selected by a single action by a user. The patent specification makes clear that bioprinted organs are contemplated: ‘FIG. 14 illustrates an example of printing a physical model of selected organs . . .’ 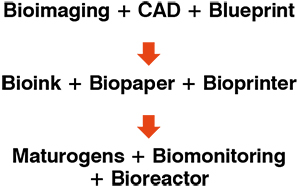 Assignee: The Curators of the University of Missouri. This patent is reportedly licensed to Organovo, Inc . It was filed only in the United States. What is claimed is:

B. US 8143055 ‘Self-assembling multicellular bodies and methods of producing a three-dimensional biological structure using the same’ (Exp. Date June 24, 2029)

Assignee: The Curators of the University of Missouri (this patent may also be licensed to Organovo, Inc.). It was also filed in Australia, Canada, China, European Patent Office, Japan and South Korea. What is claimed is:

This patent describes in detail how the engineered multilayered vascular tube is made by laying manually elongate cellular bodies and elongate bodies of gel matrix. The patent also describes the use of a bioprinter to make the same structure. This patent appears to cover bioprinted multilayered vascular tubes (e.g., tubular engineered blood vessels) containing an outer layer of differentiated adult fibroblasts and at least one inner layer of differentiated adult endothelial cells, with the additional required elements (a)-(e).

Assignee: The Curators of the University of Missouri (this patent may also be licensed to Organovo, Inc.). It was also filed in Australia, Canada, China, European Patent Office, Israel, Japan and Russia. What is claimed is:

This patent covers a nerve graft that may be made using bioprinting techniques.

Assignee: Clemson University. This was filed only in the United States. What is claimed is:

36. A method for forming an array of viable cells, said method comprising:

forming one or more droplets from said cellular composition;

This patent appears to cover a method of preparing a bioprinted tissue or organ by ink-jet printing a cellular composition containing cells and forming a gel after deposition.

Assignee: Cornell University. This patent was filed only in the United States. What is claimed is:

This patent appears to cover an ink jet printer that may be used for bioprinting. The specification makes clear that it may be configured for deposition of a hydrogel with seeded cells.

Only pending applications were found on the post processing steps of bioprinting.

Thus, much patenting activity has been ongoing. Some of the patents overlap in coverage. For example, Missouri’s US Patent 8132055 appears to cover a bioprinted tissue or organ with filler bodies that may be sacrificial hydrogels that will form tubular engineered blood vessels. And, Organovo’s GB2478801 claims an engineered multilayered vascular tube with certain types of cells and dimensions. The engineered multilayered vascular tube may also be made with a filler matrix or sacrificial hydrogel that forms the tubular structure.

A number of patent applications were filed on the bioprinting device itself, although only Cornell’s US Patent 7625198 has granted as a patent in the United States.

There is room for additional patentable innovations

While it may seem that it is too late to start filing patent applications on bioprinting innovations, there remains room for further patentable improvements. A number of researchers have questioned whether it will be possible to create a functioning bioprinted organ. For example, Dr. Darryl D’Lima, a researcher at the University of Manchester in Britain, has been quoted as saying that “Nobody who has any credibility claims they can print organs, or believes in their heart of hearts that will happen in the next 20 years. ” And, there have been reports that Dr. Gabor Forgacs, inventor of the Missouri patents and Scientific Founder at Organovo, has questioned whether the days of printing organs will ever come . In view of this skepticism, if one discovers a method of bioprinting a functional organ, the patenting of such a method should be patentable. 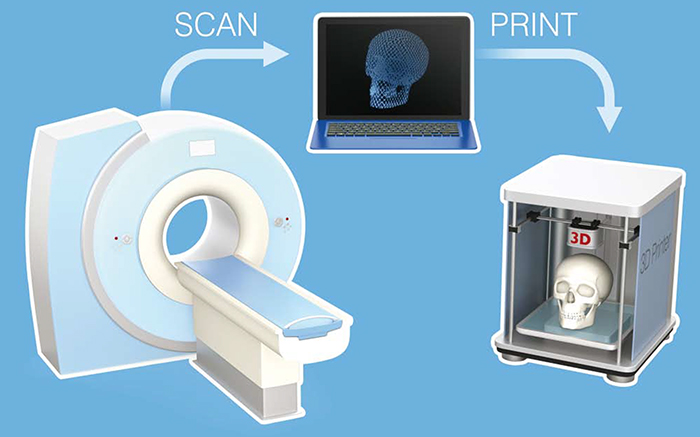 Existing patent filings may not impede commercialisation of bioprinted organs

It will be many years before a functioning bioprinted organ is made and approved by regulatory authorities. In the meantime, the basic patents may expire. Even if they do not, many countries have an exception to patent infringement under what is called the experimental use exception. In the United States, the law provides for an exception to patent infringement when the patented item is tested for development of information for submission to the US Food and Drug administration. Thus, in many countries, one can carry out clinical testing of a patented bioprinted organ or tissue without fear of patent infringement.

In conclusion, if the technical challenges of making a bioprinted organ are overcome, the future of bioprinted organs will be very bright. And, the patenting activity will continue. 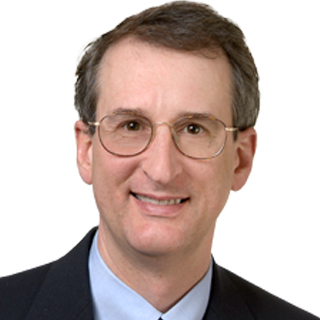