Down to The Tiniest Particle

Dispersing of powders in the pharmaceutical industry

The production or refinement of pharmaceutical products often involves dispersing dusty, sticky or fine powders in liquids. Conventional technology often encounters problems - such as when agglomerated powders are not completely wetted - and this is precisely where modern vacuum dispersing systems come in.

Gels, creams and suspensions or coatings on tablets are among the pharmaceutical products manufactured using powders or refined powder mixtures. They usually consist of an active ingredient, the thickening or swelling agent, such as CMC and HPMC, and colourants such as iron oxide, titanium dioxide or talc.

Manufacturing companies can have complex requirements and the topic of reliability is particularly important and so pharmaceutical processes need to be established. These processes must be reproducible and adapt to the often meticulously coordinated requirements of the production chain. 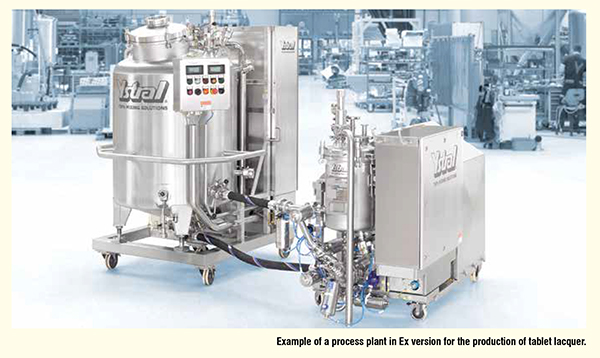 No agglomerates, air pockets or foam

The system design aims to prevent the operator from coming into contact with the materials for precisely this reason. And the aim is to achieve the longest possible storage stability after production without any foam. Agglomerates or air pockets in the product have to be completely ruled out. This is a prevalent problem, because if long dissolving times or the formation of agglomerates occur during the production of a suspension, this can lead to long waiting times.

We come across several problems when conventional technology is employed. Traditional agitators or dissolvers wet the powdered fillers as an agglomerate rather than singularly- This is something that cannot be avoided, as it is the principle of these systems. Powder inside these agglomerates is not completely wetted. The inside of the agglomerates may be wetted later by capillary effect, but this is only possible on a selective basis. The way in which the powder is added is the cause of the pseudowetting. It occurs when the powder is added to the vessel from above. However, it also occurs when it is inducted into a liquid from below in a vacuum vessel by compact flow or inline by using so-called injectors. The problem is caused by the fact that the powder particles touch each other during wetting and are not dispersed. 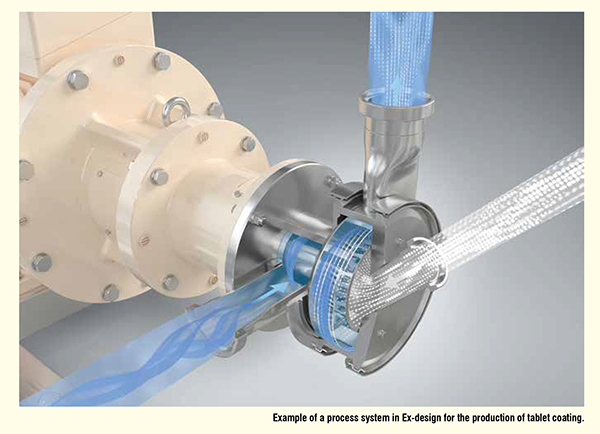 Dispersing under high shear-effect and vacuum

The solution is provided by a system that can completely wet and optimally disperse powder particles in both liquid and viscous medium. This is exactly what ystral’s powder wetting and dispersing system Conti- TDS does. The system is used to produce solvent-and water-based coating suspensions - but this is only one example of the many possible applications. A suction hose is used to draw in the powder or it is taken directly from the container, whereby the powder only comes into contact with the liquid in the dispersing zone. Dispersing takes place under a massive shear-effect and vacuum.

The vacuum has an extraordinary effect. Under vacuum, the air contained in the powder expands by up to 98%. All the particles in the powder are in flight when they are inducted at high speed by the vacuum conveyor. When the powder is transported, the vacuum in the powder constantly increases when it moves from the point where it is added to the maximum vacuum zone and the distances between the individual particles increase accordingly.

The system generates its suction effect directly in the liquid. The maximum vacuum prevails the wetting and dispersing zone and the distances between the individual particles are largest when they enter this zone. No additional transport or fluidisation air is needed for this effect because the air in the powder expands and subsequently contracts again after dispersing. The particles are individually separated and thoroughly wetted. The powder inlet is closed once the adding of powder has been completed. The system can then be continued to be used as a normal Inline Disperser or for degassing in low-viscose systems, whereby installation both on existing vessels and in complete systems is possible. 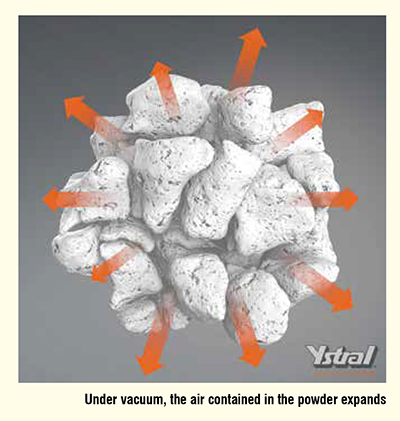 The system allows dispersions and emulsions to be produced with particle or droplet sizes on the nanometre scale. A higher product quality can be achieved due to the fact that the formation of agglomerates is avoided. In addition, wetting and dispersing take place at significantly lower temperatures than when conventional technology is used and this often achieves a beneficial advantage in subsequent process steps.

The storage stability of the suspensions produced using the system can be increased by up to 90 %, meaning that the coating process can be carried out hours, or even days, after producing the coating. This can even be done without a separate agitator in the feed vessel, and energy consumption is also almost two-thirds lower than when using conventional technology.

In pharmaceutical production, powders often have to be dispersed in liquids.

Conventional technology often achieves only incomplete wetting, because the powders are introduced agglomerated.

One solution is modern vacuum technology, in which the particles are separated and wetted. 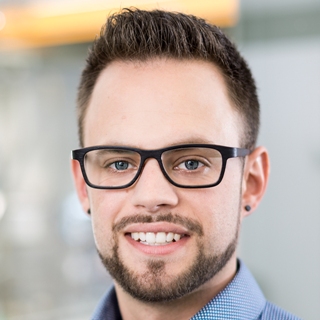 Denis Hunn was born on 31.01.1990 in Freiburg. He obtained apprenticeship as a mechatronics technician in Bahlingen am Kaiserstuhl. His professional journey started as mechatronics technician at Braunform GmbH and joined ystral in 2011. He gained advanced technical college entrance qualification and studied at the DHBW Baden-Wuerttemberg Cooperative State University (industrial engineering). He is also active in the local university council of the DHBW.