A Concise Treatise on Hard and Soft Nanomaterials for Drug Delivery

Most of the conventional (free) drugs suffer from high side effects, poor adsorption, poor solubility, high drug dosing, minimum efficiency, uncontrolled and nonspecific delivery with high cytotoxicity, which limit their uses.These problems can be overcome and toxicity can be reduced if the drugs are delivered through a vehicle that carries the drugs in a controlled way over a certain period of time.The systematic drug delivery system (DDS) become a very fascinating area of research and the last few decades witnessed tremendous developments in drug-delivery systems. Both HARD nanomaterial like Metal Organic Framework (MOF), Zeolitic Imidazole Framework (ZIF), Mesoporous Silica Nanoparticles (MSN), MOF-composite materials and SOFT nanomaterials like liposome, polymerosomes are few examples which were prepared from biomolecules, organic molecules and inorganic materials in the past few years.

Most of the conventional (free) drugs suffer from high side effects, poor adsorption, poor solubility, high drug dosing, minimum efficiency, uncontrolled and nonspecific delivery with high cytotoxicity, which limit their uses. With respect to the chemotherapeutic drugs, concern is more because most of the anticancer drugs are highly toxic for the healthy cells and damage the healthy cells along with the cancer cells, which results in side effects for the patients. These problems can be overcome and toxicity can be reduced if the drugs are delivered through a vehicle that carries the drugs in a controlled way over a certain period of time. The systematic Drug Delivery System (DDS) become a very fascinating area of research and the last few decades witnessed tremendous developments in drug-delivery systems. Among all delivery mechanism, controlled drug delivery has several advantages over normal drug delivery because they can (a) precisely deliver the drugs to the desired disease site (b) protect the drugs from destruction inside body (c) release over a definite period of time (d) reduce toxicity and side effects etc.On-demand drug delivery or controlled drug release from a DDS in a particular tissue can be achieved by using external stimuli. There are several external stimuli such as pH, light, temperature, magnetic field, redox potential, electric field, ultrasound, etc.Among all the external stimuli, pH gradient has been used for a long time to design stimuli-responsive drug-delivery systems. The reason behind the widely used pH-responsive drug-delivery system is that the pH of the human body varies widely from pH~3 to 7.4. Most importantly, the microenvironment of cancerous cell is acidic in nature which gives an opportunity to design a system that responds towards pH change. [1-2]

Liposome:Liposomes are spherical self-assembled lipid bilayer with an aqueous core. Liposomes are divided in three different categories based on their size (a) small unilamellar vesicles (SUV) (b) large unilamellar vesicles (LUV) (c) multilamellar vesicles (MLV). SUV size ranges from 100-200 nm, LUV size is around 500 nm whereas MLV size ranges from 500-5000 nm. Liposomes are prepared by various methods e.g. fridge drying, supercritical reverse phase evaporation, spray drying, cross flow injection technique, ethanol injection method etc. Due to the amphiphilic nature, they can encapsulate hydrophilic molecules inside the aqueous core and lipophilic molecules inside the lipid bilayer. They can incorporate different types of organic molecules. As the cell membrane is mainly composed of lipids, liposomes can mimic the cell membrane and there are several theoretical as well as experimental studies which demonstrate that lipid bilayer can be used as a model for the cell membrane. Because of the biocompatibility, biodegradability, versatility, ability to protect encapsulated drugs, liposome based DDS have found pronounced application in the last few years. Liposome surface can be modified by polymer grafting, attachment of suitably functionalised organic ligands, conjugation with protein, peptide, antibody, different organic molecules etc. [3]

Metal Organic Framework:Metal Organic Frameworks (MOFs) are one kind of inorganic-organic hybrid materials, composed of inorganic metal ions which are connected by organic ligands. Due to several interesting properties including high surface area (500-4500 m2/g), tunable shape, size, high porosity, large pore volume, versatility and easy functionalisation, MOFs have been used for different applications such as gas storage, catalysis, gas sensing, contrast agents, and gas separation for the last few decades. Although, a large number of MOFs have been synthesised during the last few years but only a small fraction of them were found to be suitable  for potential practical applications. Owing to their amphiphilic nature, flexibility, easily adjustable functional groups, enormous possibility of surface modification, possible fine tuning of the pore size, and so forth; recently, MOFs have been used widely in the fields of biomedical sciences. A number of pioneering studies show that MOFs can be considered as one of the optimal DDS for various drugs.Although, one should be concerned about the toxicity of MOFs with respect to biomedical application, recently, Hinks et al. have reported that iron fumerate similar to MOF Fe-MIL-88A which has been already approved for oral supplementation of iron. Other iron based MOFs Fe-MIL-88 and Fe-MIL-101 also show some optimistic cytotoxicity results. These studies indicate that future of the biomedical application of MOFs could be very promising. [4]

Zeolitic Imidazole Framework:Zeolitic Imidazole Framework (ZIF) is a sub class of Metal Organic Framework (MOF), composed of zinc as the metal ion and imidazole or its derivatives as the organic linkers. The term ‘Zeolitic’ arises due to the structural similarities of the ZIF framework to the conventional zeolite structure. In case of zeolite, silicon plays the role of central ions and the anionic oxygen forms the Si-O-Si bridge with an angle of 145°. Similar to this, Zn2+ acts as the central metal ions and the imidazolate anions form the bridge (N-Zn-N) with an angle of 145° in case of ZIFs. As ZIFs possess characteristics of both zeolite and MOF simultaneously, they have several special advantages over conventional MOF.During last five years different methods (hydrothermal, solvothermal, ionothermal, sonochemical, solvent minimisation, mechanochemical synthesis etc.) have been designed for the preparation of ZIFs by many research groups throughout the world. [5]

Mesoporous Silica Nanoparticles:During the last few years tremendous developments have occurred in the design and synthesis of hollow and micro/nanostructured materials and their application in various fields. Although various hollow and micro/mesostructured materials have been developed; one of the important mesostructured materials is Mesoporous Silica Nanoparticles (MSN). From the very beginning, due to the easy control of (a) particle size (b) morphology (c) porosity (d) surface area (e) pore size, MSN become very attractive materials to the different branches of scientists. Because of their high surface area, pore volume, tunable pore diameter, enormous possibility of surface modification, controllable particle size, diversity in morphology, MSN have been used in different branches of science including catalysis, separation, ion exchange, molecular sieving, adsorption, sensors and energy transfer devices etc.Owing to enormous applications of MSN, various synthetic routes have been discovered in the last few years for the synthesis of mesoporous silica of different morphologies and controllable pore size. Out of different synthetic route two traditionally and most widely used preparation methods of MSN are soft template and hard template methods.Owing to their low cytotoxicity, high biocompatibility, uniform mesopores, easy drug loading, high loading capacity, chemical stability and ability to release the encapsulated guest under external stimuli, recently, MSN gained much attention from chemists as well as biologists. MSN have been used for various applications in different branches of biomedical sciences including bioimaging, biosensing, biocatalysis, bone repairing, scaffold engineering, and drug delivery. [6] 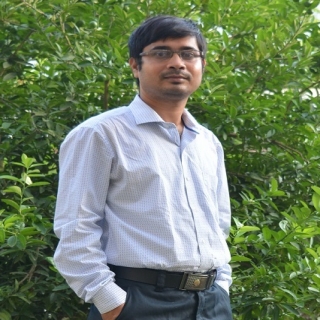 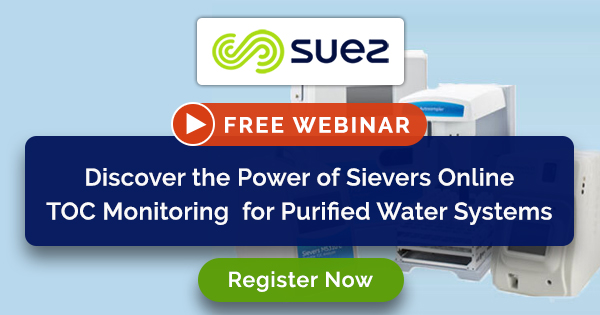