Nanobots are miniaturised, integrated and advanced structures developed from engineered nanomaterials with the potential to either propel autonomously by using chemical fuel or under guided motion of external stimuli. These autonomous nanobots are found to be very promising to perform user-defined tasks, more precisely suitable for biomedical applications.

The idea of nanobots that could perform ‘programmed tasks’ at ‘targeted sites’ by traveling through biological fluids is no more in science fiction now. Recent development in the field of nanotechnology provides the scope of designing miniaturised tiny nanobots, which are even smaller than the dimension of biological cells. The precise organisation and architecture of such nanoscale materials are controlled at a molecular level that makes it more competent for multiple applications in various areas. These are miniaturised manmade nanostructures developed from engineered nanomaterials that have the potential to move autonomously using chemical fuel or external stimuli. The most fascinating properties that nanobots possess are cost-effectiveness, biocompatibility, least toxicity, long lifetime and controlled movement, which paves way for several new aspects in the field of nanotechnology. This futuristic device holds huge potential to perform numerous challenging tasks, which are yet not possible to resolve otherwise.

Growing interest in this field established different techniques for the development of the micro/nanobots. Various methods of synthesis resulted in the development of unique micro or nanobots that significantly differ in their shape, size, surface functionalisation, and speed of self-propulsion. The size of the nanobots enabled them to enter within the smaller area like human capillaries or microchannels without causing much tissue damage, therefore lesser post-treatment recovery time is needed. Furthermore, these nanoscale structures are designed in such a way that it acts as a chemical counterpart of small bio-motors, which requires minimal power consumption and is cost effective. Thus, micro/nanobots showing autonomous guided motion opened up a new scope of applications in various fields such as drug delivery, sensing, microsurgery, bioimaging and environmental remediation.

The nanobots with self-propulsion ability can be classified as fuel-dependent or fuel independent. The dynamics of fuel-dependent nanobots primarily rely on the fuel concentration, fuel type, and the nature of catalysis. The autonomous movement of the motors would be achieved by using various mechanisms like diffusiophoresis, interfacial tension motion-induced propulsion, self-electrophoresis, bubble propulsion. The most common fuel used is hydrogen peroxide that is decomposed into water and oxygen which source for bubble propulsion of the nanobots. Other common fuels explored in the areas of nanobots are urea, glucose and hydrazine. Fuel-free micro and nanomotors show movement with the use of external fields like a magnetic field, electric field, ultrasonic propulsion, light-driven, organism driven. Increasing demands and popularity of the nanobots fascinated several researchers globally to develop highly stable, biocompatible, non-toxic, and user friendly bots which are worthwhile for various biomedical applications.

Mechanism of Propulsion: Design strategies of micro/nanobots hugely relies on the place of application and type of applications. This is a very crucial aspect as effectiveness of the bots as well its cost very much depend on the mechanism of the propulsion adopted for movement of the bots. Recent development in the line of interest developed several methods to induce and control the movement of the bots. Design strategies focused on monitoring the bots movement in various complex microenvironments like biological fluids (e.g., blood, plasma) also. Additionally, dynamics of the bots are tunable now by external means for getting more control over the bots performances. A few most commonly employed mechanisms of the propulsion of the micro/nanobots are provided below.

Bubble Propulsion: Most convenient ways to control the movement of the bots is the use of principle of bubble propulsion, whereas bots show autonomous movement due to the detachment and bursting of bubbles on the surface of bots in the presence of a suitable environment. The process of detachment and bursting of formed bubbles on the surface of the nanobot generates thrust that allows it to show some displacement. For example, a chemically stable autonomous and guided motion was developed with the use of ferromagnetic cobalt ferrite which was doped with palladium nanoparticles. The dimensions of the ferromagnetic cobalt ferrite particle was approximately 40 nm and the size of the agglomerated particle used for designing the bots (~150 µm). The doped palladium catalysed the reaction of hydrogen peroxide decomposing into oxygen bubbles, which led to movement of ferrite particles. The particles showed guided motion in the application of the low external magnetic field.

Self-electrophoresis Based Propulsion: The electrochemical reaction between the nanobot and its environment enables displacement of the bots. These nanobots mainly have two sides with a different type of nanomaterial that serves as anode and cathode. Therefore, on the bot surface reduction takes place on one side while oxidation occurs on the other side. The movement of cations or anions from one side to another leads to concentration gradient and also a flow in the solution, which is ultimately responsible for movement of the nanobots.

pH-induced Movement: Another simple way to induce locomotion to the bots is use of pH which is the measure of concentrating of the hydrogen ions in the solution.  It is observed that changes in the pH of the solution induce an alteration in the rate of decomposition of the fuel that generates a flow of the ions in the solution, making nanobots to move with the flow. The pH tactic movement of the bots have been well explored by various recent studies that demonstrated changing the acidity of the solution could be employed to monitor the autonomous movement of the nanobots. The direction of the movement also be regulated by using pH tactic movement of the bots.

Magnetic Field Based Propulsion: Direction of the bots are mainly controlled by applying suitable magnetic fields, so these nanobots are fabricated in a manner that it has some magnetic properties and shows magnetisation while an external magnetic field is applied. When these nanobots are kept under an external magnetic field, they tend to move in the direction of the applied field. Nanobots with magnetic properties generally used for providing the guided motion. Use of magnetic nanoparticles as an integrated component of the bots thus makes bots more effective for not only guided motion but also for re-usability of the bots.

Organism Driven Propulsion: The idea behind the organism driven nanobots is picking up the microorganisms, bacteria, cell or sperms found within the biological system, which can be integrated with the nanobots to obtain autonomous motility. Biological systems are a complex system with utmost efficiency and sustainability. These properties can be made to use when developing nanobots. For example, a reproductive cell, spermatozoa are adapted to move through the viscous media of biological systems. The presence of flagella making the lashing movement execute a forward motion in spermatozoa cells. Spermatozoa can become a potential carrier due to its ready availability in the system. This concept is found to be very interesting when spermatozoa drags attached nanotubes for spermatisation.

Biohybrid Nanobots: Since most of the nanobots are chemically driven, such as using hydrogen peroxide or hydrazine as a propulsion mechanism which is toxic to the biological systems, these are not suitable for most of the in vivo biomedical applications. To overcome this issue, biohybrid nanobots are being tried out using several advanced strategies and methodologies. Biohybrid nanobots are an integration of functionality, efficacy and advantages of biological systems with artificial nano or micro-scale bots. Precise control and biocompatibility of biohybrid nanobots can open up a new possibility in the treatment and diagnosis of various chronic and incurable diseases. Current nanobots development mechanism focuses on incorporating biological fluids, enzymes or biomolecules inefficient artificial nano-devices.

Biomedical Applications: With time the prospects and features of the nanobots have evolved rapidly making them unique among these various kinds of recently developed nanoscale materials. Progress in this could help design programmed devices effective for performing user defined tasks more precisely. Novel therapies have been tried to establish by using engineered nanobots smaller than a fragment of dust particles. These micro/nanobots are found to be effective for a wide range of applications starting from drug delivery to biosensing. These newly developed micro/nanobots offer various unique properties that make them a judicious choice for developing integrated smart devices beneficial for various biological applications. A few of them are mentioned below.

Bio-imaging and bio-recognition: Advancement in nanobots is boon to the bio-imaging technology. Nanobots are becoming a new class of imaging agent having minimal invasive or non-invasive methodology under natural physiological and pathological conditions. Nanobots have a unique sensitivity to some pathological factors such as temperature, pH, H2O2 and aqueous content. This develops an opportunity for nanobots to potentially differentiate tissues via imaging.  The challenges to the current imaging system of obtaining the finest information of the vascular system have been overcome by the introduction of nanobots as MRI contrast agents.

Biosensing and isolation: Nanobots lie in the size range of most of the biomolecules. So they can perform better in terms of sensing and segregating cells and biomolecules from the biological samples. Nanobots are known to be able to capture and transport various biomolecules and cells based on donors-receptors interaction. E.coli expressing polysaccharides on the surface of cells is identified and isolated efficiently using lectin bio-receptor functionalised catalytic nanobots.

Biopsy and nano-surgery: Precision is key to successful surgery of complex tissues and organs. Minimal invasive surgery is very challenging using current practice techniques and technologies. But with the use of nanobots, these challenges can be overcome easily. Magnetic nanojets and drillers based nanobots are propelled and guided through the biological systems under external magnetic fields.

Integrated drug delivery system: Most of the nanobots reported are designed to act as transport cargoes. This includes the applications of targeted drug delivery. In 2009 Martel et al explored polar magnetotactic bacteria and developed nanobots based on it to load drug cargoes. Later on liposomes, nanospheres and sometimes drugs itself were investigated as carriers. An interesting example of this is the use of catalytic nanobots of nickel-platinum alloy for the transport of doxorubicin-loaded liposomes.

Environmental Applications: Emerging micro/nanobots not only inherit excellent physicochemical properties like higher surface area and surface catalytic activities but also have the capacity to self-propel. This results in excellent mixing to improve chemical reactions, efficient adsorption, and degradation by catalysis of the major pollutants present in the water. These properties of micro/nanobots also resulted in plausible synergistic effects as these miniaturised bots could degrade harmful organic substances, remove toxic heavy metal ions, and absorb oils from the contaminated water. The most common mechanisms adopted till now to treat contaminated water are adsorption and degradation of the pollutants. Targeted pollutants were also transported to the surface of porous solid nanomaterials from its original aqueous phase, later these pollutants diffused inside the micro/nanobots. Likewise, for the degradation of pollutants in the contaminated water, micro/nanobots were developed from nanomaterials that were found to be catalytically active in the presence of fuel and toxic chemical substances. Therefore, it's deemed that the micro/nanobots would be one of the most effective nanoscale materials to perform several challenging tasks more accurately apposite for various biomedical applications.

Dr. Amaresh Kumar Sahoo has been working as an assistant professor at the Department of Applied Sciences, IIIT Allahabad, India. He did his Ph.D. and post-doctoral research from IIT Guwahati, India and Chapman University, USA, respectively. He published several internal journals and filed two US patents in the area of Nanobiotechnology.

Mr. Saurabh Shivalkar is currently working as a research scholar in Department of Applied Sciences, IIIT Allahabad, India. He has completed his M. Tech in Biomedical Engineering in 2017 from IIIT Allahabad. His work primarily focuses on the design and development of nanobots for various biomedical and environmental applications. 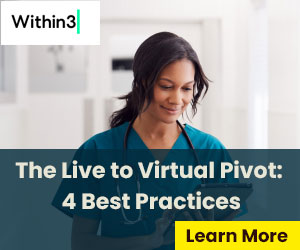 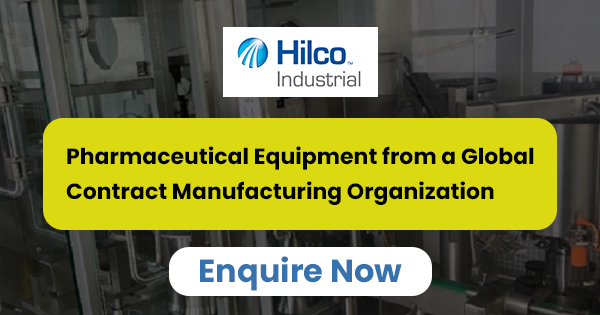