Alpha-fetoprotein as a Shuttle for Medicines

Pregnancy is a natural phenomenon that ensures the survival of the species. The suppression of the immune response in pregnancy is robust since the embryo cells have half the father’s proteins that should be recognised by the mother’s immune system as foreign. Even surrogate motherhood is possible, with no genetic relationship to the embryo at all. The embryo cell is turning off a critical pathway required for the immune system to attack intruders. It secretes alpha-fetoprotein (AFP) that serves two critical functions: normalises immune system responses so the mother’s immune cells don’t attack the embryo, and picks up nutrients from the mother and delivers them to the embryo. AFP induce downregulation of surface MHC class II antigens in their expression on human monocytes, thereby making embryo cells “invisible” to the immune system. By reducing the antigen-presenting capacity of monocytes/macrophages, AFP functions as an essential factor in maintaining a fetal allograft, as well as participates in the downregulation of the entire immune system in cancer [1]. AFP also supports the mother’s health in order to endure successful pregnancy and delivery. Symptoms of autoimmune diseases (ADs) are often less visible than before and after pregnancy. This correlates very well with the rise and fall of AFP [2].

MDSC as a magic target

Nature’s efficacy and safety in the wrong cell elimination cannot be beaten.

Monocytes/macrophages of the innate arm of the immune system are superior to T and B lymphocytes of the adaptive one for immune system response modulation. Myeloid-derived suppressor cells (MDSCs) are small heterogeneous cell populations of immature myeloid progenitors of granulocytes, macrophages, and dendritic cells (DCs) at different stages of differentiation generated from a common hematopoietic stem cell. They become immune cells that suppress, in particular, natural killer (NK) cells which act as the first line of defense in the body. During pregnancy, MDSCs regulate many of the maternal-fetal tolerance mechanisms and could therefore be used to assist pregnant women to avoid miscarriages. MDSCs are the major immunity pacifiers in inflammation, injury, regeneration, transplantation, pathogenic infection, and vaccination, etc. Beneficial effects of MDSC also include their lowering of blood glucose levels, and reduction of insulin tolerance in obese individuals [3].

MDSCs are the major players in the tumor microenvironment (TME) that prevents cancer elimination. In individuals with cancer, MDSCs inhibit adaptive antitumor immunity by suppressing CD4+ and CD8+ T cell activation and function, and by driving and recruiting T regulatory cells. They inhibit innate immunity by polarising macrophages toward a type 2 tumor-promoting phenotype and by inhibiting NK-mediated cytotoxicity, while NK cells can destroy low-differentiated cancer stem cells (CSCs) and metastases [4]. CSCs are critical targets because of their potential to re-seed tumors: targeting them could eradicate the entire cancer. MDSC also promote cancer cell stemness, facilitate angiogenesis, and drive tumor invasion and metastasis. Because of their low presence in normal conditions and their prominent role in abnormal ones, including TME, they are known as “the most important cells you have never heard of” [5]. MDSCs accounts for approximately 30–50 per cent of the tumor mass in glioma [6].

So, not cancer cells, but MDSC is the “magic target” for cancer treatment. MDSC prevents NK and cytotoxic T cells from executing cancer cells. MDSCs depletion unleashes the immune system to kill cancer [8]. 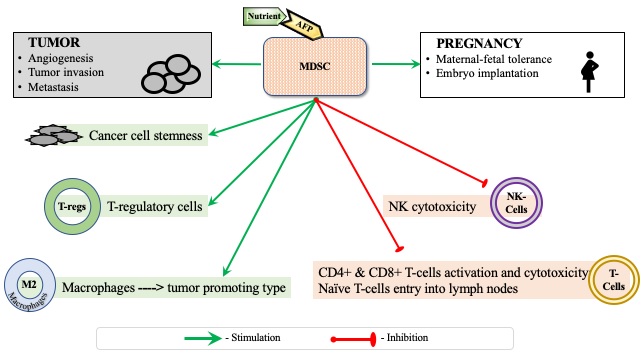 Figure 1: AFP delivers nutrient to MDSC through the AFPR-mediated endocytosis during pregnancy or tumor growth.

Alpha-fetoprotein as a drug

AFP is an immune suppressor molecule itself [10]. The natural AFP (75 µg/ampoule) was used to treat autoimmune and other diseases [11] but was canceled due to ethical reasons.

Recombinant non-glycosylated AFP is simple in design, biodegradable, not immunogenic, and has shown an excellent safety profile at doses much higher than the AFP 0.3 – 0.5 µg/mL concentration in serum associated with remission in pregnancy. Clinical studies have demonstrated safety in over 300 patients and established a robust Drug Master file with the FDA including manufacturing, toxicology, and human safety. AFP has been proposed as a novel therapeutic agent for inflammatory bowel disease [12], myasthenia gravis, Hashimoto disease, multiple sclerosis, and other treatments.

Human monocytes/macrophages have two specific AFP-binding receptors, which are involved in the physiological regulation of the immune response. AFP activity may be related to changes to the cortisol/dehydroepiandrosterone ratio in the body, which mediate the activity of monocytes/macrophages [13]. Physiologic factors, such as pregnancy, stress, and age, elevate MDSCs levels. Exogenous AFP and AFP-binding ligands helps MDSC autocrine AFP/AFPR delivery system to treat autoimmune and infectious diseases [14], inflammation, obesity, etc. The targeted delivery of ligands to MDSCs has a major impact on the immune response [10, 15].

The majority of cancers, including breast, stomach, prostate, ovarian, lung, and some lymphoproliferative disorders re-express 67 kDa AFPR [16]. AFPR is used in medical practice for detecting cancer cells [17] and cancer cell targeting [18]. Attaching a chemotherapy payload to AFP can selectively deliver toxins to cancer cells and MDSCs bypassing normal cells [19]. This results in increased efficacy and a significant reduction or no toxicity of the “magic bullet”. Recently, AFP-maytansine conjugate demonstrated a 100 per cent survival in the AFP-maytansine group of ten animals, compared to 0 per cent survival in the control group [20]. Previously, AFP-daunorubicin conjugate has shown a 50 per cent reduction of MDSCs in vitro [9]. The combination of the targeted chemo/immunotherapy in many cases can provide victory over cancer [21, 22]. The efficacy and tolerability of the AFP-maytansine conjugate supports advancing it toward clinical use.

MDSC depletion is not personalised immunotherapy. It can be applied to patients with an uncompromised or recovered after chemotherapy immune system. It maximises clinical benefit and elicits more durable responses in cancer patients. Unlike chemotherapy, MDSC depletion requires lower drug doses thus avoiding chemotherapy bystander toxicity. It does not need 100 per cent efficacy: even MDSCs partial reduction shifts the TME towards the desired state.

To compete with albumin for molecules of high functional value, such as omega-3 docosahexaenoic acid (DHA) which is not synthesized by the mother and who must receive it via food, AFP utilises its hydrophobic pocket like a nano-container. Binding DHA changes the AFP conformation leading to the complex’s higher binding affinity and stability. Albumin transports DHA to the placenta, where the exchange from albumin to AFP naturally occurs. Placenta syncytiotrophoblast cells with the AFP-binding neonatal Fc receptor (FcRn) [23-25] or AFPR-positive placenta cells [26] help the AFP-DHA complex to go through without dissociation. With five days of a half-life and an hour to unload in the cell, AFP shuttles dozens of ligands into the embryo cell through AFPR-mediated endocytosis.

Due to the similarity of an embryo and a tumor, AFP-binding embryo toxins can destroy AFPR-positive cancer cells while sparing normal ones. Dioxin or diethylstilbestrol, which perfectly docking the AFP hydrophobic pocket [27] cross the placenta barrier. Some embryo toxic drugs (Warfarin, Thalidomide, Paxil, etc.) can be repurposed for cancer treatments in case of their competitive binding with AFP and cut the costs. Inhibition of tumor growth in mice models was demonstrated with AFP complexes with dioxin, acetoxychavicol, genistein, curcumin, and paclitaxel [28-31].

Organelles-targeted agents are preferable to other toxins because their action does not depend on mutations in DNA, dysfunctional tumor suppressor protein p53, or cell cycle phase, and can destroy slow-growing cancers and CSCs [15]. Thus, thapsigargin acts on the endoplasmic reticulum. AFP-thapsigargin complex has demonstrated direct cytotoxic action on MDSCs and tumor-associated macrophages. Five out of six AFP-thapsigargin treated tumors show complete regression in mice by day 7 of treatment with no further growth thereafter [32]. AFP and organelle’s pore-forming antibiotic amphotericin B infusions demonstrate response in six out of eight cancer patients [33].

AFP-toxin non-covalent complex is not immunogenic, easy in manufacturing and application. Moreover, after the release of 1-2 toxins from the hydrophobic pocket, AFP can additionally shuttle dozens of AFP-binding toxins from the blood, unlike 1-5 toxins that AFP conjugates can deliver safely.

The per oral pAFP-toxin complexes

Porcine AFP (pAFP) has 82 per cent amino acid similarity to AFP, and is a better delivery protein as it has to deliver nutrients through six cell layers of the porcine epitheliochorial placenta. AFP, by contrast, has to cross three cell layers in the human hemochorial placenta. Surprisingly, oral pAFP complexes with atractyloside, thapsigargin, rotenone, betulinic acid, ajoene, and to the least extent with isotretinoin, tocotrienol, and vitamin D3 inhibited tumor growth in mice [34]. The mechanism of their action needs research because oral administration is in general not feasible for proteins. Indeed, an investigation conducted addressing the possible transport properties of pAFP or pAFP-rotenone has shown their absence in both the free form and in the complex with rotenone in the blood after mice gavage. Nevertheless, the oral pAFP-atractyloside complex in suboptimal doses has shown a response in six out of twelve metastatic colorectal cancer patients [35]. In the additional trial, the woman with stage IV ovarian cancer took the elevated pAFP-atractyloside complex doses and survived over 10 years [15].

The oral complex could not reach and kill cancer cells straight. Its immunotherapy action is possible only. It can be transported through the gut enterocytes by the FcRn [23, 7] which is also expressed by monocytes/macrophages, neutrophils, DCs, and B lymphocytes. As there is no evidence of MDSCs in the gastrointestinal lymph nodes the immune response could be raised by DCs/macrophages depletion similar to MDSCs depletion in the blood [15, 23]. Apoptotic bodies and other types of extracellular vesicles (EVs) released from dying cells are the tools of communication between cells in different diseases, including cancer, autoimmunity, and infection. The formation of EVs during apoptosis could be a key mechanism of immune modulation by dying cells. The death of immature immune cells is a signal for their utilisation and replacement, as well as for the attraction and activation of other immune cells. EVs generated from dying immature immune cells can provoke an acute immune response with inflammatory cytokines, emergency hematopoiesis, etc. eventually leading to distant metastasis elimination.

Resume. Effective concentrations of AFP-ligands in the patients’ blood can treat ADs or cancer (Fig. 2). 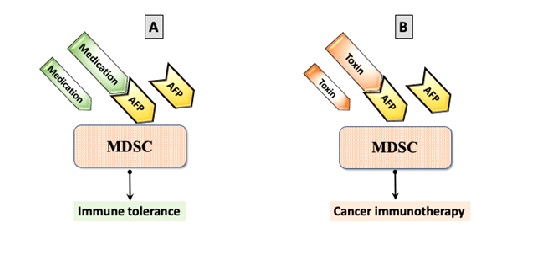 No Conflicts of Interest 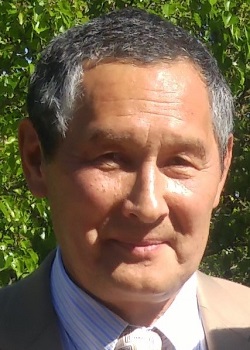 Vladimir Pak received his Ph.D. from the Institute of Bioorganic Chemistry, Moscow. He modernized technologies and manufactured APIs for the known drugs. Invented anticancer drug candidates based on alpha-fetoprotein that can be used as injectable or orally. Developed supplements to treat stomach ulcers and IBD.