The central nervous system is protected by barriers which control the passage of various chemical substances and microscopic objects, thereby regulating brain homeostasis. This results in the incapability of existing pharmaceuticals to pass through the Blood–Brain Barrier (BBB). Therefore, the disorders related to the brain and the central nervous system always remain as the world's leading cause of disabilities. Nowadays, various strategies are being developed to enhance the amount and concentration of therapeutic compounds in the brain. In this paper, we will be addressing various approaches used for effectively delivering therapeutics into the brain.

Introduction
The idea of Blood Brain Barrier (BBB) dates back to more than 100 years ago when Paul Erlich observed that by intravenous injection of certain dyes, all organs of the animal body were stained, except the brain and the spinal cord. The densely packed brain endothelial cells, are the main part of BBB which are surrounded by astrocytic end feet, lumen, and pericyte cells.  This barrier protects the brain against pathogens and unwanted substances.  Hence, BBB is a highly selective semipermeable membrane that inhibits effective treatment of Central Nervous System (CNS) from the diseases such as Alzheimer’s Disease (AD), strokes, gliomas, Parkinson’s disease, brain tumors, HIV encephalopathy, and epilepsy. Therefore, different approaches were developed to deliver therapeutics into the brain which is divided into two main categories: invasive and non-invasive.

Invasive Approaches:
Invasive approaches are physical based techniques and deliver drugs to the brain by mechanically rupturing the BBB. They are listed below:

In ICV injection, the drug is directly injected into brain ventricles which are filled with Cerebrospinal Fluid (CSF). In the human brain, this fluid volume is approximately 140 mL which is produced and excreted in blood every 4-5 hours. Therefore, the injected drug eventually reaches to the systemic blood circulation and then diffuses to the brain parenchyma following transport across the BBB.

In this approach, by surgical exposure of the brain, direct placement of small diameter catheters into the brain parenchyma is performed. Then the drug is actively pumped into brain for several days and eventually it penetrates in the interstitial space. As it is clear, successful drug delivery by this method depends on the precise placement of catheters.

During the last four decades, a number of biodegradable polymers have been used to prepare interstitial wafers and microchips for local drug delivery to the brain. The incorporated drugs are released by a combination of diffusion and polymer degradation mechanism, which can be controlled by modifying the composition of the polymer. Moreover, microchips hold individual drug-containing reservoirs and in contrast to interstitial wafers, they can be used to deliver either single or multiple drugs (up to 1000 different drugs), each with a unique release profile, to the surrounding parenchyma.

Disruption of BBB:
Hyperosmotic disruption of the BBB has been explored since the early 1970s. Intra-arterial injection of osmotic agents like arabinose, borneol, urea, and in particular mannitol, leads to facilitate the delivery of various drugs of interest; which were typically injected intra-arterially. Osmotic agents exert an effect on the BBB via several mechanisms which induce stress on the tight junctions that join the endothelial cells, finally opening the junctions and allowing paracellular transport of drugs into the brain parenchyma. Although, there are several reports for successful brain targeting of drugs by osmotic disruption method, the nonspecific  transient disruption allowing protein components of the plasma including albumin to enter the brain parenchyma which is toxic to the neural tissue and can result in seizures and permanent neurons damage. Vasoactive amines (bradykinin, adenosine, and histamine) were also applied to increase the permeability of the endothelial tight junctions.

Recently, Focused Ultrasound (FU), has been gaining tremendous interest for the disruption of the BBB. FU uses ultrasound or sonications in combination with preformed microbubbles. Microbubbles typically cluster near capillary walls and localize the effect of ultrasound to the microvasculature, therefore, the required level of exposure of FU to achieve a biological effect is reduced. They are available commercially as a contrast imaging agent for the ultrasound.

Non-Invasive Approaches:
There are two main categories for non-invasive approaches: pharmacological and physiological.

Pharmacological
Prodrug formation is a pharmacological way to improve brain uptake of drugs. (also known as a chemistry-based approach or pharmacological approach). Prodrugs are therapeutically inactive compounds, which are converted to the active form in the brain. One of the Prodrug approach is coupling the drug to a lipid moiety such as glyceride, phospholipids, and fatty acids; this can mask the polar functional groups on the water-soluble drug to make it more lipophilic. For the same purpose, another possible choice could be conjugating the drug to a lipid-soluble carrier. It is clear that Prodrug formation leads to an increased molecular weight of the parent drug. On the other hand, Lipophilic drugs with molecular weight above the 400–500 Dalton, do not generally cross the BBB in significant amounts. Therefore, the molecular weight threshold has to be considered as an important parameter in this strategy.

Physiological
On the other hand, receptor-mediated transport pathways are also available for CNS drug delivery. There are several transport systems for nutrients and endogenous compounds in brain endothelial cells including receptors such as transferrin, folate, Interleukin-13 a2, Insulin, Low Density Lipoprotein (LDL), Glutamate, etc. These receptors are highly expressed on the endothelial cells forming the BBB and could be used for brain targeting of drugs. That means using the endogenous ligands like transferrin and insulin, and association/conjugation of therapeutics to them, brain targeting is achieved. This strategy is called biological or physiological approach.

Over the past decade, the intranasal route has also been proposed for noninvasive delivering therapeutics to the brain. In this method, drug reaches the brain by crossing the nasal olfactory epithelium or nasal mucosa. The olfactory region of the nasal submucosal space is connected to CSF flow tracts, providing a direct pathway for drugs to reach the CSF and brain tissues. However, it was revealed that drug uptake in the CSF and brain by intranasal approach depends on the molecular weight and lipophilicity of the drug molecule.

Furthermore, nanoparticles may also act as promising carriers for drug delivery to the brain due to several unique characteristics, which include small size, improved drug solubility, the potential for multi-functionality, site-specific targeting, and controlled drug release. The nanoparticle surface can be modified for effective transport of drugs across the BBB. However, the exact mechanisms by which these nanoparticles cross the BBB are not fully understood and additional efforts are necessary to effectively use them for brain targeting.

Conclusion:
It should be kept in mind that invasive approaches are relatively costly, require anesthesia and hospitalization, and are non-patient friendly. Therefore, non-invasive are safer methods and have been explored for delivering therapeutics to the brain. 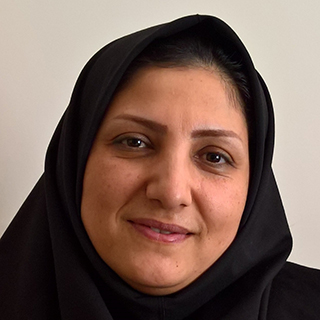 Parvin Zakeri-Milani obtained her pharmacy degree (Pharm.D) in 1998 from Faculty of Pharmacy, Tabriz University of Medical Sciences, Iran. She completed her Ph.D. on Biopharmaceutics at the same University, in 2005 and Joined the Faculty as an Assistant Professor. Currently, she is the Senior Professor and also the research director in Pharmaceutics department at Tabriz University of Medical Sciences. She has also been a visiting professor at the University of Alberta, Canada. She has published a significant number of manuscripts in peer-reviewed journals and has supervised many projects in various fields of Pharmaceutics.