Detangling the Diagnostic Odyssey in Neurodevelopmental Disorder by Genomic Consultancy

Neurodevelopmental disorders like autism, ADHD, mental retardation, epilepsy, cerebral palsy etc. affect brain and neuronal functioning. Diagnosis remained critical due to involvement of multiple neurotransmitter system, genes and environment. Genomic consultancy and testing can improve the situation to far better extent and thus could be the future of precision treatment.

Neuronal functioning is primarily dependent on the level of different neurotransmitters, therefore synthesis, transport, secretion and reabsorption of different neurotransmitters and associated functional, hormonal, epigenetic regulations all are involved normal brain and neuronal physiology. In such a context it can be said any genetic variation that could alter any of the above processes can lead to pathological situation resulting in an NDD. A considerable number of common genetic disorders as well as several rare genetic disorders can cause symptoms that fall under the broad heading of NDDs.The multifactorial situations of these disorders (NDD) already made them difficult for accurate diagnosis due to involvement of different genetic pathways with variable penetrance and expressivity. For these reasons, the diagnostic procedure is also developing specific molecular tests like Whole Exome Analysis and Clinical Exome Analysis based on massive parallel sequencing.

The Odyssey of diagnosis

The classical cases of NDD have standardized score and phenotype based diagnostic criteria that are followed throughout the globe, whereas, complex cases and some other disorders overlap with the classical cases in some features which lead to miss-diagnosis.The DSM-5 of mental disorders has carefully introduced a new section as unspecified neurodevelopmental disorders (UNDD) [1]. UNDD is categorised when cases are beyond the classical diagnosis criteria. Such situations happen when the gene(s) involved have variable penetrance or other regulatory control like imprinting. There are a large number of rare pathological conditions that partially affect neurodevelopment, but, due to presence of overlapping clinical features, they are primarily miss-diagnosed as common NDDs. Such miss-diagnosis followed by inappropriate treatment may increase the severity of the disease at many times. This wrong medical journey could sometime be fatal otherwise can make the patient much more deteriorated and even in some cases go beyond the reach of clinical interventions. The European Commission started a multi-national research initiative called “SOLVE-RD” in 2018 to develop diagnostic procedures that can reduce the time of accurate diagnosis for rare disease using cutting-edge modern molecular techniques [2]. The present authors while consulting patients have encountered several cases which practically had overlapping NDD symptoms leading to diagnostic confusion but genomic testing accurately identified the problems and detangled the diagnostic odyssey.

A few cases are worth mentioning in this context. The father of a teenager boy came to the clinic describing his ward with symptoms like delayed speech, socially inappropriate behaviour, aggressive behaviour, repetitive speech, impaired social interactions, consumption of anti-psychotic drugs resulted in anger out bursts, poor sense of hygiene etc. The case was initially diagnosed as mild autism, though Brain MRI report was normal. Blood investigations revealed highly increased levels of homocysteine and severely altered levels of other amino acids. Whole Exome Analysis revealed likely pathogenic variations in MTHFR and MTRR genes resulting in “Homocystinuria”.

The second scenario was like this, a baby of 1 year of age was reported with a clinical indication of seizure. MRI of the brain showed widened extra-axial CSF spaces in the anterior temporal regions. His EEG showed abnormal sleep EEG and occasional intermittent left frontocentral IED suggestive of the cortical irritative zone. He is suspected to be affected with early infantile-onset epilepsy, however, anti-convulsant had no positive effect on the baby. Whole Exome Analysis identified a pathogenic variation in the ALDH7A1 gene resulting in the disease “Pyridoxine Dependent Epilepsy”.

Patient data of complex NDDs and their specific molecular test, that authors consulted within the last 1 year from West Bengal and Jharkhand are given in the table 1 below.

How Genetics can help

The rare and unspecified NDDs are the area of diagnostic challenges to the biomedical world. The NORD database of rare diseases shows at least 69 types of rare and unspecified NDDsthat have overlapping symptoms and thus could easily be miss-diagnosed. Since, the accurate diagnosis in these cases can be done through identification of concerned genetic variations, it is obvious that a consultancy with a genetic expert will be always the most suitable options. Down’s syndrome is caused commonly due to trisomy of chromosome 21, however Robertsonian translocation involving chromosome 21 in the gametes can also result in Down’s syndrome in the offspring [16]. Mutations in GARS-AIRS-GART gene present in chromosome 21 is reportedly associated with Down’s syndrome like feature [17].To add further to the list, GLUT1 deficiency dependent epilepsy can be treated with ketogenic diet but not anti-convulsant [18]. Different epilepsy types have different precision treatment [18]. Thus, a specific molecular diagnosis is always the best option for end point patient care in all types of NDDs.

At this point, may we realise that exome, methylome, as well as other regulatory sequences out of the exome coverage may play crucial roles in gene regulations and disease onsets. Therefore, an expert who can predict necessary molecular tests from the associated clinical parameters has become the demand of the time. A specialist who will be capable of selecting specific diagnostic tests for identifying the problem at molecular level so that the clinician can reach precision treatment for better endpoint patient care. Since every aspect of human genome has to be analysed for such diagnosis & treatment therefore let us introduce the term “Genomic Consultancy” instead of “Genetic Counselling”.

To sum up, may we state that NDDs can be of various types with multiple etiological factors that can be at different levels of gene regulations and/or point mutations and/or numerical or structural variations of chromosomes. Accurate identification of the variation concerned behind the disease phenotype require specialists like ‘Genomic Consultants’ who can act as bridge between patient and clinician successful patient care. 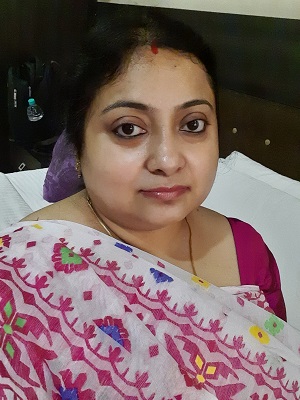 Emili is a well-known genetic consultant with vast experience in cytogenetics, molecular biology with special emphasis in neurobiology. She is doing human genetics for past 22 years and now is practising genetic counselling as well as continuing her passion for research. 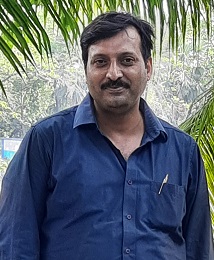 Koutilya basically is an academician in Zoology and has research interest in areas like anti-microbial peptides of amphibians, bio-active components of amphibians and genetic aspects of human reproductive disorder.