Although limited, there is a quantifiable protein level in the central nervous system (CNS) following intravenous (IV) administration. Not only the exposure of protein therapeutics in different regions of the brain is heterogeneous, but also the distribution pattern of protein therapeutics maydiffer from each molecular weight (MW) (Figure 1). To enhance the protein delivery to one specific brain region, selecting an optimal MW would be one compatible addition to other existing delivery strategies. 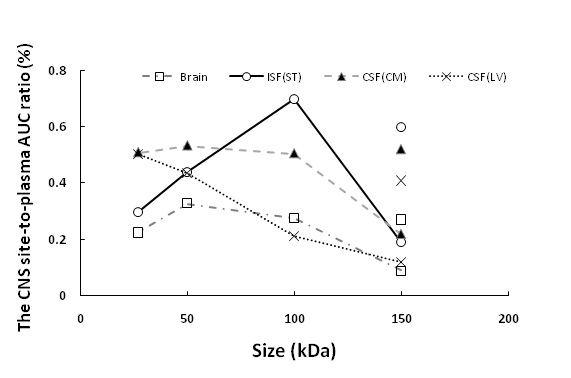 Figure 1 The relationship between the protein size and CNS site-to-plasma AUC ratio at different brain regions.Symbols connected by the line represent the brain exposure of scFv (27 kDa), Fab (50 kDa), F(ab)2 (100 kDa), and FcRn-nonbinding trastuzumab (150 kDa). The symbols with no lines at 150 kDa represent the brain exposure of parent trastuzumab (150 kDa).

Many antibody-based therapeutics have been developed to treat the CNS disorders. However,how to achieve a sufficient exposure of protein therapeutics in the CNS is the major challenge in drug development. The blood-brain barrier (BBB) and the blood-cerebrospinal-fluid barrier (BCSFB) highly regulate and limit the large molecule entryinto the CNS. Remarkably, BCSFB at the choroid plexus, the formation site of cerebrospinal fluid (CSF), has been considered relatively leakier than the BBB (1). The blood vessel at the choroid plexus is fenestrated, and the serum protein may diffuse to the stroma space. As previously reported, even ferritin (~474 kDa) may pass through the choroidal capillaries (2).Although real-time imaging evidence of plasma protein penetration into the brain ventricle is not available, endogenous protein concentration in the CSF is low but substantial. Once a low concentration of protein therapeutics are passively or actively delivered to the CSF (e.g., intraventricular infusion), they may further either move into the brain tissue or recirculating back to systemic circulation. The cellular interface separating CSF ventricle and brain tissue does not restrict paracellular transport. The perivascular pathway at the subarachnoid space (SAS) may allow a fraction of CSF, large molecules, and even cells to migrate into the deeper part of the brain tissue. This study would like to examine if the reduction of protein size may enhance brain penetration.

A large-pore microdialysis system with blood vessel catheterisation (Fig 2) was used to measure the protein concentrations in the rat plasma, the interstitial fluid (ISF) at the striatum (ST), the cerebrospinal fluid (CSF) at the lateral ventricle (LV), and at the cisterna magna (CM). 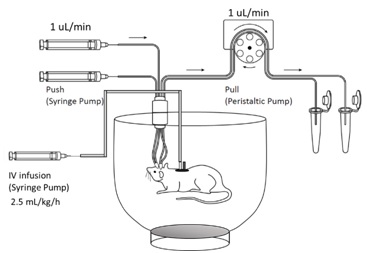 Figure 2. A push-pull large-pore microdialysis system with an IV infusion pump.The animals were placed in an open bowl cage for freedom of movement. The bowl cage was placed on a rotating plate and was rotated manually to prevent the tangling of the tubes during animal movement. Two syringe pumps perfused the perfusion fluid to the inserted microdialysis probes, and a multichannel peristaltic pump pulled the microdialysates from the probes to the collection tubes. The catheterised animal received IV infusion through the jugular vein catheter. The blood sample was collected through the femoral vein catheter.

To perform a comprehensive analysis of the effect of size of protein therapeutics on brain pharmacokinetics (PK) following IV administration, single-chain variable fragment (scFv) (27 kDa), Fab (50 kDa), and F(ab)2 (100 kDa) fragments of trastuzumab were tested to cover a range of protein MWs. The resultswere compiled with previous CNS distribution data of trastuzumab and FcRn-nonbinding trastuzumab (3, 4). The trastuzumab antibody and its fragments have no known antigen binding in the rats and were used as tool molecules. The samples were analysed using enzyme-linked immunosorbent assays (ELISA) to avoid any confounding issues from radiolabeling.

Following microdialysis,a bell-shaped relationship between the MW and the ISF exposure was revealed. 100 kDa protein appeared to have the highest ISF exposure among tested proteins (Fig 1). On the contrary, a negative correlation between MW and CSF exposureswas found.

The current finding is counterintuitive to a previous belief that a protein with a smaller MW and a higher diffusion coefficient may have higher brain delivery and widen regional distribution in the brain parenchymafollowing intracranial injection and intrathecal administration(5, 6).The differences betweenprevious studies and the current study are different injection routes and different observation time. For the protein delivery from plasma to the brain following IV injection, the shorter half-life of proteins with smaller sizes and the increased renal filtration may also play a role.

In addition, the longer observation time in the current study may allow the distribution of protein therapeutics at the brain parenchyma to reach equilibrium. If the same equilibrium could achieved in the previous short-term imaging studies following intrathecal injection is not clear. Interestingly, a similar bell-shaped relationship has been observed between size and the tumor exposure of antibody fragments (7), where anti-Her2 F(ab)2 and Fab had a higher tumor disposition than the anti-Her2 scFv and FcRn-nonbinding trastuzumab, which shared a similar trend with the current finding.

The clearance of CNS biowaste via the perivascular pathway and dural lymphatic vessels has also been investigated. This pathway could be size-dependent and contribute to the CNS clearance of protein therapeutic. Whether the clearance of scFv and other smaller proteins (e.g., sdAb) from brain parenchyma would increase due to small size still requires further investigation.

Our large-pore microdialysis system has been established before while investigating the brain PK of trastuzumab, FcRn-nonbinding trastuzumab, and anti-TfR antibodies (3, 4, 8). The placement of the probes, microdialysis probe recovery, blood contamination in the samples and analytical methods have been carefully examined. Although more investigations in this field are required, the findings suggest that there may be an optimal size of protein therapeutics to accomplish maximum selective exposure of the drug at the desired locations within the CNS. 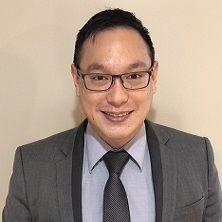 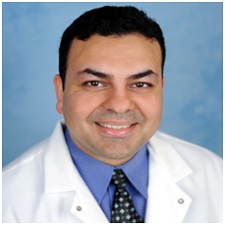 Dhaval K Shah is an Associate Professor of Pharmaceutical Sciences at the State University of New York at Buffalo. Prior to becoming the faculty Prof. Shah served as a Principle Scientist in the ‘Translational Research-Modeling & Simulation’ group at Pfizer Inc. His research focuses on understanding the determinants for the absorption, distribution, metabolism, and elimination (ADME) of protein therapeutics. His lab uses the principles of Pharmacokinetics-Pharmacodynamics (PK-PD) Modeling & Simulation to support the discovery, clinical translation, and late phase development of novel biologics like engineered antibodies, multi-specific proteins, immuno-oncology agents, engineered T cells, and antibody-drug conjugates. 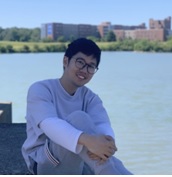 Shengjia Wu is a PhD student in the pharmaceutical sciences at the State University of New York at Buffalo. His research focuses on understanding and modeling the macromolecule distribution in the central nervous system. 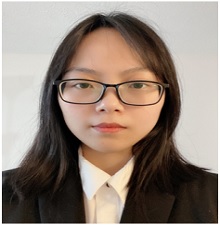 Yingyi Li gained her master’s degree of pharmaceutical sciences in University at Buffalo. When Yingyi was a master student, she was working in Dr. Dhaval Shah’s lab and became more experienced in PBPK modeling. Yingyi is currently a scientist in the field of pharmacometrics and translational PK-PD in Enhanced Pharmacodynamics.