Success rates and blockbuster sales of biologics have made large pharmaceutical companies shift their presence to biopharma. Despite growing revenue there turn on innovation has been declining. Thus, the industry is investing on improved efficiency through strategic management. This article discusses implementation of process systems engineering methodologies to help in this direction.

Generating global revenue of US$163 billion, biopharmaceuticals account for one fifth of pharmaceutical market. The revenue grows at 8 per cent annually which is double that of conventional pharmaceutical products. The growing demand for therapeutic proteins and increasing focus from regulatory bodies have confronted the industry with challenges of ensuring affordability, delivery, and consistent quality of products. The average commercial scale titer for mammalian-expressed products has increased from 0.2 – 0.5 g/L in early 90’s to 2.5 g/L in the recent years. This has been mainly achieved via improving vectors, host cell engineering, clone selection, gene amplification, and cell line screening. In the absence of mature manufacturing technology platform, the industry relies on capacity expansion, operational agility and efficiency of supply chain to enhance the overall production economics. The capacity of manufacturing sites has increased up to 200,000L due to utilisation of large-scale bioreactors (as large as 25,000L). However scale-up methodologies is still based on overall characterisation of the system characteristics such as aeration and agitation mechanisms.

In its 2016 annual report, Deloitte Center for Health Solutions published data on Research and Development (R&D) performances of a group of 12 large-cap biopharma companies. The rate of return on R&D is calculated considering total cost of launching an asset and future net cash inflows an asset is forecastto deliver. The rate of return has been showing a declining trend from 10.1 per cent in 2010 to 3.7 per cent in 2016[1]. In response the industry hasimplemented strategic solutions to increase value of the drugpipeline and reduce cost of launching new assets. Some of these solutions are[2]:

•    Replenishing pipeline through Mergers and Acquisitions;
•    Development of explicit therapy area focus and expertise;
•    Balancing in-house and outsourced activities based on the mission defined for the enterprise;
•    Identification of priority customers and timely response to emerging markets;
•    Reinvesting in R&D by funding development of new capabilities such as advanced analytics and capturing new tools and technologies, e.g. immuno-oncology and gene editing;
•    Data exploitation through ensuring availability and accessibility of data to the right people.

Integrated Decision-Making
Execution of strategic decisions relies on tactical level decisions[3]. For example strategic R&D management involves project selection, budgeting, and commercialization while tactical R&D addresses the scheduling and resource management necessary for accomplishment of the project. The “National Strategic Plan for Advanced Manufacturing” published by the Executive Office of the President in 2012 highlighted the importance of integrated decision-making for efficient use of data and knowledge. Integration of information and decision-making among functions that comprise the supply chain of a company is achieved by enterprise-wide modeling and optimisation. Supply chain encompasses R&D, supply of material, manufacturing and product distribution. Enterprise-wide optimisation demands integration of operational activities of planning, scheduling,and control[4]. Control, at its core, relies on mechanistic models of unit operations that require multi-scale integration to capture complex reactions and transport phenomena and demand many CPU hours due to heterogeneity and dynamics of systems. An established solution for maintaining computational feasibility is substituting the original detailed model consisting of differential-algebraic or partial differential-algebraic equations with a system of algebraic equations comprising a reduced model. Development of reduced models has been approached either by reduction the order ofthe model based on evaluation of the significance of its functionsin the solution profile or development of surrogate modelsusing data generated aftercareful experimental design.

Bioreactor Operation Modeling and Optimisation
Within a biopharmaceutical process, organisms represent the unit operation for manufacturing the product of interest. Mammalian cells have unique advantage over microbial and yeast based production systems in that the cells possess the necessary cellular machinery to manufacture and secrete large proteins with the necessary post-translational modifications. Thus mammalian cell cultures have become responsible for half of the annual revenue earned by the biotechnology industry.Robust mechanistic bioreactor models facilitate improvement in equipment utilisation, medium design, and feeding strategy, and shed light on some of the challenges of scale-up including productivity and byproduct formation.

The specific aspects of a large-scale mammalian cell culture demand a modeling framework, which captures both biology and hydrodynamics of the system and their interactions. Existing cell culture models, in which hydrodynamics is often excluded, usually use one parameter, e.g. growth rate, to take into account all causes of cell loss. The performances of these models deteriorate when process conditions change as their parameters are highly dependent on strain, cultivation medium and fermentation conditions. Consequently literature data can only be used for qualitative studies. We have proposed a modeling framework for integration of biological and physical phenomena which maintains computational feasibility and permits linking the model to nonlinear solvers for optimization of bioreactor operation[5].

Biological processes are captured by modeling relevant portions of the cellular activities that control the product of interest. Unstructured modeling utilises a reduced number of reactions to capture cellular metabolism macroscopically. Computational Fluid Dynamics (CFD) simulation is employed for prediction of flow characteristics inside the reactor. The main attributes of the flow are velocity fields, gas hold up, rate of dissipation of energy and gas-liquid mass transfer. Bubbles and turbulent eddies have been recognised to directly affect viable cell density[6]. To include their interactions with cells the parameters of damaging threshold of mechanical shear and critical distance of interaction with bubbles are introduced into the model. Computing the evolution of the system requires dynamic multi-phase CFD simulation, which demands many CPU hours to simulate processing time of few seconds. In our proposed framework the order of the model is reduced by decomposing variables which are functions of time and space into finite sum of products of variables which are functions of either time or space[7]. Operating conditions are described by process parameters of impeller rotation speed, gas sparging flow rate, and liquid fill level. A set of admissible operating states is defined by discretization of process parameters. The burden on dynamic solver is reduced by assuming the hydrodynamics at its fully developed state and implementation of compartmental modeling. Change in operating conditions is followed by hydrodynamics switching instantaneously to the steady state that will be reached under the new conditions. This is based upon the assumption that the time for the flow to reach a new steady state in response to change in operational conditions is negligible compared to the total processing time.

Maximisation of bioreactor yield can be achieved through manipulation of process parameters based on the determined optimal operating policy. Reduction of the order of the model through compartmental modeling provides the formulation and modeling environment necessary for coupling the model with nonlinear or mixed-integer nonlinear programming solvers. There are two basic categories of optimisation algorithms that use reduced models. Those are differentiated based on their dependencies on the original detailed model for calculation of gradients[8]. For the proposed formulation most of the evaluations and construction of the reduced models are done before starting the optimisation since minimal communication between the optimisation algorithm and the original model is preferred. Optimisation of fed-batch operation has been made possible due to advanced nonlinear optimisation algorithms capable of handling numerous decision variables and constraints.

Quantification of the extent of effects of mechanical shear and bubble interactions on viability of cells is a valuable outcome which is achievable through integrated modeling, experimental design, and parameter estimation. Integration also gives better estimations of cellular growth and death rates as functions of metabolites concentrations. It addresses lack of universality of cell culture models, which is a major hindrance towards implementation of mechanistic models in biotechnology industry. A well-posed model which represents the system well can be linked to proper optimisation algorithms and recommend low-cost improvements for the operation of bioreactor. Furthermore, unit operation models with improved computational feasibility facilitate integration of control, scheduling, and planning as the leading step toward integrated decision-making. 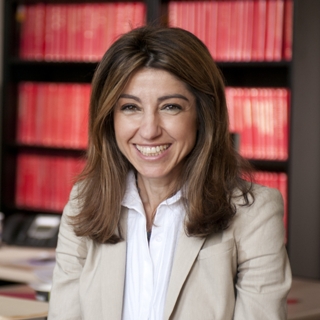 Marianthi Ierapetritou is a Professor and Chair in the Department of Chemical and Biochemical Engineering at Rutgers University. Prof. Ierapetritou has 25 years of research experience in process systems engineering, over 200 journal publications, has graduated 22 PhD students, and has received multiple awards for her work in applied modeling and optimisation. 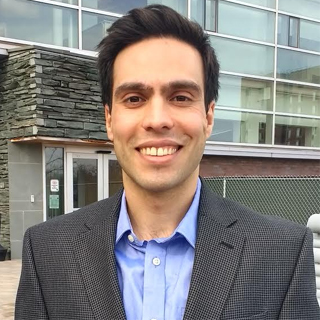 Parham Farzan is a PhD candidate at Chemical Engineering Department of Rutgers University. His thesis investigates optimisation of operation of mammalian cell bioreactors using integrated models which capture both physical and biological phenomena. Parham worked as process engineer in oil and biopharmaceutical industries.