The drug is most many times a natural small molecule that activates or inhibits the feature of a biomolecule such as a protein, which in flip results in a therapeutic gain to the patient. In the most fundamental sense, drug diagram entails the graph of small molecules that are complementary in form and cost to the biomolecular goal with which they engage and consequently will bind to it. Drug sketch often but now not necessarily relies on laptop modeling techniques. This kind of modeling is frequently referred to as computer-aided drug design. Finally, drug layout that relies on the expertise of the three-d structure of the biomolecular target is acknowledged as structure-based drug design. They involves, drug which bind to a target (e.g. protein, nucleic acid).

Selected/designed molecule should be:
•    organic small molecule,
•    complementary in shape to the target,
•    oppositely charge to the bio-molecular target .

The molecule will:
•    interact with target,
•    bind to the target,
•    Increase or decrease the effects of biomolecules.

•    Based on RNA & DNA hybridisation reaction.
•    Simultaneously several of gene can be analysed.

Advantages:
•    Miniaturisation,
•    Development of fluorescent labeled nucleotides, which is detected by laser screening. 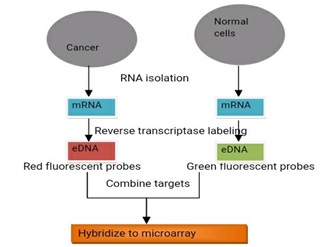 Pharmacogenomics is the study of the role of the genome in drug response. It identify reflects its combining of pharmacology and genomics. It analyse genetic makeup individual affects response to drugs. Several genes which are responsible for variances in drug metabolism and response.

3. Proteomics
Proteomics involves study of large amounts of proteins. It's play an vital role in living organism with many functions. In this process, proteome is an entire set of protein, which produced or modified by organism. It enables identification of ever increasing number of protein. 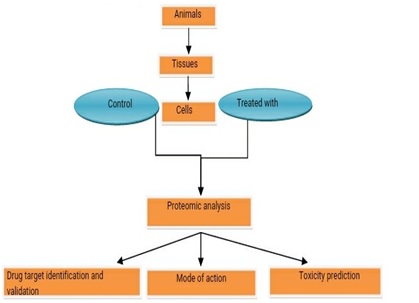 DISCUSSION:
The rateof extent of drug design and discovery is dependent on ability to identify new target drug molecules, is also known as new chemical entities. It essentially possess the inherent capability and control of a specific disease/ailment. Besides, being efficacious and safer in character, new chemical entities posses absolute position and functions of biological target, by making more or less core element of the entire drug design & discovery process. 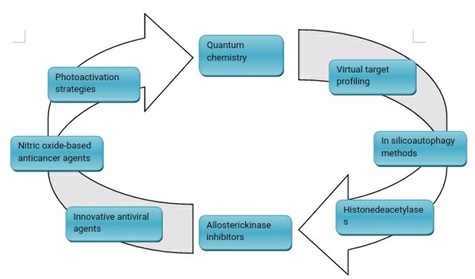 CONCLUSION:
Novel approches in drug design is an creative process of finding new chemical entity based on knowledge of biological target.Bio-isosteres is an important lead modification, plays an vital role in alteration of pharmacokinetics of lead. In general, drug discovery in laboratory experiments is time consuming and expensive methods as compared to computational methods and it plays a vital role in pharmaceutical development of new drug for therapeutic efficacy. 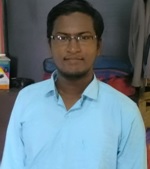