This focus article tries to showcase what prompted the pharmaceutical industries for making a paradigm shift from water and volatile organic solvents to various types of eutectic liquid as solvents for different processes. The safer eutectic liquid is determined from in vitro toxicity study at cell line.

The use of solvents in pharmaceutical industrial processes such as crystallisation, extraction, formulation developments, purification, synthesis, etc., is an inevitable and even its usage helps to obtain the final pharmaceutical products in desirable quality. In search of ideal solvent suitable to cover all the desirable quality of finished pharmaceuticals, water is one of the front runners because of the following reasons. (a) It is low-priced and promptly accessible in an unadulterated form, (b) It is non-lethal, (c) It is not extremely thick and can be effectively poured starting with one vessel then onto the next (during crystallisation and filtration) and (d) It consists of dissolving capability in majority of the solutes of pharmaceutical interest present in the whole plant or part of the plant. Due to the introduction of high-thorough put screening, economical synthetic routes and fast scale up process, the chemically-synthesized active pharmaceutical ingredients (APIs) become available in large quantities. However, vast majority of the chemically-synthesized APIs falls into the category of water insoluble, poorly soluble and soluble but at an inadequate therapeutic concentration level that leads to the formulation developers to look for solvents other than water or the use of formulation approaches to enhance the solubility characteristics of such APIs. Collectively, this particular situation forces the industries to look an alternative solvent preferably the choice is volatile organic solvents (VOCs). In fact, the use of VOCs in pharmaceutical industrial processes dated back at least for two centuries. The VOCs can be utilised for the catalysis, cleaning, cryoprotection, degreasing, disinfection, extraction, partition, production, and purification of APIs or other chemicals. However, VOCs are unstable and can evaporate at room temperature. The resulting vapor can be hazardous to anyone breathing it in. On the hand, there should always a threat or risk to the life of skilled and unskilled workers handling the VOCs inside the industrial premises. Furthermore, the oxidisation of some VOCs results in carbon dioxide (CO2) elution, a greenhouse gas that is a root cause of global climate change. In addition, there are significant environmental concerns associated with VOCs, such as pollution of water sources. According to International Council for Harmonisation (ICH) Q3C guidance, VOCs can be classified into three types: Class 1, Class 2, and Class 3 (Table 1). The Table 1 also shows the toxicity issues related to each class of solvents.

Flowchart 1 shows the systematic 12 principles of green chemistry in molding green solvents as recommended by the REACH (Registration, Evaluation, Authorisation and Restriction of Chemicals) regulation of the European Union. 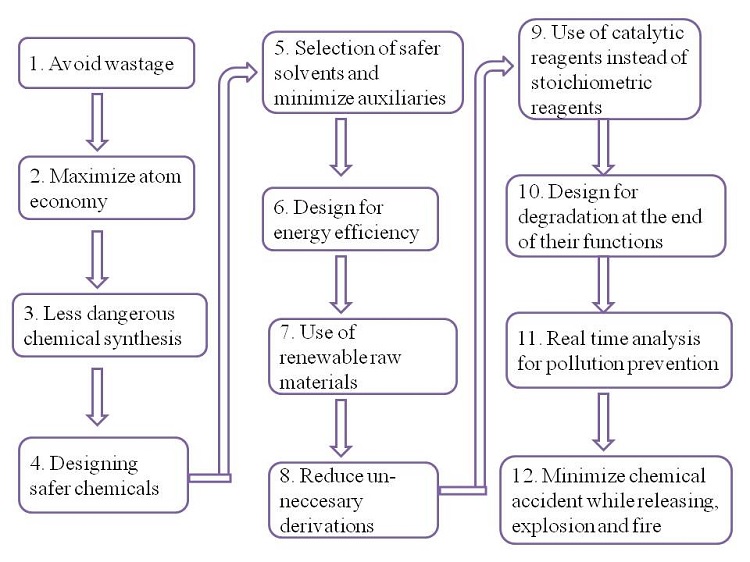 Many solvents have been proposed as a greener replacement for VOCs. Replacing of hazardous chemicals by more environment-friendly alternatives is a matter of current interest in line with the green chemistry concept. Even, multiple alternative solvents are already employed in the pharmaceutical industrial processes. The examples of such alternative solvents include supercritical fluids (SCFs) such as Carbon dioxide (CO2) & water, fluorous solvents, solventless reaction, ionic liquids (ILs) & its derivatives [polymeric ILs and magnetic ILs] and deep eutectic solvents (DESs) & its types [natural deep eutectic solvent (NADES), therapeutic deep eutectic solvent (TEDES) and polymeric deep eutectic solvent (PODES)]. The attractive properties of alternative solvent include low toxicity, non-combustibility, stability, non-mutagenic and broad accessibility, among others. Therefore, the solvents which are developed alternative to water and VOCs are simply termed as “neoteric”. Furthermore, the neoteric solvents also have attractive and tunable properties, including negligible vapor pressure at relatively ambient conditions as well as high thermal, chemical, and electrochemical stabilities. Their tunable properties include their polarity, hydrophilicity, hydrophobicity and solvent miscibility. DESs are a neoteric class of green solvents and they were prepared by simply mixing two or more solid components (at least one is hydrogen bond donor and another is hydrogen bond acceptor) at definite molar ratios. During mixing, the solid components by self-association were converted into the liquid at room temperature. The melting point of thus obtained DES is far below that of the melting points of individual solid components. The DESs have possessed the confirmed attractive physical and chemical characteristics like low vapor pressure, non-inflammability, chemically tailorable, solvency power for a broad range of APIs and water non-reactivity. Additionally, they can be effortlessly prepared from low toxicity, readily available and inexpensive solid ingredients. Due to the above-said properties, the DESs have attracted an escalated interest to use as green solvents in different pharmaceutical industrial processes. In particular, the DESs are used as an alternative to bulk organic solvents specifically in extraction of plant-derived APIs with or without the use of electrochemistry principles. When the DESs are made up from natural ingredients, mainly primary metabolites, they have been termed as Natural Deep Eutectic Solvents (NADESs). If the eutectic forming ingredients used to form DESs are indeed also the therapeutic drug molecules, then, they are called as Therapeutic deep eutectic solvent (TEDES). Similarly, when the DESs are formed by the unification of polymer, drug and simple eutectic forming excipients, the obtained DESs is a kind of sandwich and they are called as Polymeric deep eutectic solvent (PODES).  Table 2 displays the types of DESs along with their selected examples.

Although DESs are considered or touted as green solvents, their potential toxicity should not be neglected. Macário et al (2019) have recently published a research article which detailed the cytotoxicity profiling of deep eutectic solvents to human skin cells. After using the two cell lines to work as a skin model (keratinocytes HaCaT and tumor melanocytes MNT-1) for assessing the  DESs cytotoxicity, the choline chloride and tetramethylammonium chloride-based DES showed good biocompatibility for the tested cells and therefore, this combination of DES has qualified itself for the possible use in cosmetic or pharmaceutical formulations too.

More and more neoteric solvents are being identified and their utility in the pharmaceutical industrial processes is highly dependent on the non arrival of toxicity related to cell level or tissue penetration/damage effect. Particular emphasize needs to be given on the toxicity potentials of neoteric solvents before selecting as green solvent in various pharmaceutical industrial processes. 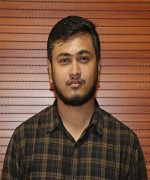 Abhinab Goswami is currently pursuing his Ph.D. from National Institute of Pharmaceutical Education and Research, Guwahati. He has published 01 research paper, 02 review articles and 01 book chapter in renowned journals/international book. His research focus lies in developing the neoteric solvents-based injectable dispersions for intra-auricular administration. He has also identified few neoteric solvents potential for converting them into nanomedicines. 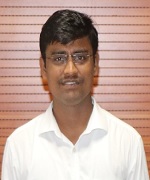 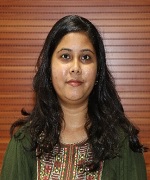 Syed Nazrin Ruhina Rahman is currently pursuing her Ph.D. from National Institute of Pharmaceutical Education and Research, Guwahati. She has published 02 research papers, 06 review articles and 04 book chapters in renowned journals/international book. Her research focus lies in managing the dry-eye syndrome by the topical application of cyclosporin A-loaded cationic emulsions. 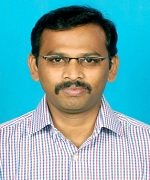 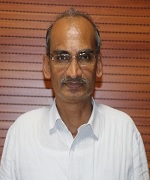 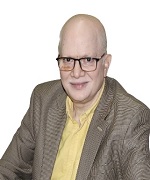 USN Murty is currently working as Director of National Institute of Pharmaceutical Education and Research, Guwahati. He is the man of antimalarial research especially finding molecular leads from plant sources. He holds more than 100 research papers, few review articles and granted patents along with copyrights materials. His articulation in bioinformatics subjects is remarkable and he is the ardent user of artificial intelligence and machine learning in health-related platform.