A Practical Approach to the Selection of Cleanroom Disinfectants

A Practical Approach to the Selection of Cleanroom Disinfectants

This article provides guidance for the selection of disinfectants to be used for the bio-contamination control of cleanrooms and controlled environments. Control is important for product and patient safety. The article focuses on factors contributing to microcidal and microstatic properties, including concentration, contact time, and application methods.

Cleanrooms play an important role in hospitals, from special environments for the preparation of medicines in pharmacies to providing clean air zones for operations. Cleanrooms are designed with special air filters (high efficiency particulate air) to provide ‘clean air’, have positive pressure differentials to prevent the ingress of less clean air, and have strict entry and clothing requirements for personnel. Nevertheless cleanroom surfaces can become contaminated with microorganisms, transported in from consumables and equipment or shed from personnel. Surfaces pose a risk if they harbour high numbers of bacteria and fungi as such microorganisms can be readily transferred. Thus, an important part of contamination control within a cleanroom requires the use of cleaning and disinfection agents. A second risk arises within hands. Hands, whether gloved or ungloved, are one of the main ways of spreading infection or for transferring microbial contamination and the use of hand disinfectants is also part of the process of good contamination control (1)

Disinfectants vary in their spectrum of activity, modes of action and efficacy. Some are bacteriostatic, where the ability of the bacterial population to grow is halted. Here the disinfectant can cause selective and reversible changes to cells by interacting with nucleic acids, inhibiting enzymes or permeating into the cell wall. Other disinfectants are bactericidal in that they destroy bacterial cells through different mechanisms including causing structural damage to the cell; autolysis; cell lysis and the leakage or coagulation of cytoplasm (2). Within these groupings the spectrum of activity varies with some disinfectants being effective against vegetative Gram positive and Gram-negative micro-organisms only while others are effective against fungi. Some disinfectants are sporicidal in that they can cause the destruction of endospore forming bacteria (these are the most difficult forms of microorganisms to eliminate from cleanroom surfaces). However, a chemical agent does not have to be sporicidal in order to be classed as a 'disinfectant' or as a 'biocide'. (3)

Ensuring that surfaces are regularly disinfected and that the numbers of bacteria present are kept to a minimum is of great importance. However, disinfectants are only effective when used in conjunction with a detergent. This is because most disinfectants have poor cleaning ability and will not easily penetrate ‘soil’ (dust, grease and dirt). So surfaces must be rinsed frequently with a detergent and then disinfected at frequent intervals.

Hand sanitisation is also of importance. Personnel carry many types of microorganisms on their hands and such microorganisms can be readily transferred from person to person or from person to equipment or critical surfaces. Such microorganisms (including Staphylococcus, Micrococcus and Propionibacterium) are either present on the skin not multiplying (transient flora) or are multiplying microorganisms released from the skin (residential flora). For critical operations, some protection is afforded by wearing gloves. However gloves are not suitable for all activities and gloves, if not regularly sanitized or if they are of an unsuitable design, will pick up and transfer contamination.

There are many different types of disinfectants for use within the cleanrooms (4). The range of disinfectants presents a somewhat bewildering choice for the cleanroom user. Disinfectants have different spectrums of activity and modes of action. A range of different factors needs to be considered as part of the process of selection including the mechanism of action, and also efficacy, compatibility, cost and with reference to current health and safety standards (5). For this, the cleanroom manager should have a rationale or policy in place for selection.

The key factors: 15 points for success

There are fifteen key factors for disinfectant selection. These are: 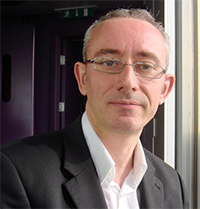