A Growing Pharmaceutical Market with an increase in Clinical Trials

Southeast Asia is a growing pharmaceutical market with an increase in clinical trials in recent years. With a population of about 620 million and a total area of 4.5 million kilometres it contains the region’s well-recognised study destinations of Malaysia, Singapore and Thailand, who are also members of PIC/S the Pharmaceutical Inspection Co-operation Scheme. But what opportunities are there for multinational companies to embark on activity outside of these established centres?

The remaining seven ASEAN (The Association of Southeast Asian Nations) countries are Cambodia, Laos, Myanmar (Burma), Vietnam, Indonesia, Philippines and Brunei. They all form part of an integrated regional community and share many similarities as they work towards the development of a single market and production base and integrate ASEAN into the global economy.

Collectively, they also represent a relatively untapped market with significant regulatory and process alignment. However, the differing levels of health care spend, infrastructure and process maturity make some of the countries in focus more likely and straight forward targets for clinical trial consideration in the Southeast Asian market.

These seven ASEAN members report health care records in-line with their status as emerging markets. In terms of expenditure on health as a percentage of GDP in 2014, Vietnam invested the most of the countries under consideration with 7.1%. Despite this, the WHO reports an average of 7-8 health care workers and 25 hospital beds for every 10,000 Vietnamese citizens – much lower than the global average of 15 health care workers and 30 beds per 10,000 people.

Cambodia follows with a 5.7% of GDP spend on health care in 2014 but out-of-pocket expenditures for healthcare have increased significantly. In the World Health Organisation (WHO)’s recent Tracking Universal Health Coverage report Cambodia was named as one of 37 countries where 6% of the population could be tipped or pushed further into extreme poverty — living on US$1.25 per day or less — due to out-of-pocket health costs. Vietnam, the Philippines and Laos were also reported in this study.

Laos is the lowest spender on health care in the region, only 1.9% of total GDP in 2014 and a higher than regional average infant mortality rate of 51 (per 1000 live births). But the Ministry of Health, the main provider of health services to the country, has made significant progress in terms of health policy development and the decentralisation of services to provincial, district and health centre levels. However, heath service provision is still affected by a lack of qualified and distributed staff, adequate infrastructure and affordable drug supply.

Also reporting one of the lowest heath care budgets in the region is Indonesia, at 2.9% of GDP in 2104. Extensive investment is required to upgrade and expand its poor health care infrastructure for its population of more than 250 million. The government is demonstrating improvements, with the introduction in early 2014 of the mandatory universal health coverage (UHC, known locally as JKN) which is due to be rolled out county-wide by the end of 2018.

Brunei announced a 9.2% health care budget cut earlier this year for 2016/2017 in a move to prioritise prudent spending. Although 2.6% of GDP was spent on healthcare in 2014, Bruneians receive free health care (and education, and subsidised food and housing). The number of hospital beds (3) and physicians (1.5) per 1000 people is higher than the regional average.

Health care spending is on the rise in Myanmar with higher budget allocations (7% YoY) for infrastructure and technology reported in Q4 2015. This will create new opportunities for the country’s private health care sector, including health service providers and suppliers, as Myanmar works to close the gaps in facilities and staffing. Significant investment from international providers will be required to fulfil this development potential, with provision made within investment regulations that that up to 70% of clinics and hospitals can have foreign ownership.

Philippine health care spending was 4.7% of GDP in 2014, one of the lowest of South East Asia’s major economies. But the government has committed to improve health care coverage evidenced by the Universal Healthcare Bill, passaged into law in 2013, which promises health care insurance for all citizens of the Philippines, especially the very poor.

Discounting the three players who account between them for 4,500 trials, the Philippines leads the way with 802 studies ongoing or complete, according to clinicaltrials.gov. While a relatively low number in global terms and representing only 17% of ASEAN’s total clinical trials, it stands out regionally with its closest follower Indonesia reporting 299 studies. Vietnam is next with 279 studies which cover oncology, autoimmune, cardiovascular and infectious disease.

Still establishing their credibility as clinical trial destinations, the rest of the countries in the region have fewer ongoing or completed studies; Cambodia (62), Myanmar (14), Laos (7) and Brunei (1).

The standard timescales across the region is 4-8 weeks as a minimum approval time with the local health authority. This is extended in the Philippines, with a potential 3-4 months for FDA and assigned ethics committee approval, however this clearly has not been a barrier to entry given the high number of ongoing and complete studies. Cambodia has a slightly more complex process where import permits must be applied for on an individual shipment basis.

Once approved, the paperwork requirements for importing investigational medicine range from an invoice and an import permit (Brunei, Philippines and Indonesia) to these documents plus customs/commercial invoice, certificate of analyse and power of attorney from importer (Vietnam, Myanmar and Laos). Cambodia requires a MOH/MFA permit, tax exemption permit, customs permit and camcontrol (The Cambodia Import-Export Inspection and Fraud Repression Directorate-General) permit in support of their trial approval process.

Customs clearance is about six hours across all seven countries in focus. In Laos, clearance starts on average three hours after flight arrival – with 100% manual clearance set up. Indonesia and Vietnam average eight hours, with Vietnam having the more complex procedure; 80% manual and 20% electronic with the importer required to custom import documents for each import.

Many of the region’s public health care systems are going through transition – often constrained by investment and funding challenges. But private health care growth is booming, particularly in Malaysia, Singapore and Thailand but increasingly evident in the region’s less developed countries. The Philippines and Vietnam are presenting a real viable alternative as clinical trial destinations – with infrastructure improvements underway, increased investment and a large potential trial participant base. 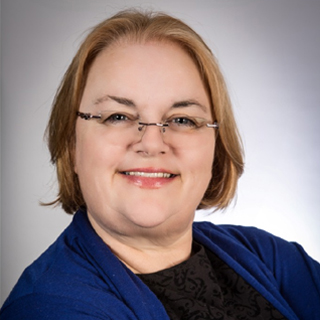 Sue Lee has worked for World Courier for 25 years. During this time she has experienced a variety of customer service and operational functions, including the setting up of numerous, multi-national, clinical sites for the transportation of biological samples. She orchestrated the shipping of thousands of shipments with very specific temperature requirements to a host of challenging locations, and each presenting their own obstacles and dilemmas.