It has been suggested that the biotech sector in the Asia Pacific region is rapidly growing and could become a serious competitor to the US biotech industry. However, regulatory hurdles, lack of intellectual property protection as well as cultural factors could slow down the sector’s development.

In this rapidly globalising world, drug companies wishing to conduct clinical trials are looking beyond the borders of the countries in which they are situated. Increasingly, they are gazing eastwards.

Recent statistics indicate that only 6% of eligible patients in the US actually participate in clinical trials. As a result, 87% of trials in the US are behind in their recruitment and enrollment. It is not surprising that drug companies are now looking to the East to fulfil clinical trial requirements, to countries with large populations of relatively naïve patients.

In many instances, this move eastwards is being welcomed, as countries recognise that clinical trials bring investment. Regulatory requirements have been simplified in order to facilitate foreign clinical trials. However, concerns remain in both the West and the East about the “exploitation” of Eastern clinical trial subjects and the transferability of results from trials conducted in the East. Although worldwide harmonisation is touted to reduce costs, protect clinical trial participants and improve the relevance of results, questions about the ability to harmonise in light of the distinct cultures of the East remain.

The lure of Asia

Within the last decade, there has been much discussion about the benefits of conducting drug and biotech clinical trials in Asia due to the lower costs. One author estimates the cost of conducting biomedical research in China as approximately 20% of the cost in the West because, among other things, Chinese researchers’ salaries are as little as 10% of those in the West. As a result, the cost of bringing a new drug to market in China could be as little as US$ 5.9 million compared to more than US$ 800 million in the West. Consider too the reduced cost of doing clinical trials in India—approximately US$ 3,000 per patient in India, compared to approximately US$ 30,000 per patient in the US.

Another recognised benefit of conducting clinical trials in Asia is easy access to large patient populations located in major cities with well developed transportation systems and large number of medical centres. Because foreign clinical trials are a relatively new phenomenon in Asia, there is little competition among drug manufacturers for trial participants. In addition, the large patient populations are relatively drug naïve—many potential participants have not been exposed to a large number of drugs, making them suitable candidates for clinical trials.

The lure of foreign clinical trials

Asian countries need to look no further than Australia for a model of a regulatory regime which has had success in attracting international clinical trials. As a result of regulatory reforms, Australia is seen as a country with expeditious clinical trial approvals by review boards and regulators. In addition, Australia boasts quick initiation of and patient enrollment in clinical trials, GCP compliance, experienced clinical investigators and high quality results. India is also a preferred country to conduct clinical trials because it boasts many of the benefits recognised above, such as lower costs, a large number of treatment naïve patients and faster enrollment in clinical trials. In addition, India also benefits from a Western system of medicine, English source documents and genetic diversity.

Authorities in Asian countries are becoming increasingly aware of the need to internationalise their standards and requirements, particularly with respect to clinical trials, and many have adopted GCP guidelines similar to those in the West. Harmonisation through the International Conference on Harmonization of Technical Requirements for Registration of Pharmaceuticals for Human Use (ICH) seems the next logical step.

The move towards harmonisation of the regulatory requirements for the approval of drugs was initiated in the 1980s by the European Community. Today, the ICH brings together the regulatory authorities of Europe, Japan and the US and experts from the pharmaceutical industry in the three regions to discuss scientific and technical aspects of product registration. The stated goal of ICH is to reduce duplication in testing during the development of new medicines.

A number of Asian countries though not members of ICH currently, have recognised the importance of the global movement towards harmonisation and have met to discuss GCP differences in the region and the ethics of extrapolating clinical trial data from one country to another . We believe that continued movement towards harmonisation is inevitable (although perhaps not through ICH). However, harmonisation alone may not guarantee the growth of the Asian biotech sector through foreign clinical trials.

Although harmonisation and regulatory reforms are attractive, the uniqueness of Asian countries makes assimilation difficult and challenges remain. These include: regulatory delays, concern about inadequate intellectual property protection, ethical issues (including inability to obtain informed consent and lack of adverse event reporting), and the impact of racial and ethnic diversity.

Despite attempts at facilitating the approval and conduct of foreign clinical trials, drug companies still face considerable delays in obtaining approval in some Asian countries. In China, for example, delays in obtaining authorisation from China’s State Food and Drug Administration can mean that drug companies wait as long as 8 to 12 months before receiving approval.

There remains a risk of counterfeit drugs through the use of a foreign drug company’s clinical data by local companies. An innovator must provide confidential details (such as chemistry, manufacturing and analysis) to the regulatory authorities of the country to which it wishes to bring its product. We are aware of rumours that this information is leaked to local pharmaceutical companies which then make counterfeit versions of the drug. In contrast, companies view the risk in the West of misuse of confidential information as much lower, possibly due to more robust legal remedies.

Obtaining informed consent for clinical trials by Asian subjects may also pose a challenge. In China, for example, obtaining informed consent is particularly difficult. Traditionally, Chinese people have enormous respect for doctors, and accordingly will not question a doctor’s suggestion to become involved in a clinical trial. There are also reports of Chinese participants not being properly informed of the risks of clinical trials, including the nature of the trial and possible adverse events. Finally, there is concern about the inadequate reporting of adverse events. While in theory, clinical trials in China are supposed to comply with international GCP standards, including the obtaining of true informed consent and the approval of trial protocols by regulatory authorities and institutional review boards, in practice, enforcement of these standards has been piecemeal.

While harmonisation of regulatory requirements and standardising informed consent and adverse events reporting is simple in practice, enforcement is sometimes lacking. In addition, the transferability of results from trials conducted in the East is not always possible. While there appears to be some consensus that the Western standards for GCP should be mirrored in the East, there remain outstanding questions about the adoption of Western standards and the acceptance of clinical trial data.

Thus, while it makes sense to focus on regulatory reform, the cultural, economic and genetic East-West differences must be kept in mind when designing a successful clinical trial system.

The authors wish to thank Nathaniel Lipkus, student-at-law at Gilbert’s LLP for his research assistance.

Patrick McGee, Clinical Trials on the Move; Dropping enrollment for clinical trials in the US and Western Europe has companies looking to countries like India and China as a solution, Drug Discovery and Development, June 1, 2006. 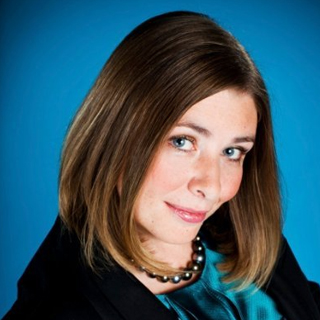 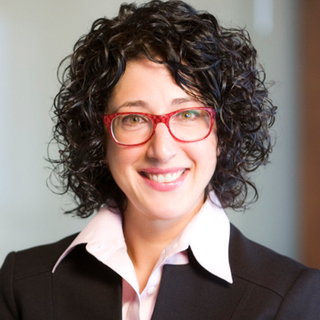