Ready to fulfill its Destiny?

Ethical considerations have a multiplicity of roles during the conduct of clinical trials—from matters related to the design of a study, to the conduct and even to the reporting of results.

Ethical considerations have been part of the conduct of studies with humans for several decades. However, it is only since WW II and several abusive trial situations coming to attention that ethical considerations have become a prominent and critical part of the conduct of clinical trials both for safety and well-being of the subjects or volunteers enrolled in these studies.

One of the elements that should be noted is that ethical considerations are never black & white but exist in multiple shades of grey. The nature of ethics is such that there is never one single answer to any question, but a series of dilemmas for debate and consensus building within the context of the sometimes widely-divergent opinions. Ethics is anything but exact science and one must understand that the resolution of any one ethical question will, by necessity, remain highly personal. It is clear, however, that the consensus building process noted above can shed light and allow for progression on any particular issue that is being debated.

Role of ethics in clinical trials

Ethical considerations have a multiplicity of roles during the conduct of clinical trials. These roles span a broad range—from matters related to the design of a study, to the conduct and even to the reporting of the results obtained. Each of these needs to be carefully considered and explained in the context of international and national principles and guidelines. It is also very important, in those jurisdictions where well established governance of ethics committees is in place, to conform to, and follow the principles, laws, guidance and processes that have been prescribed.

It is noted that, depending on the legislation in each jurisdiction, the ethics process is more or less formalised and centralised. Philosophical, legal and even religious and moral beliefs have a direct influence on the ethical approach to clinical trials. Customs and morals that reflect on disclosure of the subject’s disease or state thereof, have, in the past, heavily influenced all ethical considerations when treating subjects and when approaching them to be included into clinical trials.

This article focusses exclusively on those clinical trials that are conducted to prove the safety and efficacy of the therapeutic product being tested.

Preparing to conduct a clinical trial

While preparing to conduct a clinical trial, it is useful to review the main elements noted above in order to ensure that the framework that will govern the ethics of the proposed trial is appropriately applied.

The design of a study is critical in the ethical consideration of the trial. It has generally been recognised that, if the design of a trial is not sound so that the probability of a meaningful outcome (whether positive or negative) cannot be achieved and as a result the hypothesis being tested can not be proven or disproven, it is generally considered unethical. It is because the human beings enrolled in a trial will have been subjected to potential or real risks for no benefit to either themselves or even to society. All the comments on the other elements of a clinical trial flow from this one.

Inclusion criteria and selection of patients

One of the critical elements which ensures the success of a study is the inclusion criteria that is considered for the proposed study. Without this consideration, there is a very low probability that all of those to be treated and those who can potentially benefit from a newly developed treatment will derive maximum benefit from the treatment they will undergo. This is also important to ensure that the entire treatable population will not be exposed to undue risks either during the study or once the therapy is marketed, because health professionals will be able to provide patients with adequate directions for use tailored to their needs, which include age and sex considerations. While it is to be noted that most study protocols also contain exclusion criteria, their role is to increase the focus as well as the safety of the trials conducted.

The implications of patient follow-up during the conduct of clinical trials apply to their medical/healthcare, the close monitoring to discover adverse events and reactions, the clear delineation of roles and responsibilities between the treating health professional and the one who is the investigator. The intent of this approach is to ensure that some of the most controllable conflicts of interest are prevented and that the data reported reflects actual outcomes of those trials, thus lending confidence on the part of regulators and others in the integrity of the data generated.

When recruiting and enrolling subjects into clinical trials, adequate information needs to be imparted to these subjects. It is neither acceptable nor ethical to represent the situation into which these subjects enter in an unfair and unbalanced manner. Exposing subjects to risks that have not been disclosed is not only counterproductive but also increases the risks of research procedures. Subjects who are not aware of the potential risks they may run into, cannot report untoward effects in a timely manner and, in some instances, will not even report illness that they might consider directly related to the study or the product administered. Enrolling subjects into trials without full and fair disclosure has been considered to be unethical in most jurisdictions. Further, in such instances, the integrity of the data generated cannot be assured.

Depending upon the country or jurisdiction, different levels of ethical reviews take place. These reviews can range form a single layer ethics review conducted under a national authority, to fully decentralised processes, to multilayer review, with a centralised ethics committee and multiple local committees that bring local sensitivities to bear on the decision on whether to approve and if so how, in respect of every single study proposed. This approach is a part and parcel of good clinical practices followed by many.

A large number and a significant variety of issues come to the fore when preparing to conduct a clinical trial. Many of them are easier to pinpoint and deal with by means of precise rules. These include the issues of conflicts of interest such as the one already noted above on the potential conflict of the role of the clinician as an investigator. Others are more subtle such as the vested interest of the investigator to publish, to gain prestige, to yield to commercial pressures and interest.

Ethical conundrums, however, are not limited to the ones noted in this article so far. There are several others that have been highlighted and in the public eye in the past two years and these will also be discussed in general terms in this article. They include public demands for openness and full disclosure of data on clinical trials, the use of placebos in clinical trials, issues of ethics governance, how to best “regulate ethics”, etc. The most salient ones are discussed here.

Public demands for openness and disclosure

In general, mistrust exists amongst the public, health professionals and others on the accuracy and veracity of the outcomes for clinical trials. Consequently, moves around the world to generate registries where clinical trials are registered and their results posted. There are several already in existence, but the current endeavours are intended to ensure that these become of universal scope. WHO has established a series of standards that can be used as a primary register with individual countries cross-referencing to these as secondary registers. In this manner, a network of linked registries can be created to make all clinical trials and their results accessible to all interested parties whether lay people or health professionals.

The use of a placebo in clinical trials has become one of the most controversial topics in biomedical sciences. Much discussion has been generated as to how the use of a placebo will affect the health and well-being of subjects enrolled in trials and whether the use of placebos should be permitted at all in the face of the existence of accepted treatment. Unfortunately, accepted therapy may not have always been based on rigorous research and the evidence for such use may be slim. However, the use of placebos is permissible under certain conditions, even though the Declaration of Helsinki, the biomedical ethics literature and some guidelines have come down opposing their use.

It is to be noted that placebos in themselves can, and do have, therapeutic effects. Placebo response in upper gastrointestinal disease, especially ulcer disease, is well documented and in the range of 40% or even higher; in the range of 20% in both depression and schizophrenia in short term studies; not to mention the findings in some studies in Parkinson’s disease where dopamine production has been proven to increase in the hypothalamus with placebo alone. This leads to the conclusion, therefore, that in many instances science can resolve the rationale behind the use of a placebo. This is the approach that is proposed, in fact, for most instances where there is controversy around the use of a placebo in a specific study.

In many jurisdictions, while ethics review is required and mandated by regulations, ethics committees themselves are largely self-governing and subject only to ethical guidelines without any regulatory oversight. In other jurisdictions, ethics committees in charge of the weighty decisions regarding the subjects who volunteer for clinical trials are subject to direct regulatory oversight. This oversight is in the form of direct regulation of these boards and/or indirect regulation via the ICH Good Clinical Practices. At the very least, there are national ethical guidelines which draw much wisdom from the international ones, there is a notation in regulations of the need for ethics review as part of good clinical practices as a generic mandate, and clinical trials are inspected to provide assurance that all provisions, including the ethical ones found in the guidelines have been respected.

It is hoped that the preceding have provided some basis on which to build the ethical review of clinical trials in a manner such that its complexities are recognised, that the dilemmas if not resolved are, at the very least, debated. Also, that the vigour and health of the clinical trial enterprise is strengthened to the benefit of patients and the overall health of the public. 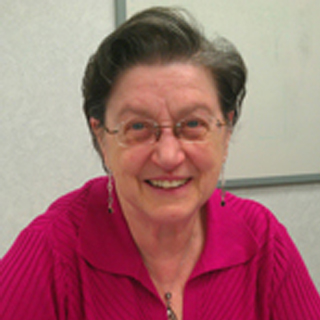