Japan’s Ministry of Health, Labour and Welfare is adjusting its policies to accommodate the current trend of global clinical development to promote public health of the Japanese, especially in terms of quicker delivery of new drugs to patients.

The venues of clinical development are increasingly moving from USA and Europe to Asia Pacific, where the increase in simultaneous multinational trials has been very conspicuous. In Korea, for example, the number of such trials has more than doubled between 2004 and 2007 (67 to 147). In such trials, participating sites compete with each other in terms of their speed to recruit subjects, the quality of the data provided, the overall cost, etc. to afford an efficient development.

Japan’s drug lag
Japan accounts for about 10 per cent of the world’s pharmaceutical market, the second biggest national drug market next to USA. The Japanese public, however, lags behind in terms of access to the world’s newest drugs. According to one calculation, as of 2004, Japan’s approvals of the world’s top selling 100 drugs were, on an average, about 1,400 days after they were approved somewhere else in the world. USA’s figure by the same calculation is about 500 days, the smallest in the world. It is obvious that Japanese patients have to wait nearly 1,000 days longer than their US counterparts for using new drugs.

Since the drugs selected for the calculation were not the first-line drugs in standard therapies, but those with large sales, the significance of this figure from a public health viewpoint is not very clear. But the situation is apparently unsavoury and Japan’s Ministry of Health, Labour, and Welfare (MHLW) has been receiving requests from doctors and patient groups that certain standard drugs unapproved in Japan but approved elsewhere should be made available for use. MHLW, with advice from its Committee on Use of Unapproved Drugs, is facilitating the delivery of such drugs to the patients by encouraging their clinical trials in Japan.
Two phases account for the drug lag. The first phase is concerned with development; the drug development process is slower in Japan compared to other countries. The second phase is related to application review; on average New Drug application (NDA) review by Pharmaceuticals and Medical Device Agencies (PMDA) takes longer than its American and European counterparts. MHLW’s countermeasures against drug lag will cover both the phases.

Ethnic factors in clinical data
The variations in the drug response have been observed in patients from different ethnic backgrounds. About one-third of the drugs marketed in Japan, USA and EU have different approved doses, the Japanese doses being usually smaller. To name a few examples, Capecitabine (anti-cancer drug) dose in Japan is 1,657 as opposed to 2,500 mg/m2/day in EU / USA, those of Telithromycin (antibiotics) is 600 mg/day in Japan and 800 mg/day in EU / USA. Ethnic factors are also found to be responsible for Adverse Drug Reactions (ADR) occurrences. Some drugs show higher incidences of ADRs in Japan than in EU / USA. Examples of such drugs and ADRs include Leflunomide (antirheumatic) for interstitial pneumonia and Irinotecan (anticancer) for diarrhoea.
The advanced research tools such as pharmacogenomics may some day enable us to predict drug actions at individual patient level, beyond ethnic groups. But currently such ethnic differences are unforeseeable without clinical trials. MHLW / PMDA therefore requires clinical data obtained in the Japanese population in application dossiers, unless there is ground for exemption. MHLW perceives, however, a room for refinement in this policy, especially in the treatment of clinical data obtained in other Asian populations. (see Section 5. China-Korea-Japan Cooperation)

Global Clinical Development – Reducing Japan’s drug lag
Given that global clinical development has already become the world’s norm, it is obvious that Japan’s participation in the development programmes will help it quickly address the issue of drug lag in Japan. Performing a bridging study after the drug’s development is completed elsewhere in the world is indeed another way to introduce the drugs in Japan, but the mode of development does not eliminate drug lags but preserves them.

The argument thus comes as to how Japan can improve its environment for clinical trials to attract simultaneously-run global trials. Unfortunately, the Japanese clinical trials are said to be slow in patient recruitment, high in cost, and quality (they were said to be “of low quality” in the past, but recently, probably as a reaction to the criticism, they are allegedly being performed too meticulously with excessive monitoring and auditing without any regard to cost).

Strengthening PMDA
PMDA has been in the process of increasing its reviewers from about 200 (as of 2007) to more than 440 in 2010. They not only review NDAs, but also give consultation to trial sponsors to help the clinical development. Most multinational pharmaceutical companies seem to be uncertain about how they can include Japan in their design of multinational trials and how the data will be later assessed by PMDA. With clarification and assurance from the PMDA reviewers, more global trials are expected to take place in Japan.

The measures being taken to improve PMDA’s Clinical Trial Consultation (“Chiken-Sodan”) include:

a. placing consultations on global trials on the fast track with a shorter waiting period;
b. increasing the total number of PMDA consultations from 300 (2006) to 1,200 (by 2007); and,
c. shortening the maximum waiting period to two months (by 2009).

Moreover, MHLW published a guideline named “Basic Principles on Global Clinical Trials” in September 2007 to facilitate the understanding of its position.

5-Year plan for clinical trials activation (2007-2011)
MHLW’s 5-Year Activation Plan emphasises networking of core hospitals capable of conducting advanced global trials. Ten national centres and 30 hub hospitals have been designated and are strengthened to possess better environment for trials in terms of doctors’ incentives, infrastructure and IT systems. At such hospitals, the subjects will be given ample information on the trials and incentives including the prospect of advanced therapies.

For the new infrastructure of the hospitals, increased staffing, training thereof, betterment in patients relations, and so on, MHLW is defraying 1.75 billion yen, approximately US$ 17 million every year.

Amendments to Japan’s good clinical practice
Needless to say, Japan’s Good Clinical Practice (GCP) is based on International Conference on Harmonisation-Good Clinical Practice (ICH-GCP). But a number of its small details were claimed to be hindering clinical trials, though they are not contrary to the ICH guidelines. Taking such claims into consideration, MHLW revised its ordinances on GCP in February 2008 to further facilitate Japanese clinical trials. The changes include:

a. Relaxation of the rules on Institutional Review Board (IRB) to allow a central IRB with certain assurance of transparency (effective April 2009);
b. Introduction of Periodical Safety Report (effective in one year);
c. Reduction in the documents to be archived (already effective through revision of the related guidelines since 2007); and,
d. Relaxation of other rules including those on trial substances (effective April 2009). 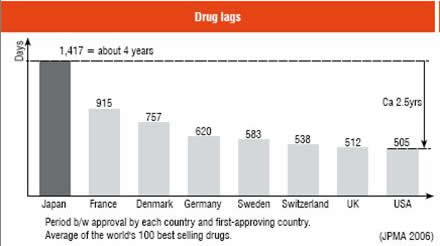 China-Korea-Japan cooperation
Q&A No.11 attached to the ICH E5 Guideline “Ethnic Factors in the Acceptability of Foreign Clinical Data” states, “In general, a multi-regional study should be designed with sufficient number of subjects so that there is adequate power to have a reasonable likelihood of showing an effect in each region of interest.” Sharing of clinical data among ethnically similar populations to afford a combined sample size with sufficient power facilitates the global development and quicker delivery of drugs to the patients in the regions. There are other benefits including saving of resources and possible regional development of drugs tailored for specific regional needs.

Genetically the Chinese, the Koreans and the Japanese are close to one another. Although extrinsic factors should be taken into consideration, the ethnic difference is expected to be small among the three populations. But there have been few studies dealing with the ethnic factors observed in actual PK/PD, optimal doses and ADR of drugs among the three races, leading to a lack of sound scientific basis to formulate rational policies on ethnic factors in the region. The agreement above indicates the three authorities’ decision to jointly clarify the factors.

On 14 April 2008, MHLW organised the First Director-Generals’ Meeting in Tokyo. The high-ranked officials in charge of pharmaceutical affairs from China’s State Food and Drug Administration (SFDA) and Korean Food and Drug Administration (KFDA) participated in the meeting. The three Director-Generals confirmed their decision to continue the joint research project on ethnic factors as well as to enhance general information exchange among the three.

As a part of the joint research project, MHLW organised a study group already in August 2007 at its research institute, National Institute of Health Sciences. The study group headed by a NIHS researcher includes members from the related industry associations, PMDA, and the academia. With strengthened cooperation from the study groups’ counterparts in Beijing and Seoul, MHLW expects tangible results from the project, which will be reported and discussed in the tripartite Working Group Meeting to be held in Tokyo in November 2008, and the Second Director-Generals’ Meeting to be held in Beijing in spring 2009.

Hopeful signs
Accordingly, MHLW’s measures have already shown results. The statistics of the last three years (2004 to 2007) show consistent increase in the number of total clinical trials and the number of products tried in Japan. This period corresponds to MHLW’s 3-Year Clinical Trial Activation Plan, the predecessor of the above-mentioned 5-Year Plan. Global trials taking place in Japan have also been increasing. Also, in a number of specific multinational trials involving Japan, the country’s sites competed favourably with those in other countries in terms of case enrollment, speed, etc.

Going ahead
MHLW has been taking strong measures to keep Japan ahead of others in simultaneous global clinical development. Japan has been already showing positive signs, indicating its increasing importance as a venue for global clinical development. MHLW is also strengthening cooperative relationship with its Chinese and Korean counterparts for the purpose of eventually sharing clinical data among the three countries. With the measures showing positive results, MHLW expects increased availability of the world’s newest drugs in Japan and improvement in its public health. 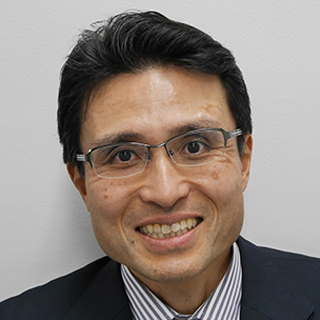 Toshiyoshi Tominaga is a Planning Director to the Minister’s Secretariat at the Ministry of Health and Welfare, Japan since 2006. He is currently involved in MHLW’s drug-related international issues including ICH, with his experience in new drug evaluation and GCP inspection. He received his PhD degree in 1987 from the University of Tokyo and also has a MSc degree from the Harvard School of Public Health.