India's strong value proposition has enticed multinational pharmaceutical companies to enter into or significantly expand existing operations in India in the fields of drug discovery, contract manufacturing and clinical research. In addition to huge internal market potential, India presents an attractive destination for drug companies seeking to minimize cost, while enhancing efficiency and adhering to international standards of quality for clinical research. Due to high costs involved, drug companies are constantly exploring ways to outsource clinical trials to countries that provide services at lower costs and more efficient timelines. India, due to its large patient population and genetic pool, can provide both cost-savings and speedier trials. In addition, India's adoptions of ICH compliant regulations governing clinical trials further its constant endeavor to take its regulatory regime to global standards.

Although  regulations relating to clinical trials have evolved considerably to match global standards, many issues still remain. There are several grey areas in the regulations that need to be clarified. Hence, often for several issues, authorities need to be consulted or the industry practices need to be ascertained.

A major concern a foreign sponsor faces in India is the extreme shortage of regulatory experts. Unlike FDA and EMEA, DCGI does not release guidance documents providing the current interpretation of the regulations. Since the regulations described are meant to be general, their interpretation is highly subjective and based upon the experience of the regulatory consultants. It is not uncommon to have several experts come to different conclusions about the same regulation.

The sponsors should be aware of differences in the Indian GCP version of ICH-GCP, including the Indian specifications for the composition of the Ethics Committee, informed consent procedures, compensation for participation, as well as the roles and responsibilities of foreign sponsors conducting clinical trials in India.

At present the regulations do not permit first-in-man studies (Phase I) for drugs discovered outside of India. More recently, there have been some discussions by the Indian government to consider removing this constraint and update schedule Y to be more consistent with US and ICH guidelines.

The Deficiencies in the functioning of the ethics committees and CROs

There are several CROs that carry out trials on behalf of the sponsors. However, it has been noticed that some of the CROs lack adequate infrastructure and knowledge. Hence, it is advisable to carry out appropriate due diligence of CRO before appointment.

It has been observed that many clinical research institutions in India have an inadequate representation of the non-technical personnel in Institutional Ethics Committee (IEC). Without adequate representation of persons from a non-functional background, the opinion of the IEC is likely to be unfair and biased in favor of the clinical study. The clinical research guidelines clearly specify the need for such personnel in the IEC. Some institutes have IEC but do not have a regular schedule of committee meetings, lack Standard Operating Procedures (SOPs) or do not have a proper member representation according to the ICMR guidelines.

However, things are changing fast for the better. New Schedule Y1 is proposed which has mandated registration of CROs with the authorities and only these registered CROs will be allowed to manage clinical trials. The Central Ethics Committee on Human Research (CECHR) by ICMR audits the functioning of these IECs composed as per the ICMR guidelines. The DCGI’s office has been conducting training programs for members of the ethics committees across the country to improve the functioning of IEC, in collaboration with WHO, ICMR and many committed research professionals.

The sensitivity of the clinical trial in view of the involvement of human subject can be well understood and appreciated. The human subject can either be healthy volunteers or patients suffering from disease for which the drug is being tested. All the stakeholders involved in conducting the trial   have significant exposure to liability. Generally, the targets for litigation are the investigators and the institution involved. The company that sponsors the trial is also exposed to the risk of liability on account of improper disclosure, conflict of interest, violation of good clinical practices, injuries occurring due to the test drug. Not many cases have reached courts in India, however, the awareness amongst patients is certainly increasing.

Further, there are certain NGOs that take up the cause of study subjects.

Liabilities are likely to arise due to breach in “informed consent” rules or adverse reactions due to drugs, negligence of institution or investigator. Typically, the clinical trial agreement allocates the liability among sponsor, CRO, investigator / institution.

As far as sponsor’s responsibility for compensation for an injury related to the study drug is concerned, it would depend on the description of the ‘study’ specified in the Study Protocol (“Protocol”) and the Informed Consent Form (“ICF”). As per the regulations, the primary responsibility is that of the sponsor to provide compensation for any physical or mental injury arising out of a clinical trial OR provide an insurance coverage for any unforeseen injury. In relation to an injury to a study subject arising out of any act, omission, negligence or misconduct of the Clinical Research Organization (“CRO”) / investigator / institution, typically, the sponsor covers itself by contractually obtaining an indemnity from the CRO / investigator / institution, as the case may be. At times, the CRO / investigator / institution also insist on contractually obtaining an indemnity from the sponsor for liability arising out of administration of the study drug as per the Protocol. These indemnities are usually obtained over and above the insurance coverage, if any, taken by the parties for the purpose of any unforeseen injuries.

Recently DCGI has been instructing sponsors /CROs to include the wording in ICF that sponsor or CRO will provide complete medical care as well as compensation for the injury.

The injury may either arise out of the ‘study’ ie as specified in the Protocol and the ICF or may arise out of any act, omission, negligence or misconduct of the CRO or the investigator / institution. The question that arises, therefore, is - who would primarily be liable to compensate the study subject, whether the sponsor or the CRO or the investigator / institution in connection with the study? Usually, as stated earlier, this liability allocation is covered in the clinical trial agreements entered into between the parties.

Government of India has proposed a comprehensive legislation called Central Drug Authority (CDA) Bill - that envisages imprisonment of five years, and fine of Rs. 20,00,000 for those found violating norms of clinical trial.

Another issue that arises is the liability of the sponsor to provide access to drugs and treatment post termination of the trial. Depending upon the study protocol, availability of the drug and stage of the trial, this issue needs to be addressed.

Need for the law

As of today there is no Act or Law to monitor clinical research and drug trials in the country. Such a law is necessary to ensure that the people who undergo clinical trials are not exploited and should be well informed about risk. Indian Chapter of Association of Clinical Research Professionals (ACRP) has been launched. There is need to enhance capacity building to handle trials in a more scientific and rational way. The likely enactment of law and launching of the Chapter will bring in more professionalism. Indian government needs to bring regulations regarding conduct of clinical trials in India match to global standards and bring in lot of clarity in regulations and speed in licensing procedures. However, the government is aware of this and has been making serious efforts to accomplish the same.

The approvals in relation to clinical trials and import of study drugs are regulated by Central (Federal) law and regulations. The approvals for the same are granted by the Drugs Controller General of India (DCGI). The approval process may take 4 – 5 months. Unlike in the US, where a sponsor can proceed with a clinical trial 30 days after submission of an IND application if FDA has not commented, in India, the sponsor or its agent in India must receive written approval from the DCGI to proceed with a clinical trial. For global trials, a delay in getting DCGI approval could mean Indian sites lagging far behind sites in other countries for the same study.  The shortage of adequate number of skill staff lead to delays in getting approval from the DCGI’s office. However, new DCGI has been making all the efforts to expedite the approval process.

Depending on whether the study drug is categorised as a biologic or a genetically engineered product, additional approval from other agencies such as the Indian Council of Medical Research (ICMR), the Genetic Engineering Approval Committee (GEAC), and the Department of Biotechnology (DBT) is necessary and can take up to six months or even longer time. Submission to Ethics Committees can be done simultaneously.

Another major concern is lack of pre-IND meetings with the regulatory reviewers due to the extremely heavy workload, though they are granted on a case-by-case basis.

All indications are that the office is very aware of the issues and working hard to resolve them. The next year or two should be interesting for those tracking Indian regulatory processes. 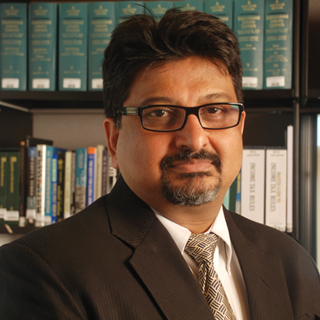 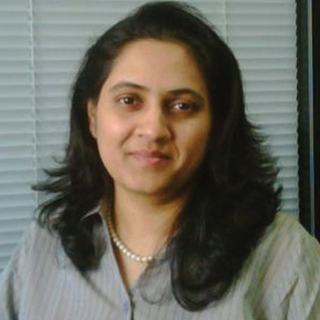