A new guideline on trial data provides opportunities for Japanese biopharmaceutical companies and global contract research organisations to work together to speed up drug development in Japan.

In September 28, 2007, Japan's Pharmaceuticals and Medical Devices Agency (PMDA) released a new guideline for the biopharmaceutical industry entitled "Basic Concept for International Joint Clinical Trials." The PMDA issued the guideline in response to growing concern about the "drug-lag" challenge facing Japan. As of now new biopharmaceutical products typically enter the Japanese market more than four years after their approval in the US or the European Union. The guideline addresses this problem by expanding the criteria for accepting clinical data from non-Japanese patients. It also encourages Japanese biopharmaceutical companies to participate in joint international clinical trials. The goal is to have the latest therapies available to Japanese patients at the same time as patients in North America and Europe. This should contribute to overall healthcare improvements in Japan.

The new guideline offers significant opportunities for Japanese biopharmaceutical companies to speed up their drug development programmes. It also provides a way to expand the market potential of their products by conducting joint clinical trials in the Asia-Pacific region and other parts of the world. The opportunities are equally important for CROs with the right combination of experience and resources to provide global clinical services for the Japanese biopharmaceutical industry.

The challenge for all of those involved is to find the best way to take advantage of this new regulatory flexibility and increase the scope of clinical trials for the Japanese biopharmaceutical industry globally. However, those involved have to understand the differences and limitations that continue to characterise the drug approval process in Japan. Working together is the mantra to overcome these challenges and generate clinical data from outside Japan that meets the new guideline. Doing this will allow the Japanese biopharmaceutical companies and global service providers to shorten development times, speed up regulatory approvals, and bring innovative therapies to Japanese patients more quickly.

The PMDA's new guideline makes it clear that Japanese health authorities are concerned with the worsening drug-lag situation in the country. The PMDA is aware that Japan's drug development regulations need to be more flexible to allow the inclusion of data from global trials involving non-Japanese patients. At the same time, the guideline states that companies conducting international trials across different geographic regions and populations must account for ethnic differences when gathering and submitting study data for drugs intended for sale in Japan. In addition, any clinical development plan must specifically assess the efficacy and safety of an investigational drug in Japanese subjects. The guideline strongly recommends early clinical pharmacology and single-dose studies involving healthy volunteers and patients from Japan to obtain pharmacodynamic (PD), pharmacokinetic (PK) and safety data. There is some indication in the guideline that the inclusion of other Asia-Pacific populations in a joint international trial could help address the question of ethnic differences for drug safety and efficacy in Japanese patients, if the equivalency of those other populations to Japanese patients can be scientifically demonstrated. This flexibility offers the possibility that the growing inclusion of other Asian countries could provide valuable data to support new drug applications in Japan. However, the guideline emphasises that the long-term goal of the PMDA is the greater participation of Japanese biopharmaceutical companies in international trials covering multiple regions and populations, with development schedules that coincide with those in the US and Europe.

The guideline lists several other important conditions that international joint trials would be required to meet if their data is to be considered for inclusion in a Japanese regulatory filing, including:

Additionally, standards of medical practice should be similar to Japan. Most importantly, the guideline states that the PMDA will evaluate proposals for joint trials and the inclusion of foreign data on a case-by-case basis. This approach allows for additional flexibility in the case of an orphan drug where an insufficient number of Japanese patients may be available for a trial, or for oncology drugs and other therapies that address unmet medical needs in the Japanese population. In all cases, the PMDA guideline strongly recommends direct consultation with the Agency in the early stages of every clinical trial to discuss the study design and the criteria for including data from non-Japanese patients. The guideline also notes that these criteria may change over time as the Agency's experience grows with international trials and the use of foreign patient data.

How do Japanese biopharmaceutical companies take advantage of this new opportunity to speed up their development efforts? The best approach is to partner with a global CRO with international clinical trial experience, as well as specific experience in the Asia Pacific region. The right partner would provide access to a wide range of resources and expertise that will help Japanese biopharmaceutical companies quickly and effectively expand their clinical trial programmes into other areas to reduce drug development times.

Japanese biopharmaceutical companies can work with a CRO partner to help accelerate the introduction of novel therapies. Additionally, they can leverage partner capabilities to conduct Asia-Pacific or global studies to support expanded indications for products already on the market in Japan, or to introduce their existing products to other markets.

The key to all of these partnership opportunities is access to global capabilities combined with in-depth local knowledge and experience. With the many differences and challenges of drug development and approval in Japan and the emphasis by the PMDA on case-by-case consultations about clinical plans and data acceptability-a partner with strong resources in Japan and the Asia-Pacific region offers the greatest chance of success in taking advantage of the new guideline.

Key Capabilities to Look for in a Partner

• Offices and experienced personnel in Japan, major Asia-Pacific countries and other global markets

• Experience working with regulatory authorities in Japan, the Asia-Pacific region and throughout the world

• History of conducting successful clinical trials in Japan and throughout Asia

• Strong expertise and capabilities across all phases of clinical development, including clinical pharmacology and early-stage trials

• Familiarity with the myriad regulatory and operational differences for conducting clinical trials in various Asian countries and other regions, such as:

Although the PMDA's new guideline on joint international clinical trials offers opportunities for faster clinical development, a number of significant challenges remain in the effort to reduce the drug-lag problem in Japan. Part of the delay results from global biopharmaceutical companies waiting until they have "proof of concept" from Phase II trials in the US or Europe before undertaking a trial strategy for Japan. If early phase studies are not conducted in Japan in parallel with early phase studies in other markets, an inherent delay is created. While the new guideline does not address this problem directly, the Agency's increased flexibility and desire to support joint global trials should encourage global biopharmaceutical companies to include Japanese or Asia-Pacific studies earlier in the development process so their products can be introduced sooner in Japan.

Another factor in the "drug-lag" is the relatively slow review and approval process in Japan, which takes around 2.5 years longer than in the US. Part of that delay results from a shortage of reviewers. In 2005, Japan had just 197 reviewers for drug applications, compared with 693 in the UK, 942 in France, and 2,200 in the US. In June 2007, the PMDA announced that it was increasing the number of reviewers by 236 over the next three years to help speed up regulatory reviews.

A third challenge is the requirement by the PMDA that later-stage trials must continue to enroll mostly Japanese patients. This requirement is particularly difficult due to the shortage of Japanese patients willing to participate in clinical trials. The availability of a strong national healthcare system reduces one of the incentives for patients in Japan to enroll in trials. By comparison, patients in some countries do not have such ready access to high quality health care and might be motivated to participate because of the improved general care that might be received. Finally, reimbursement practices favour payments to institutions rather than individual physicians, which can create a barrier to physician recruitment. Therefore, there are multiple contributors to the Japanese "drug lag" and further change will likely be required.

Looking into the future

While the amount of non-Japanese data accepted by the PMDA will be limited at first, it is possible, although not guaranteed, that the new guideline could eventually result in the acceptance of more data (perhaps up to 30-50 percent) from non-Japanese patients. This type of increase may occur within a few years as the Japanese regulatory authorities gain experience with-and confidence in-trial data from other populations. The PMDA is most likely to be flexible with development programmes that address unmet medical needs. Increased flexibility in the regulations should also encourage multinational biopharmaceutical companies to undertake clinical pharmacology and dosage testing in Japan and Asia earlier in the global development process. This will help to establish equivalency data that would support the inclusion of additional Asia-Pacific study patients. These changes should lead to wider inclusion of Asia-Pacific countries in global clinical development plans.

More important than the growth of Asia-Pacific studies, however, are the long-term PMDA goals: increasing Japanese biopharmaceutical company participation in global clinical trials and encouraging global companies to include plans for the Japanese market earlier in the drug development process. There is some evidence that these changes are already underway. In 2007, for example, the number of Japanese investigators signing on to conduct FDA-regulated trials rose to 154, from just 24 the year before. If the PMDA's goals are realised, the Japanese public will have access to innovative therapies more quickly than in the past, and the biopharmaceutical industry will some day be able to introduce its novel therapies in Japan at the same time as in other major world markets.

Achieving this vision of the future will require both perseverance and industry partnerships that leverage the right combination of experience, resources, and local knowledge to overcome the challenges and take advantage of the new opportunities available in the Japanese biopharmaceutical marketplace. 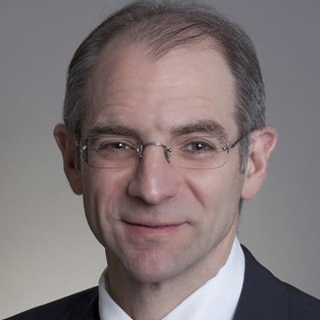 Mark A Goldberg, MD, is President of Clinical Research Services and Perceptive Informatics, Inc., a wholly owned technology subsidiary of PAREXEL International, a leading global service provider to the biopharmaceutical industry. Goldberg joined PAREXEL in 1997 and established the Company's Medical Imaging Group. In 2000, he was involved in founding Perceptive Informatics to deliver advanced technology solutions that improve development and commercialisation processes for the biopharmaceutical industry.