Regulatory changes and the acceptance of foreign clinical data have fuelled growth of the clinical trial sector in Japan.

The clinical trials environment in Japan has changed dramatically over the last eight years. In particular, changes in the Pharmaceutical Affairs Law (PAL) have allowed the acceptance of foreign clinical data and fuelled the growth of the clinical trial sector in the country. There is an increased need for businesses involved in clinical trials to take heed of the rapidly changing environment to capitalise on its growth.

In 2004, the Japanese government introduced new initiatives and expanded old ones to promote fundamental reforms in the country and drafted its “Basic Policies for Economic and Fiscal Policy Management and Structural Reform 2004.” The primary objective was to establish a foundation for economic growth amid a declining population and a changing international environment that was becoming increasingly globalised, competitive and yet, inter-dependent.

These policies clearly underscored the government’s commitment to reform the social welfare system through gradual decentralisation and deregulation while ensuring continued health, safety and general well being of the Japanese society. The medical and healthcare sectors were, and still are, expected to have significant effects on the overall economy from the standpoint of expanding the country’s industrial base and improving the quality of life. As such, the life sciences industry underwent significant changes.

As healthcare is becoming more and more of a government issue with populations experiencing longer life spans, there is an increased need for medical facilities and medication to be readily available and accessible to all. Due to previous stringent drug registration rules, the Japanese population has been unable to access 25 per cent of the world’s newest and most advanced drugs. To counter this, as well as promote more efficient management and enhanced services in the medical industry, much deregulation is taking place in Japan. Perhaps the most significant reform has been the recent revision in the Pharmaceutical Affairs Law, which transferred about 350 drug items to the quasi-drug category, and approved their retail sales at convenience stores and other general retail stores.

These revisions, which took effect in April 2004, have made it easier for international firms to market pharmaceuticals in Japan by simplifying the approval process for importing and manufacturing pharmaceuticals. Essentially, as the Japanese government relaxed its rules on research data requirements for drug registration, data from countries such as Korea and Taiwan can now be accepted. Also, Japanese companies, which are more open to outsourcing research to international laboratories, can now do so with ease.

As a result, the pharmaceutical and biotechnology market in Japan has experienced significant growth in the last couple of years. The clinical trial market, once estimated to be worth more than US$27 million in 2004, is now expected to grow almost seven fold to US$180 million by 2010. Similarly, the broader biotech industry in Japan is predicted to be worth US$350 billion by 2010. In addition, more than any market in Asia, the Japanese life sciences market is expected to grow nine per cent year-on-year.

A significant portion of this growth has come from international Contract Research Organisations (CROs), which have set up branches in Japan. With the regulatory changes, pharmaceutical companies are able to take advantage of CROs based in other countries to increase flexibility and efficiency as well as to lower the overall costs of research and development. The rule change benefits the industry as a whole and is a key opportunity for businesses involved in the biotech sector in Japan, including businesses involved in the transportation of clinical trial material, such as TNT.

The need for clinical trial logistics

In clinical trials, diagnostic specimens such as blood samples are both time and temperature sensitive. To maintain the accuracy of the test specimens, they need to be kept within specific temperature ranges, and tested within 72 hours of collection. The typical temperature ranges required for such samples include: ambient (room temperature), refrigerated (2-80C), and frozen (below –200C).

Furthermore, when test samples need to be transported overseas via airfreight, their movement is subject to regulation by the International Air Transport Association (IATA), which has stringent requirements for packaging, documentation and regulatory declarations. Inaccurate labelling or packaging can result in customs delays for days and render the test samples invalid.

The future of clinical trials market in Japan

It is still too early to analyse the results of the deregulation, as it is still a complex process. In fact, despite introducing the revisions in early 2004, full-scale implementation of the revised Pharmaceutical Affairs Law entailing the introduction of the manufacturing and sales approval system; the classification of medical equipment according to risk levels; the introduction of designated third-party certification organisations and the expansion of post-marketing safety measures, was only enacted last year.

The sector also faces a number of challenges. Despite the rapid expansion of pharmaceutical and clinical trial market, there is a need to provide more trained researchers and technologists in Japan to provide the relevant professional and technical expertise.

While some countries in the region are already showing promising signs of changes in regulations, it will take some time before Japan and the rest keep pace with the industry’s global standards. With the increased globalisation of drug development, companies will have to introduce new drugs into every market simultaneously and rapidly, Japan included. Global communication and the use of common clinical data will also further increase.

To support the growth of the clinical trials sector and meet the logistical needs in the region, TNT launched ‘Clinical Express’, a suite of logistics services for the clinical trial logistics market in April 2004. Targeted at pharmaceutical companies, central laboratories and CROs engaged in clinical research and drug development, Clinical Express offers two distinct levels of services – ‘Clinical Express Exclusive’, the global door-to-door service for diagnostic specimens under frozen conditions, and ‘Clinical Express Network’ for ambient diagnostic specimens. Apart from providing customers with a full suite of customised services, TNT also offers cost advantages by consolidating shipments. Customers can also be confident in the service as TNT seeks to ensure that staff members constantly upgrade their skill sets, and are always kept up-to-date with the most current knowledge of health, safety and customs regulations. 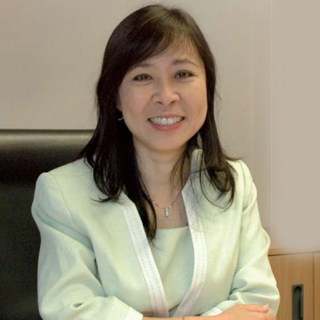