Clinical Trial Agreements set out how a clinical trial will be run at the site and are an essential GCP document. There are a number of key factors that determine whether a Clinical Trial Agreement is successful in achieving that purpose which we will review from Novotech’s perspective as an Asia Pacific CRO.

Clinical trial agreements are an essential GCP document and are integral to achieving clinical trial success. They define the legal relationship between sponsors, Clinical Research Organisations (CRO) and sites, and establish the rules under which the clinical trial will be conducted. There are several key criteria which determine whether A Clinical Trial Agreement (CTA) is successful in achieving this.

In this article, we will review the development of CTAs from the CRO perspective – that of being the main party negotiating between sponsors, site management and principal investigators to draft an effective agreement which facilitates clinical trial start-up and the all-important patient recruitment.

Drawing from Novotech’s clinical trial industry experience, we have found negotiating CTAs in some countries can (unnecessarily) take months —these delays can impact investigator engagement and the enrolment of patients eager to be part of an upcoming clinical trial. Key to reducing potential delays is ensuring a good working relationship between sponsor, CRO and site to conduct the clinical trial.

Below are four core elements to be considered when approaching the planning of a clinical trial and drafting CTAs:

There are a number of combinations of parties to a CTA, many of which often depend on country or site-specific requirements. If a CRO is conducting the clinical trial for a sponsor, they will usually enter into a CTA with the site, with the site and principal investigator (PI) together, or with the site as a party but where the PI acknowledges their responsibilities set out in the CTA.

In any given country, understanding the right combination of parties required for a successful CTA depends on local expertise and knowledge. It is crucial you ensure you have the right parties agreeing terms so your CTA accurately reflects what will occur during in the conduct of the clinical trial – and that this arrangement is consistent with locally accepted practice and global GCP standards.

In Australia, a specific CRO CTAdrafted by the industry body Medicines Australia1 is required for public hospital sites in the South Eastern Border States of Queensland, New South Wales, Victoria and South Australia. In practice, a form of this CTA is used by most public and private sites. Sponsors who often use CROs in Australia as a local legal entity are required to sign the CTA and provide the patient indemnity to the site – a service which CROs in Australia are able to provide.

In Asia, it is important to note that some country sites (including Hong Kong) may not agree to CTAs with CROs as they require an agreement directly with a sponsor, even though a CRO has been appointed to manage the trial on behalf of the sponsor.

Some countries (like the Philippines) are new to including sites as a party to the CTA2. Previously, CTAs were signed between a CRO and the PI. This is because, unlike in other countries, PIs in the Philippines are not engaged by the site.

Providing the Appropriate Authority for the CRO

If you are a CRO or a sponsor using a CRO to conduct a clinical trial, it is imperative the CTA adequately and clearly outlines the CRO’s scope of authority to conduct the trial, so the site and PI are able to receive information, instructions and funds from the CRO. If the sponsor is a party to the CTA, including a clause to this effect in the CTA can often avoid the need to have separate letters of authority signed by Sponsors.

Have an Empowered Sponsor Representative Involved in CTA Discussions

An upfront discussion regarding CTA terms provides the CRO with an opportunity to demonstrate and clarify:

Key CTA Clauses to Include

Clinical trials are increasingly global, multi-site and multi-regional affairs; and in this context, agreeing a standard CTA for your clinical trial can be challenging with local country templates and requirements taking precedence. However, outlined below are several key clauses which should clearly and plainly feature in any CTA:

All CTAs should expressly require the conduct of the clinical trial comply with GCP and that all parties to the CTA conduct their respective roles and responsibilities in accordance with GCP.

Conduct of the clinical trial

The responsibility of the PI to conduct the clinical trial in accordance with the protocol, Ethics Committee (EC) / Institutional Review Board (IRB) conditions and relevant professional standards must be included in the CTA. Detail around EC/IRB approvals, study documents, cooperation with CRO, safety and reporting should be included for clarity as who is to do what and when.

CTAs include protections around confidentiality, personal information and use of the study drug which protects patients, PIs, sites, CROs and sponsors. Crucial points which allow each party have confidence in the other party(s) conduct of the clinical trial include:

• What information is considered confidential
• How personal information will behandled
• How the drug or product being investigated is to be managed at the site.

Indemnities which provide compensation to patients who suffer personal injury, harm or death attributable to the clinical trial are a basic requirement. That said, the breadth and scope of an indemnity can vary from country to country.

It is preferable that the indemnity (and any applicable compensation guidelines) are part of the CTA. Some countries and sites may have a form of side letter which sets out the patient indemnity. Either way, the availability and scope of the indemnity ultimately provided by the sponsor to patients participating in the clinical trial must be clear to all parties to the CTA— and of course to the patients themselves via the Informed Consent Form.

The ability to use results and research from a clinical trial is a key asset for both sponsors and sites in relation to funding for future activities. Sites will always require publication rights and sponsors will always want first right of review, authorship credits and time delays on publication.

A good publication clause should include reasonable detail about:

Intellectual Property (IP) (such as data, documents, know-how, inventions, etc) in relation to clinical trials can sometimes be difficult to negotiate. Both the sponsor and the site will want to leverage IP derived from the conduct of the clinical trial. What is often agreed is that the site will have rights to the background IP which it contributes to, while the sponsor will have full licence rights to use that background IP to market the study drug.

The Sponsor will usually require absolute ownership of IP created during or arising out of the clinical trial. To avoid any future issues around IP ownership, it is important to require the site warrants that any IP it creates or owns does not (or will not) infringe on any IP owned by a third party.

Insurance is a given for sponsors and CROs. However, that isn’t always the case for sites and PIs as professional indemnity insurance is not always applicable in some countries or regions.

While an insurance clause requiring the site and/orPI3 to hold professional indemnity insurance during the clinical trial and for a reasonable time thereafter ought to be included in all CTAs; it may be that the site or PI do not hold the applicable insurance or that insurance is not locally available to them.

It is important to have an upfront discussion about applicable insurance with the site and PI. If the CTA is signed and is not correct (for example the site agrees to hold insurance when in fact they do not), the sponsor or CRO will have taken on additional risk without factoring this into their decision making around a site or country. There are options available to sponsors where a site or PI doesn’t hold insurance (such as taking out insurance on their behalf ).

Termination rights of all parties to the CTA need to be managed against the reality that clinical trials may discontinue at any given time for a variety of reasons.

A CRO must ensure they have the ability to terminate a CTA if the sponsor decides to end the trial early, reduce the scope of the trial to exclude a site (for example where no patients have been recruited by the site) or for safety reasons. Any early termination of a clinical trial often comes with a reasonable amount of effort and time to wind up the clinical trial, so there needs to be a term outlining cooperation between the CRO, site and PI if that occurs.

Getting your CTA right as early as possible in the clinical trial process will allow the sponsor, CRO, site and PIs to focus their full attention on patient recruitment and the successful conduct of the trial.

3. Depending on who is a party to your CTA 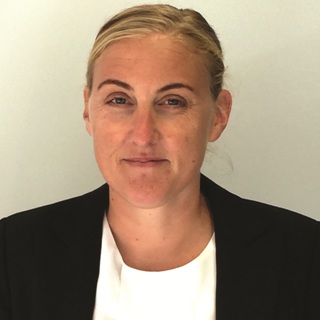 Veronica joined Novotech in May 2014 to formalise the legal function at Novotech. Prior to Novotech, Veronica held roles as Senior Legal Counsel at EY, Senior Solicitor at Clayton Utz and General Counsel (on secondment) at Novartis Pharmaceuticals Australia Pty Limited. Veronica has a broad range of legal experience encompassing commercial, corporate, litigation, regulatory and compliance and specialises in working in highly regulated environments. Veronica holds a BA/LLB/LLM.