Kenneth I Kaitin, Director and Professor of Medicine, Tufts Center for the Study of Drug Development Tufts University, USA

In response to growing pressure to improve the efficiency of the drug development process, many pharmaceutical and biopharmaceutical companies are turning to emerging markets to reduce R&D costs and speed development times.

These are very challenging times for the research-based pharmaceutical and biopharmaceutical industry. While profits have remained relatively high for many of the top-tier companies, stock prices have tumbled precipitously. Since 2001, market capitalisation for the major companies has dropped cumulatively about US$ 580 trillion. In other words, over the last seven years, despite positive revenue growth, the large pharma sector has lost over a half trillion dollars in value. How does one explain the counter-intuitive finding of high profits and low stock values? The likely answer is that investors have lost faith in the ability of pharmaceutical firms to bring new drugs to market, to contain spiralling research and development costs, and to mitigate the high rate of pipeline failures. The substantial decline over the past decade in the rate of new drug introductions globally dramatically underscores the scope of the problem.

Over the past 32 years, the Tufts Center for the Study of Drug Development (Tufts CSDD) has documented the time, cost, and risk of new drug development. Based on recently published data, Tufts CSDD estimates that the average capitalised cost to bring one new biopharmaceutical product to market, including the cost of failures is US$ 1.24 billion in 2005. These high R&D costs can be attributed to a variety of factors, including industry’s growing utilisation of expensive discovery technologies, such as high-throughput screening, combinatorial chemistry, and pharmacogenomics. Other factors include industry’s increasing emphasis on developing products for chronic and complex indications, and the rapid growth in the size of clinical studies. Larger clinical studies require the recruitment and retention of greater numbers of study volunteers. As a result, subject enrollment has become a formidable bottleneck in many drug development programmes. Finally, high candidate attrition rates and late-stage failures in the development process, two areas where industry has not been able to improve significantly its performance over the years, continue to exert a profound impact on high overall R&D costs.

Current Tufts CSDD data indicate that the average time to bring a new pharmaceutical product to market, from the start of clinical testing to FDA approval, is 8.5 years, and the clinical success rate is 21.5 per cent. (Clinical success rate refers to the likelihood that a candidate beginning clinical testing will eventually reach the marketplace.) It should be noted, however, that these figures vary considerably based on therapeutic class. For example, in the neuropharmacologic area, which includes drugs for Alzheimer’s disease, schizophrenia and depression, the time from initiation of clinical studies to regulatory approval is 10.8 years, and the likelihood of clinical success is 14 per cent, and for oncology drugs, those numbers are 9.3 years and a very dismal 8 per cent, respectively.

Across the pharmaceutical and biotechnology industry spectrum, companies are re-examining old and inefficient models of R&D and embracing new approaches to enhance productivity and performance, in an attempt to bolster efficiency. In particular, companies are expanding their R&D activities into emerging and lower cost markets, increasing their utilisation of strategic outsourcing, growing their use of information technologies in clinical trial protocols and patient recruitment, and speeding the adoption of enhanced clinical study designs, including adaptive clinical trials. In addition, many companies are re-evaluating their emphasis on blockbuster drug development strategies, that is, those focussing on broad disease areas with large sales potential, and are turning their attention to R&D strategies that address narrower patient populations, unmet medical needs, and personalised medicines. Across the industry, many companies now acknowledge that small incremental improvements in R&D efficiency will not be sufficient to remain competitive in today’s challenging economic environment. Rather, companies must embrace transformational change in the R&D paradigm, by identifying and eliminating inefficiencies in the drug development process, and adopting approaches that will boost performance and productivity.

Offshoring opportunities
Today, nearly every major pharmaceutical company is conducting a portion—in some cases over 50 per cent—of its ongoing clinical studies in emerging markets, and that number is certain to grow in the coming years. In fact, major drug sponsors project that, within the next three years, up to 65 per cent of Food and Drug Administration (FDA) regulated clinical studies will be conducted outside the US. The move of US- and Western Europe-based pharmaceutical companies to conduct an increasing share of clinical studies in emerging markets has fuelled a rapid growth in the number of clinical investigators registered to conduct FDA regulated clinical studies. A recent Tufts CSDD analysis of the FDA’s Bioresearch Monitoring Information System (BMIS) database reveals a staggering 379 per cent increase between 2000 and 2006 in the number of registered clinical investigators in China and Russia, and a whopping 433 per cent increase in India.

Initially, the primary inducement for moving drug development activities outside of the US and Western Europe was the opportunity to conduct trials at a fraction of the cost of conducting those same studies in the companies’ home market. For example, an analysis by A.T. Kearney estimated that the average cost to conduct a clinical study in one of the so-called BRIC countries (Brazil, Russia, India, and China) ranges from 61 per cent of US costs in Brazil, to 40 per cent of US costs in Russia. Similar savings are seen in other Central and Eastern European, as well as Latin and South American countries. Despite the cost advantages, many major pharmaceutical companies now suggest that cost savings is no longer the primary reason for conducting clinical studies in emerging markets. Rather, companies are attracted by the opportunity for rapid enrollment of subjects for clinical trials, a major bottleneck in the drug development process in the West, and the resultant promise of obtaining regulatory approval and reaching the marketplace more rapidly. Faster access to the market means that companies can start generating revenues on the product earlier and can extend the period of effective patent life.

Rapid patient enrollment also means that sponsors can establish proof-of-concept more quickly, and can potentially avoid expensive and unnecessary Phase III trials on products that are destined to fail in development. Moreover, studies conducted concurrently in a developing country and in the US or Europe can provide data to supplement FDA or European Medicines Agency (EMEA) applications. Also, large patient populations and disease-specific clinics can facilitate clinical trials on disease subsets and speed the development of personalised or stratified medicines.

There is an additional reason why companies are interested in establishing a presence in certain emerging markets. The reason is that some of these countries will likely be significant economic forces and offer large potential markets in the future. According to the Indian Council for Research on International Economic Relations, the US currently comprises 21 per cent of the world’s Gross Domestic Product (GDP), but that number is expected to drop to 15 per cent by 2035. During the same time period, however, India’s share will grow from 6 per cent to 15 per cent, and China’s will grow from 11 per cent to 27 per cent. Those companies that have development and manufacturing capabilities and a distribution network already established in these emerging markets will have a distinct competitive advantage in the coming years over companies without such capabilities.

The interest of Big Pharma in conducting an increasing share of clinical studies in emerging markets has not been overlooked by the governments of these countries. Seeing the opportunity to bring needed money and staff training to hospitals, medical schools, and regional research centres, stimulate the domestic life sciences industry, and boost local economic growth, many developing countries have invested heavily in improving drug development infrastructure and reducing bureaucratic obstacles. Many emerging markets, including Brazil, Chile, Argentina, China, India, and the countries of Central and Eastern Europe, have bolstered the local drug development landscape in an effort to attract Western investment. These efforts not only resulted in growth in their clinical development capabilities, but also significant expansion of research and discovery capabilities. In addition, many developing countries now offer a broad availability of trained and skilled human resources, a growing number of both local and multinational Contract Research Organisations (CROs) and other service providers, improved standards for pharmaceutical manufacturing, and more efficient regulatory oversight of the drug development process.

Despite these efforts, many challenges remain for emerging markets that wish to be major players in the global drug development landscape. Underdeveloped infrastructure, ethical oversight, inadequately trained local investigators, and unreasonable bureaucratic hurdles in developing countries continue to represent significant concerns for drug sponsors. Much work still needs to be done to reassure drug developers and regulatory agencies that studies conducted in emerging markets conform to the highest standards of ethics and quality. Achieving that could be a win-win situation for the multinational research-based industry, developing countries, and waiting patients. 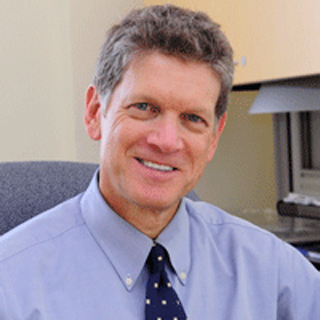 Kenneth Kaitin is Director of the Tufts Center for the Study of Drug Development, an academic drug policy research group, and Professor of Medicine at Tufts University School of Medicine in Boston, Massachusetts, USA.