China from other competitors such as India, Russia and Brazil is that there are many patients in China who can afford expensive products. In fact, just about all of the multinational pharmaceutical companies have in-licensing groups that are particularly focussed on oncology.

What are the prospects for conducting clinical trials in China?

There are a number of driving factors that make China very attractive for conducting clinical trials. People are already aware of most of these factors-relatively inexpensive market in China, its growth potential and reasonably easy access to patients. Additionally, there has been an increased push from the US for Post-Marketing Surveillance (PMS). In this regard, China is perhaps the most attractive destination in the world for doing this sort of work for two reasons. There are two reasons in addition to the ones normally sighted for conducting trials in China-lower costs and access to many patients. As we know, the China market is very robust for sales with more than 20 per cent growth per annum. However, lesser known is the fact that the cost of changing physician prescribing patterns at leading hospitals (which account for a majority of the sales of "western" products) is very expensive. The repetitive nature of PMS trials allows for a cost-effective manner of changing these patterns. In addition, most people do not understand that it is difficult for companies to cost-effectively remove profits from China. Therefore, companies are looking for alternative ways to "export" profits and one way is to conduct clinical trials and exporting data.

Is getting approval for a clinical trial application a time-consuming process in China? If yes, how will it affect the market and the players?

The simple answer is yes. However, what most pharma companies look at is not just approval time but, more importantly the timeline for the first patient enrolled. Ethical Committee (the China equivalent for an IRB) approvals and hospital contracting, both normally take less than six weeks in total. So, although it takes a long time to get approvals in China, the time taken to get the first patient enrolled is very less. When we consider this fact, China is not nearly as slow as people imagine.

What is the current status on intellectual property issues in clinical trials in China?

Today, we have as our client base 19 of the top 20 global pharma companies. Every one of them is utilising China as part of their global clinical trial activities. Today, the issue of IP is no longer a matter of great concern, at least among Big Pharma. The law was changed significantly few years ago to ensure enough protection to new intellectual property.

What is your opinion on the way the issues of informed consent, ethics and regulatory compliance in clinical trials are addressed in China?

There are about 250 hospitals in China that have been approved to conduct clinical trials by the government for the purpose of utilising the data for local registrations. These hospitals are carefully checked by the government before they are approved to conduct clinical trials. Such checks include how they handle informed consent. So among these top hospitals today, there is a good record of being able to register true informed consent from patients. Having said that, we at Excel are willing, should our clients ask us to go one step further, to actually videotape the patients' consent. But generally speaking, informed consent among the top sites and top investigators is really a non-issue.

Do you feel that foreign CROs have an edge over the local companies in China?

We can classify ourselves as a local company with internationally experienced management. Such a combination of global expertise at reasonable pricing has proved to be the winning combination in China. We have been able to retain international management and knowledge and at the same time are able to navigate the idiosyncrasies of the China market. Generally speaking, the purely local CROs do not have the expertise to service all the needs of the multinational pharma industry. Conversely, global CROs are quite expensive and have a mixed performance history. The typical local CRO works primarily for Chinese pharmaceutical companies.

What are the steps being taken by CROs to reduce the gaps between the international and Chinese standards for conducting clinical trials?

The difference between Chinese and global standards is relatively little. The difference is largely in the standard of thoroughness rather than the standards themselves. For example, if you look at a local CRF, it tends to be about half the length of a multinational CRF. So, although the same ICH GCP standard is applied to both CRFs, the amount of information that a local company needs is significantly less than what a global client might need. This is understandable since local companies primarily work with generic pharmaceuticals. Similarly, the amount of monitoring visits and quality review required for local trials is far less than that of their foreign counterparts with innovative products. While the standards are basically the same, the primary difference lies in how robustly one follows those standards.

What are the new opportunities / areas for clinical trials in China?

The largest area of growth that we have seen in the last year is in PMS studies. In November 2007, a new law was enacted in the US called H.R. 3580, in which the FDA was given both the budget and considerable enforcement powers to require companies to do large-scale PMS trials. The result is that many US companies are now struggling to find ways in which they can enroll large numbers of patients at a relatively low cost. Only China and India are able to meet this bill. The PMS studies have seen the biggest spurt in the business that we have seen in the last year or so.

What according to you needs to be done to give China an edge over competition from the other countries?

One important issue is the lack of qualified staff. The number of trained staff to conduct the increasing trials as compared to the amount of work coming to China is far from sufficient. And, probably this is going to be the biggest hurdle in the coming years and we need to find more and better ways to train people involved in clinical trials.

Any other area that you would like to focus on?

I think that we are seeing a lot of trials in the oncology area as well and the reasons are two-fold. One is the availability of patients and the other is relatively low-cost trials. However, a major factor that distinguishes China from other competitors such as India, Russia and Brazil is that there are many patients in China who can afford expensive products. In fact, just about all of the multinational pharmaceutical companies have in-licensing groups that are particularly focussed on oncology. So, other than post-marketing trials, oncology trials are the other area where we continue to see a significant increase in demand. 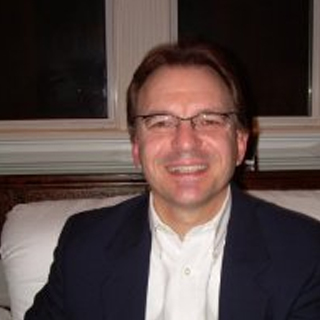