1. From and Indian biotech / pharma company’s point-of-view, what is better, a partnership or an acquisition?

It is difficult to answer because it is different for each company. It depends on the strategies and the objectives of the acquirer. If they feel they have specific skills that they can tap into which can be better addressed in partnership, for example drug discovery, if they want to do drug discovery then may be partnership is better. But if they want to gain scale and gain size in India, then may be acquisition is better. So it is directed towards the objective.

2. With smaller firms being targeted, where does this leave the big pharma acquisitions that were so rampant not so long ago?

Both small and large firms are being targeted. If you see in recent days there was lot of talk about Wockhardt, Nicholas Piramal in the press. Talking from an Indian perspective, those are large firms. And in the global level, you have seen some billion dollar mega mergers between Pfizer and Wyeth, Merck and Schering Plough. On the contrary, big firms are equally in demand.

3. With more multinational companies showing interest, the M&A activity in India is expected to go up in the near future. What does this mean for the Indian pharma sector? Do you think it was long overdue?

I don’t think it is long overdue. It is just that now after Daiichi Sankyo bought Ranbaxy a lot of Indian promoters began to think about should we sell or should we hold on. Because if we hold on, it would require a lot of investment and in far away future generics may become increasingly difficult to make money from. It is a big business, but may be if the big pharma enter, the returns may go down. So it is better to sell now when the value is high than later. So one thinking like that has come. In terms of foreign multi-national companies, they also have started thinking last two to three years that India and China are the most attractive markets.  And they need to do more to increase the size of their companies here which is actually small. So both from MNCs who want to increase the size in India, and from Indian promoters who may want to cash in, that means that there is a likelihood that the deal may be done.

1. How important will be strategic alliances and partnerships for the growth of Indian pharmaceutical market?

Alliances and partnerships will be very important because of two reasons. 1) The Indian market has already entered into the patent era and 2) Indian companies still have very lean product pipeline as of now. Developing a product pipeline is being considered seriously and will be an essential factor for the growth of the Indian pharma market. Strategic alliances in terms of co-marketing and co-promotion will be an important issue for those who would like to promote their products in Indian markets. Similarly, partnerships with Indian companies as well as multinationals which are happening at different levels-at equity level, market level, manufacturing level and R&D level-will be very useful for the growth of the pharma market in India.

2. How do you see the Indian pharma industry in the next five years in terms of innovation as well as partnering with the big pharma?

In terms of partnerships, there are very good chances-a number of companies are likely to come to India. India has created that hype-now we can use the word hype. Today every country is looking at India and everybody sees India as a very big opportunity. So partnering with India will definitely happen. In terms of innovation, it will be at the co-development level where lot of innovations will take place in collaborations like co-development, co-assistance, co-marketing, co-selling, co-promotion, etc. There is a lot to be done because, still people are worried about taking the responsibility of hiring and training manpower. Everyone would like to get into more innovation partnerships in India and that will happen.

3. Should the Indian pharma companies look at partnering with other Indian companies?

Yes. But there is a mindset issue. It is the not issue of economics but the identity which Indian companies try to keep intact. For example, in Indore, we have nearly six or seven companies which are operating in formulations. Each one of them has around 300 to 400 people and is worth not more than Rs. 25 crores. Merged together they will perhaps become a Rs.150 crore company and may not require the 1800 (300 x 6) people. Given the economies of scale that will follow will they be able to come together? The answer is perhaps NO.

1. With more multinational companies showing interest, the M&A activity in India is expected to go up in the near future. What does this mean for the Indian pharma sector? Do you think it was long overdue?

Thereafter, the Indian Economy started opening up, and the industry made efforts to integrate with its global counterpart. Increased M&A activity is the consequence.
Indian pharma companies have acquired companies abroad and Multinationals have made acquisitions in India. To the Indian pharma companies, this brings an opportunity to play on a much bigger turf, and learn to acquire skills to play on a much wider turf.

The acquired organisations will expect to see quantum jump in the volume of activities, since most acquirers would like to leverage the cost advantage to supply to global markets. The acquirers would have to learn to ‘quickly digest the acquisitions’ and operate in different, challenging and rapidly changing environments.

2. With smaller firms being targeted, where does this leave the big pharma acquisitions that were so rampant not so long ago?

Large or small, companies are valued for their strategic worth. There has been a healthy debate on ‘sense’ of Big Bang Acquisitions in Pharma Industry for a while. Big Bang acquisitions are difficult to digest. Going forward, wisdom shall prevail. However, as of now, many large pharma companies have made their intent public by announcing that they would stay away from Big acquisitions.

3. From and Indian biotech / pharma company’s point-of-view, what is better, a partnership or an acquisition?

Partnering is always a better option from Indian perspective.

1. Why do you think PPPs are necessary in the current scenario?

The global pharmaceutical industry is in the middle of a pipeline crisis. The number of incidences of approved drugs being withdrawn from the market and the molecules from development is increasing. Added to this, the looming loss of revenue from a number of blockbuster drugs going off patent in the next few years has put a lot of pressure on global pharma companies to come up with novel drugs which are safe and can meet regulatory requirements. Indian companies which till recently were not under pressure to innovate too have been forced to go down the challenging path of drug discovery and development thanks to the TRIPS agreement. One way of overcoming these issues is through collaborations and partnerships. Partnerships with both private companies and public funded institutions i.e. PPPs is being seen as an effective strategy to reduce pipeline stress and also keep the spiralling cost of drug discovery and development under control.

2. What promise does the Public Private Partnership model hold for the industry today?

PPP is one of the ways in which industry can tap into the vast knowledge base that has been generated by these institutions in basic sciences. Today it is acknowledged that in order to make effective and safe drugs we need to apply basic biology knowledge to the process of drug development. This knowledge is mainly found in academia and the scientists and researchers from these institutions are well placed to apply this knowledge to the drug discovery and development process. Genomics, Proteomics and Systems Biology knowledge are increasingly being used in today’s drug and diagnostic development. But the expertise for this type of high-end basic research lies with academic research institutes. Scientists in private companies have the ability to apply this basic research into developing novel products and services.

3. What are the prerequisites for a successful adoption and use of the Public Private Partnership model?

One of the most important prerequisites for a successful PPP is a proper due diligence process in order to confirm the mutual benefits of the cooperation. The objectives of the cooperation have to be clearly communicated between the partners. Both parties should be committed to dedicate time and resources for the project. The project for which the PPP model is being utilised has to be commercially feasible. An effective mechanism has to be agreed upon by the two parties on the commercialisation of IP generated from the partnership.

Steps should be taken to maintain confidentiality of the data generated. These steps should be worked out in consultation with both parties and has to be agreed upon before the partnership can take off. 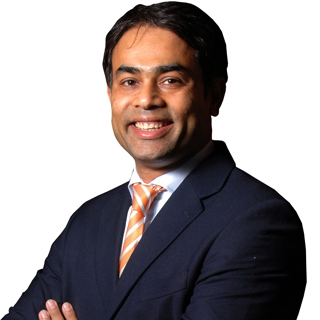 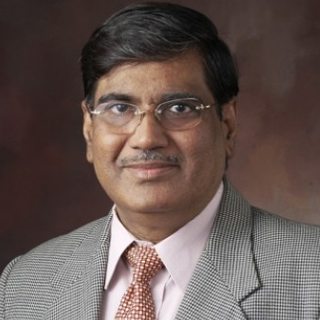 R B Smarta is the Founder and Managing Director of Interlink Marketing Consultancy Pvt Ltd. Through Interlink he has added value to corporate brands, therapeutic brands, fast moving healthcare brands, in-organic and organic growth of corporates and sales & marketing ROI of corporates. He is also a member of CII Drugs and Pharma National Committee for the Year 2007-08. He is currently working on Business Models, Business Strategy, Emerging Markets and Global Business Opportunities for Pharma, Healthcare Industries. 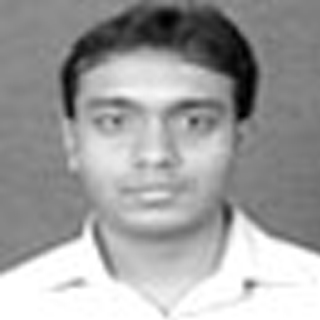 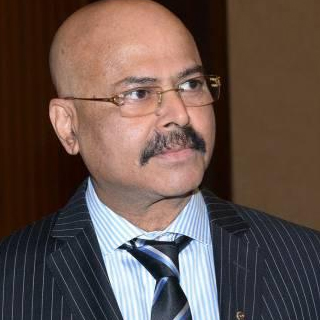