What do you think are currently the landmark achievements in pharmacogenomics?

In his 2015 State of the Union address, US President Barack Obama announced the Precision Medicine Initiative. Its “to enable a new era of medicine through research, technology, and policies that empower patients, researchers, and providers to work together toward development of individualised care.” This was a major initiative undertaken by the White House to bring precision medicine into clinics. Several other major initiatives are underway to make precision medicine a reality. Currently, more than 150 US FDA approved drugs carry pharmacogenomic information in their labelling. Genomics is now being included in many early stage clinical trials. These developments coupled with the rapidly falling cost of genetic testing are tilting the cost-benefit scales in favour of routine and preemptive pharmacogenetic testing at least in higher age brackets to begin with.

What is Pharmacogenomics testing?

Pharmacogenomics (PGx) testing is a genetic assessment carried out to determine whether an individual is a poor, normal or extensive metaboliser of a certain drug. Depending upon the metaboliser status, the physician may prescribe the standard dosage, or adjust dosage or prescribe an alternative drug. This is in contrast to standard practice of trial and error, where, first the standard dose is prescribed followed by an assessment of whether this dose and drug is effective or not and repeating the process as many times as necessary to get to the optimum dose of the right drug. The current practice of trial and error is a massive drain on healthcare resources at the individual and national level. The objective of pharmacogenetic testing is to give the right drug, to the right patient at the right dose without trial and error. Often PGX is combined with parameters such as drug-drug and drug-food interactions to make it highly effective.

Almost all individuals, regardless of age group are prescribed drugs for incidental, chronic and acute medical conditions throughout life. Many commonly prescribed drugs such as pain, allergy and other drugs have PGx information available for them. From this perspective, getting a one-time, low-cost PGX assessment done that has a life long utility can be considered useful. Having this information in advance empowers the physician to prescribe the right medication at the right dosage.

Pharmacogenomics testing becomes even more important for those patients who are on multiple medications, patients whose current prescriptions are not working, patients who are on complex drug treatment plans, patients who have previously experienced adverse drug reactions to medications, and those prescribed any of the more than 100 FDA-approved drugs where pharmacogenetics information is included in black box warning including the following: Plavix® (clopidogrel), Coumadin® (warfarin), Strattera® (atomoxetine), Lopressor® / Toprol® (metoprolol).

What are the possible test results?

The degree of responsiveness to a drug depends upon the genetic variations present in the patient, resulting in four possible categories that affect drug metabolism and consequently clinical outcome i.e., response and toxicity. These categories include:

In addition to genetic variations, age, gender, disease, etc. also play a vital role in the body’s response towards a drug.

What are the potential benefits and risks for the patient?

Genetics is one of the factors influencing drug safety and efficacy. So, a physician should also consider other factors such as age, gender, and weight that may influence response to a drug.

What, in your opinion, are some of the major challenges to personalised treatment?

The science of targeted therapies, also referred to as personalised or stratified medicine, has the following challenges:

• Limited awareness among patients and medical community
• Time taken to deliver results; pointof-care testing is critical in some emergency cases
• Treating genetics as a standalone diagnostic tool. A comprehensive assessment of drug-drug, drug-gene, and drug-food interactions needs to be part of the prescription process
• Inconsistent standards for evaluating diagnostic and predictive genomic tests
• Lack of ethical and regulatory guidelines, and lack of incentives for genomic medicine.

What are the most significant risks or issues that are involved in the incorporation of pharmacogenetics into clinical research or clinical care?

Despite the numerous benefits precision medicine has to offer to medical practice, there are barriers or issues that must be overcome for their integration into clinical practice or research.

• The knowledge gap of professionals
• The lack of decision support systems integrated with clinical data
• Lack of international collaboration
• Study design limitation
• Regulatory and ethical concerns
• Ethnicity and influence of non-genetic factors
• Lack of standardisation and guidelines for test implementation. 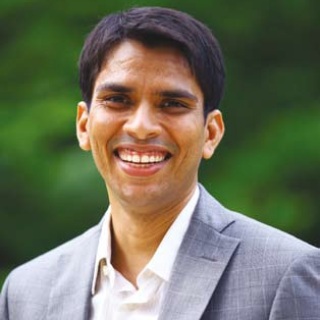 Saleem Mohammed completed his PhD in Bioinformatics from the US and moved back to India to pursue his dream of pioneering in the field of biotechnology. He founded Xcode with a vision to bring India in the forefront of personal genomics. Previously, he worked as a Scientist in Gene Expression Technology at Monsanto, a biotechnology giant. 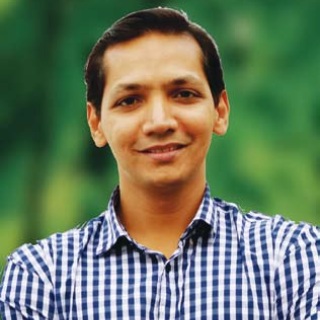 Abdur Rub holds a Masters in Engineering from University of Cincinnati and a PhD in Biomedical Sciences from the University of South Florida (USF), USA. He has co-authored over 25 journal papers and has over 50 international conference proceedings in a variety of scientific disciplines. His main scientific contributions are in the areas of in vitro diagnostics, genetic sequencing and gene amplification technologies.