A new era in biotech

\"Biosimilars will eventually bring down the cost of biological medicines and in doing so will expand the market\", Cecil Nick, Principal Consultant, PAREXEL Consulting, UK.

The era of generics is all set to hit the biotech industry. Not so long back, the fledgling industry for biosimilars was threatening to not take off due to the lack of proper ground work of regulations. But the strengthening regulatory framework for biosimilars, especially in Europe­—with USA expected to follow suit—might have given biosimilars a fresh lease of life. This is very good news for the industry. Under the new regulations, biosimilars will undergo an extended procedure for authorisation. However, apart from safety issues and extended post-approval surveillance, similarity of biosimilars when compared with original brands remains the biggest challenge.

In Europe, a specially-adapted approval procedure had been authorised and the first biosimilar was approved back in April 2006. This, however, was an exception as there was a lack of consensus on several issues. Similarly, unending debates and arguments made things even slower in the USA.

The rise of biosimilars is particularly interesting in the Asian context. It is said that depending on legislation, companies in India and China will be able to produce their own versions with 30 per cent lower prices than the originals. This has made Indian and Chinese bitoechs targets for acquisition. Recent news about GSK looking to acquire a stake in Shantha Biotech is being a case in point.

After initial reservations, it is now clear that physicians are gradually getting positive about prescribing biosimilars. Though the argument regarding International Non-proprietary Names (INN) and interchangeability of the products with different INNs remains unresolved, the interest in biosimilars has grown steadily.

Though biopharmaceuticals are considered to be more effective they are also more expensive. Their high prices have played a crucial role in them lagging behind molecule-based drugs. With low cost biosimilars, this situation will change. No wonder then that biopharmaceuticals have been outperforming the market.

Despite opposition from originator companies and delays by the US FDA, the European market continues to grow and biosimilars market is on the threshold of rapid expansion and represents one of the most evolving areas in the biopharmaceutical industry. According to IMS data, the value of generic companies in the biopharmaceutical industry was US$ 85.9 billion in 2007 and is estimated to exceed US$ 135 billion by 2011.

Sujay J Shetty, Associate Director of Pharma Life Sciences Advisory at PriceWaterhouseCoopers and Ganesh Nayak, Executive Director at Zydus Cadila talk about the M&A and Partnerships scenario in India. We also feature challenges in handling of counterfeiting medicines, pharmaceutical theft and dangers of the internet. 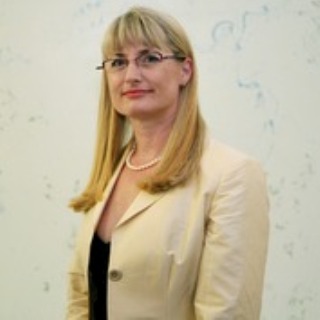 Mateja Urlep, is the founder and CEO of TikhePharma, specialised in biosimilars and biopharmaceuticals. Formerly, she held the position of Global Head Marketing and Medical, Sandoz Biopharmaceuticals, Sandoz Int.