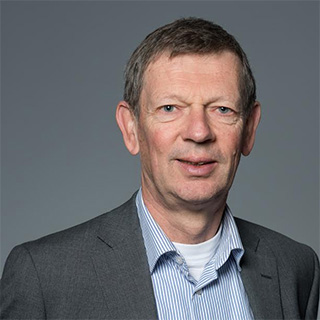 Ton Rijnders is the Head of Screening at the European Lead Factory. He holds a Ph.D. in molecular biology and has an extensive experience with drug discovery in pharma, with increasing managerial and scientific responsibilities. Since November 2017, Ton is the General Director of Oncode Institute and has been involved since the very beginning in European Lead Factory via the partner Lygature.

Besides its size, what makes European Lead Factory really unique is its setup and how it boosts the enrolled drug discovery projects. One aspect is the establishment of a unique compound collection; based on high quality compounds from seven pharma companies, supplemented with novel high quality public compounds from academics with different properties than the pharma compounds. The other aspect is making this combined compound library available for screening to the research community through crowdsourcing of drug targets.

These drug targets can  originate from any European academic institution or small- to medium sized enterprise (SME). For successful applicants, ELF will run the screening and triaging of compounds on their drug targets. Two huge advantages for both academics and SMEs are the access to this library, which is not accessible in any other way and that all screening costs are covered by IMI funding.

2. The European Lead Factory has been running for 5 years. Can you describe the outcomes of ELF after these 5 years?

Five years is actually a short time span in the drug discovery sector. However, in these five years ELF had set up the entire library as well as the entire screening mechanism. We did manage to run our first screen merely eight months into the project. ELF has selected target programmes continuously over the past years. As a consequence, there is only a limited number of programmes that has progressed to the stage where results can be disclosed.

Nonetheless, we have seen some spectacular resultsalready now; novel targets, including difficult ones such as protein-protein interactions, have been provided with highly active new compounds, which are currently proceeding into further biological screening and are even considered for out-licensing. Looking at the timelines of the projects, we expect a lot more results in the future.

3. Can you tell us more about the future results you expect? Do you predict that ELF will affect the access to medicines in the future?

The biggest impact that we can expect from a setup such as the European Lead Factory is that it accelerates innovation. Within academia, there are often various innovative ideas, which remain ideas, without realising into tangible chemical compounds that can translate these ideas into to real innovative treatments in the clinic. With ELF, we found a mechanism to accelerate this transition from an idea to a new drug discovery project.

I don’t think such an early-stage drug discovery platform will have a significant impact on timelines further down the development pipeline. This is also not what ELF is about. It is meant to create starting points for truly innovative therapies and accelerating those. In this sense, ELF has all the potential to eventually bring better medicines faster to the patients.

4. What do you see as the success factors of ELF?

We have good evidence, that ELF can discover novel chemical matter for targets including  the attempts with other compound collections which we have failed. By assembling a very diverse library with compounds of different origins, we increase our chances of finding highly active and tractable compounds that are progressible in the Lead Optimisation phase.

Another key success factor is to have projects that address medical needs of patients which are currently unmet. Nevertheless, we have few successful projects in the areas of Parkinson’s disease, ALS, Alzheimer, diabetes, neglected tropical diseases and antimicrobial resistance.

5. ELF is the first pharma and life sciences partnership of its kind. Do you see ELF as a new model for drug discovery?

ELF was an experiment in bringing together resources in a way that everybody gets its fair share and in interacting with the academic community and biotech companies. It is not a generic alternative model for drug discovery but with some creativity, you can certainly apply very similar mechanisms to other areas of drug discovery, such as biologics.

6. You have an extensive experience in developing public-private partnerships and establishing collaborations for drug discovery. Can you share some learnings with regard to ELF?

The public-private consortium consists of more than 30 different partners, which include seven major pharma companies, several SMEs and thirteen academic partners, with very distinct backgrounds. All these partners bring their own interests and desired outcomes to the table and most importantly, their precious Intellectual Property (IP). We tried to design a project agreement that accommodates both sharing and protection of this IP. However, we soon learned that building trust among the partners was the key issue for them to share their IP. To build this trust one of the partners Lygature, acted as an independent broker. I am convinced that if you build such a consortium it will greatly benefit from such an independent intermediate.

Another learning point I would like to share concerns the general process. Within European Lead Factory, both in the screening operations and the compound library expansion we work with a small number of organisations that have a lot of industry experience. For example, the synthesis of the novel compounds is done by five professional chemistry SMEs. The execution of screens is done by two other SMEs supplemented further by two academic groups. Using experienced SMEs to execute drug discovery projects, inspired by academic innovation and ideas, is essential to this model.

7. The European Lead Factory’s receives funding from IMI until May 2018. Do you believe the work is done by then? How do you see the future of ELF?

The work of ELF is certainly not completed. When you work in drug discovery sector, the work is never done. You have to initiate a decent number of projects to successfully get a few into the market. So, we will continue seeding new drug discovery programmes.

These first five years, provided in my view an experimental phase which allowed us to show our investors the benefits of this setup. I am convinced that these investors — IMI, the European Union, but also our pharma partners — would confirm that this experiment has been successful. We are actively pursuing continued funding for ELF, both from public sources such EU funding, as well as from charities and other organisations that may have active projects that could benefit from screening campaigns using ELF.

In the future, we want to continue and expand what we’re doing. We’ve come to realise that the resulting ELF hits are compounds that are somewhere in the range between validated hits and decent leads. Our major pharma partners are more interested in projects that have advanced a bit further. We are looking at expanding into the hit-to-lead and hit optimization phases and validating our findings in more complex biological systems, such as animal disease models.

We are also looking for other opportunities where target owners — academics, SMEs or charities — from outside the European Union could access this library through paying for having the screen performed. Any opportunity that could address unmet medical needs is worth looking into! 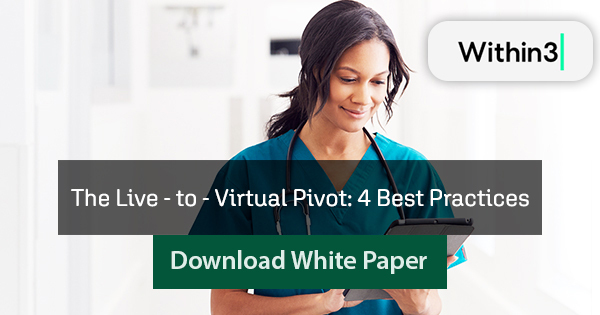