In recent years there have been more and more publications featuring spray drying to improve the bioavailability of drugs. Up to 70 per cent of pipeline drugs are poorly soluble, so use of the process is expected to increase. An overview of spray drying, including the latest advances and future prospects, is discussed herein.

Spray drying is an important unit operation, first patented in 1872. Essentially, the technique involves the pumping of a solution through a nozzle into a drying chamber, where the solvent is rapidly removed by hot gas to yield a dry powder. Over the past couple of decades, research has become more sophisticated, and publications citing enhanced formulation bioavailability (relative to unprocessed drugs) have increased significantly (Figure 1). This was driven by the high proportion of poorly soluble drugs in the market.

In this article, the importance of formulation, process optimisation, downstream processing and the mechanism of dissolution enhancement are discussed. In addition, comparisons with other preparation techniques, novel analytical methods and future prospects are evaluated. It is concluded that spray drying is likely to increasingly feature in future drug product development, due to the requirement for bioavailability enhancement and the versatility of the method.

An Overview of Spray Drying

The spray drying apparatus consists of a heating element, fan, nozzle, drying chamber and cyclone (Figure 2). Liquid is pumped through the nozzle into the drying chamber. The most common nozzle types are rotary, pressure or 2-fluid and nozzle type and geometry affects particle engineering greatly. The liquid is sprayed into the drying chamber where it comes into contact with a hot gas. Heat exchange takes place, whereby the liquid droplets rapidly evaporate and dry solid particles are formed. The particles and gas pass into a cyclone and/or bag filter, separating the dry solid powder product from wet gas. If the solvent is flammable, the drier is operated in a closed loop with nitrogen and a condenser to trap solvent. If the solvent is mostly water then the drier can be operated in open mode with air as drying gas.

A wide variety of formulation types can be prepared using the spray drying process (Figure 3). It is important to carefully choose an appropriate excipient for the dispersion. In many examples, a polymeric excipient, such as HPMC-AS (hydroxypropyl methylcellulose acetate succinate) is selected. This excipient has performed well in many cases and been tested against many different drugs(Friesen et al., 2008). However, due to the variety in API structure and the differing requirements of formulations, excipient selection is often on a case-by-case basis, to achieve optimal performance.

Pre-formulation is useful to minimise the risks and costs associated with product development. A variety of experimental, mathematical and computational approaches are available. Solvent casting is a quick and relatively inexpensive experimental method used to check the compatibility of solvents, polymers and drugs during amorphous solid dispersion development (Davis et al., 2016). The levitated single droplet method can be used to mimic the effect of formulation and process parameters on an individual particle. Mathematical models such as the Arrhenius equation have been adapted to measure the degradation rate of amorphous dispersions and predict stability. Computerised screening involving a series of partial differential equations comprising thermodynamic, kinetic and process data has also been employed to provide information on drug loading of API like itraconazole.

The Effect of Polymer Structure on Formulation Performance

The molecular structure of the polymer will have a profound influence on the stability and performance of the resulting formulation. This is due to the intermolecular forces between polymer and drug, such as hydrogen bonding. Ting and co-workers explored this by making analogues of HPMC-AS with differing levels of side groups(Ting et al., 2014). The performance of the polymers with BCS II drugs was then tested in spray dried dispersions.

Formulations can be optimised by changing one variable at a time in a systematic way. This is particularly useful when focusing on a Critical Quality Attribute (CQA). Statistical methods such as Design of Experiment (DoE), response surface methodology and Artificial Neural Networks (ANN) are popular for optimisation.

The requirements of formulations are many-fold: good solubility, stability during storage and in vivo, good powder flow and compression properties, etc. As it can be difficult to satisfy all needs with one excipient, multiple component dispersions (such as ternary) have become more prevalent, because they increase the chance of meeting these many demands (Davis et al., 2017).

Intimately mixed formulations are less likely to separate or recrystallise during processing, storage and dissolution. Solubility parameter differences (Δδ) can be calculated for polymers and drugs to predict miscibility before mixing. This is likewise related to polymer and drug structure. Drug loading, heat, moisture and preparation technique also affect miscibility.

Using two or more combined drugs in a single dosage can reduce the number of tablets a patient must consume per day and this can improve patient outcomes. The desirable physical properties of one drug can also be used to improve the properties of the other in such dispersions.

Nanoparticles can be directly prepared by spray drying. Such systems are expected to have a significant influence on drug delivery methods, such as improved solubility, protection from degradation, targeted delivery and reduced side effects. The latest publications have included Solid Lipid Nanoparticles (SLN), Nanostructure Lipid Carriers (NLC), Nano-Crystalline Powders, Nanocomposite Microparticles (NCMP), nanocapsules and nanosuspensions.

Self-emulsifying Drug Delivery Systems (SEDDS) are combinations of drug with oils, surfactant and solvent, that form oil-in-water emulsions in the body after ingestion. Recently, spray drying has been used to improve the oral bioavailability of lipophilic drugs such as erlotinib, valsartan and itraconazole using this method.

The Impact of Surfactants on the Physical Stability of SDD

Surfactants are generally included in formulations to enhance to solubility of drugs, but recent studies have shown that careful selection is essential. Taylor et al reported that nucleation from dispersions of celecoxib and HPMC-AS in acidic media was promoted by sodium dodecyl sulfate, but suppressed by sodium taurocholate(Chen et al., 2015).

A less toxic solvent such as ethanol or water is favoured, although stronger solvents like dichloromethane are often required in order to dissolve lipophilic drugs. Gas chromatography can be used to measure residual solvent levels and secondary drying is common to reduce levels to below ICH guidelines. Research into cleaner solvents, like super critical CO2, is ongoing despite solubility limitations.

The two-fluid (or pneumatic) nozzle is most common in pharmaceutical formulation, using gas (nitrogen or air) to shear the liquid into small droplets. However recent developments have seen the patenting of the pressure nozzle (Beyerinck et al., 2004), to improve powder flow properties. Vibrational nozzles have also been employed at research level to increase particle size.

Efficient downstream processing is a critical part of drug product manufacturing. The flow of powder into a tablet press die, or from a storage hopper can suffer from bridging and arching. This can lead to improper tablet weights or production delays. To improve flow, larger more spherical particles are required, although this is sometimes countermanded by the need for smaller particles with better dissolution properties. Powder flow can be measured using a rheometer to design a hopper or determine how dispersions will process. Furthermore, optimising formulation and process parameters can alter flow properties. Alternative preparation techniques, such as hot melt extrusion, will deliver formulations with different flow characteristics (Davis et al., 2018).

Mechanistic studies of supersaturation or recrystallisation

Computer simulations, spectroscopy, imaging techniques and mathematical modelling have been used to deepen understanding of the mechanism of drug supersaturation in solution. It is hoped that these insights can lead to improved bioavailability outcomes.

Comparisons with other preparation techniques

Microcentrifuge dissolution has been examined as a technique to quickly gauge the performance of SDD. Moreover, an in vitro dissolution technique capable of discriminating between crystalline and amorphous drug has been reported.

Cubosomes of docetaxel with a cumulative release of 96 per cent after 2 hours have been prepared by spray drying. Bioadhesive drug delivery ASDs of metformin hydrochloride for the oral cavity have also been made with this technique.

Spray drying is a versatile and important tool in the drive to improve the bioavailability of poorly soluble drugs. There has been a large and steady increase in publications in this area over the last decade and this trend is likely to continue. Improvements in materials science and commercial technology will impact future possibilities. Advanced rotary atomisers are now available that are not susceptible to high maintenance costs. A pressure nozzle has been patented by Bend Research that can produce larger particles with better flow. A direct drive Magnetic Spray Machine (MSM) with no bearing lubrication requirements and low maintenance costs is in production. Hovione have patented technology based on continuous production capabilities. Process Analytical Technologies (PAT) such as FBRM, laser diffraction, NIR, turbidimetry and mass spectrometry could lead to more streamlined automated processes.

Regulatory pressures will likely continue to reduce the pervasiveness of toxic solvents such as dichloromethane in favour of ethanol or water. Although super critical CO2 is a potential solution, further research is required to improve the ability of this solvent to dissolve lipophilic drugs. With the rise of information technology and an increasingly informed consumer, greener and cleaner technology is also likely to be a marketing advantage.

Further innovation is likely to come from industry-academia collaboration, or from other sectors such as personal care, detergents or food/agri. Spray drying is common in these other industries and the regulation constraints are also different. The process has a bright future in pharmaceutical drug product development, thanks to its versatility and the ongoing problem of poorly soluble drugs. 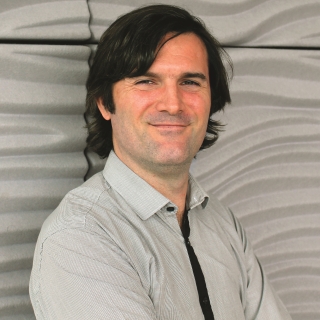 Mark Davis is a Research Fellow at The Synthesis and Solid State Pharmaceutical Centre (SSPC) based at The University of Limerick in Ireland. He has published multiple scientific papers concerning novel oral solid dosage formulations. Mark has previously worked for Pfizer and completed his PhD in 2002 at the University of Edinburgh. 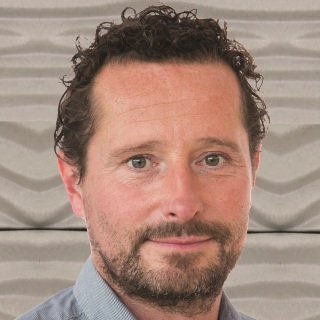 Walker holds the Bernal Chair in Pharmaceutical Powder Engineering at UL and is a Visiting Research Professor at QUB. His interests include pharmaceutical engineering, process engineering and mathematical aspects for materials processing. He has been awarded >€26m as Principal Investigator, published 178 articles and is a co-director of SSPC.