Taking new regulative guidance into account, the motivation for increasing process analytical technology systems from a scientific and administrative point of view is addressed here. Based on freeze-dried macromolecular systems, the current gains and challenges of NIR and Raman spectroscopy are discussed. The potential of spectroscopic techniques is described in more detail using the common excipient mannitol as an example.

There is an increasing interest on drug delivery systems based on macromolecules. Peptides and proteins of pharmaceutical interest constitute a growing share of the new drugs coming into the market. Traditionally, solid state properties were not the first issue when it came to formulation of these products. It has to be considered, however, that many therapeutic macromolecules are prone to various physical and chemical degradation reactions in solution and therefore have to be transferred to a solid state. Though the stability of the product is usually increased by such a transfer, the transformation process itself may damage the molecule.

Another area with an obvious need for more research activities is the processing of macromolecular systems. The current quality systems in the pharmaceutical field are focussing on the testing of end-product. Achieving relevant real-time information from multicomponent systems, such as macromolecular formulations, is not a straightforward task. Consider a typical product with numerous sequential processing steps. There are many possible pitfalls during processing that may critically affect the final product performance. For example, during processing, an active protein may be stressed in an environment that is aqueous or changing in temperature. Focussing analysis on the end-product will not enable the early detection of problems or the complex interactions. Recently, the US Food and Drug Administration (FDA) introduced a guidance to address this issue.

Process Analytical Technology (PAT) is a system for developing and implementing new efficient tools for use during pharmaceutical development, manufacturing, and quality assurance. Final goal is to maintain or improve the current level of product quality assurance. All this work is aimed at enhancing and modernising the pharmaceutical manufacturing and quality control environment according to the Current Good Manufacturing Practices (CGMPs) for the 21st century. The principles of this framework are being incorporated into the ICH quality guidance. Future challenge will be the implementation of the right process analytical approach into each specific situation.

We have a wide variety of tools available for sophisticated process analysis. Non-invasive spectroscopic approaches, such as Near Infrared (NIR) and Raman spectroscopy, provide an insight into solid state properties during processing and they are extremely useful in collecting information related to the role of water during processing. These techniques can be applied for probing the relationship between structure, dynamics and function of macromolecules and further, the role of excipients in the formulation. If one would first look at the monitoring of the macromolecules, NIR and Raman have shown to be versatile methods for the characterisation of macromolecules. There are several reports of their use for quantification of water (NIR) and further, examples of monitoring the state of water in the system (Raman). This is a reason for a wide use of NIR for monitoring several drying processes.

As NIR radiation passes through most glass types without difficulty, a measurement through the wall of the vial is usually possible. Measurement through the side wall usually results in more reproducible results and the use of a spinning device in order to avoid local deviations can be recommended. Considering the importance of the three-dimensional structure for the activity of the molecule, NIR can be used to detect both ?-helix and ?-sheet structures thereby identifying denaturation processes (Izutsu et al., 2006; Robert et al., 1999). In the same manner, Raman spectroscopy can help to identify the structure of a protein. Band assignment of both ?-helix and ?-sheet structures as well as band shifts of various amid bands have been shown for both freeze-dried and spray-dried proteins (Elkordy et al., 2004; Hino et al., 2003). As the chemical surroundings of a bond influence its strength and therewith the energy required for interaction of molecule and incoming radiation, the precise bands, as found by the various authors, seem to vary.

Besides these direct changes in the active compound, the influence of processing and storage on excipients must not be forgotten. Basic sugars are widely used excipients and this often creates several challenges in the solid state properties. Freeze and spray drying produce solid matter with unique characteristics, and we still lack fundamental understanding of the role of the process variables affecting critical quality attributes. In this area, the role of molecular interactions, e.g. amorphicity and approaches to control it become important. Two of the most critical factors affecting this complex interplay are the amount and the state of water in the system. Traditionally, the water content is determined by Karl Fischer titration a method which despite being generally accepted is destructive and time-consuming. As water shows a strong concentration dependent band at around 1930 nm in a NIR spectra, several approaches can be found showing a good correlation between the water content determined by NIR and Karl Fischer titration.

A very common excipient for freeze-drying is mannitol as it forms lyophilisates with a good cake structure. Mannitol can crystallise in three polymorphic forms (?, ? and ?). Furthermore, it can also form a hemihydrate, whose occurrence is partly due to chance and partly due to the freeze-drying conditions (Yu et al., 1999). The formation of the hemihydrate is undesired as one cannot be sure of the complete removal of the bound water once it is formed. The remaining mannitol hemihydrate can release the bound water during storage thereby lowering the collapse temperature of the cake leading to shrinking of the cake and an unacceptable product. In order to prevent storage problems, mannitol hemihydrate needs to be detected as soon as possible. As water is in a different environment when it is bound to mannitol, a shift in the absorption band can be observed with NIR. This shift is not very pronounced in a normal spectrum, but data pre-treatment using second derivative can reveal the formation of mannitol hemihydrate by a band shift from 1904 nm for surface water to 1936 nm for bound water (Zhou et al., 2003). Mannitol hemihydrate could not only be identified by observing changes in the water band, but also by observing several other distinct differences in its NIR adsorption pattern compared to the anhydrous crystalline ?, ? and ? modifications (De Beer et al., 2007).

However, freeze-drying with only mannitol as adjuvant cannot be recommended. Despite the fact that a purely crystalline cake is showing a rather good thermal stability, it is seldom desired for freeze-dried macromolecules as it is often negatively affecting protein stability. In order to prevent this, for example, sucrose can be used as an additive. Sucrose will result in a partly amorphous product thus providing a more favourable micro-environment for proteins. Though mannitol and sucrose are relatively similar in their chemical structure, there are areas in the NIR spectral range within which mannitol can be determined without the risk of disturbance by sucrose.

In recent times the authorities are starting to favour the idea of controlling the entire production process rather than just the endpoint of the production. For this purpose, analytical methods should be feasible to be incorporated in-line in the production stream. This is leading to the final consideration of this article: is it possible to incorporate NIR and Raman directly in a freeze-drying or spray-drying process? So far in-line measurements in a spray-dryer have not been performed, but it has recently been shown that in-line Raman measurements in a freeze-dryer are possible (De Beer et al., 2007; Romero-Torres et al., 2007). It can be concluded that NIR and Raman present methods that can identify various instabilities that might occur in dried products, e.g. high water content, hemihydrate formation and polymorphic transitions. These techniques can thus be used to increase the level of process understanding through non-invasive analysis of water and solid state properties of material. 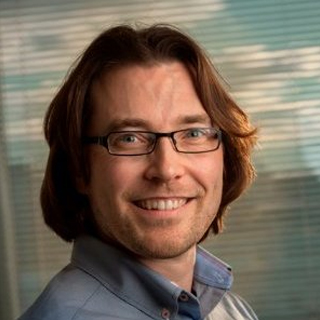 Jukka Rantanen is Professor of pharmaceutical technology at the University of Copenhagen, Denmark. He is author or co-author of 80 publications and patents within the field of solid state pharmaceuticals. His research is focussed on the molecular-level process analysis of pharmaceutical unit operations, with a special emphasis on the spectroscopic techniques (near infrared, NIR, and Raman) together with multivariate data analysis tools. 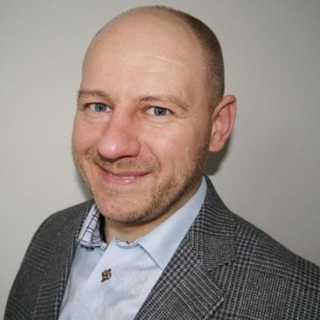 Holger Grohganz is Assistant Professor in pharmaceutical technology at the University of Copenhagen, Denmark. His research involves the use of multivariate data analysis for spectroscopic methods with a special focus on the drying processes.