The Indian biologics market is expected to account for around US$12 billion by 2025 (a CAGR of 22 per cent) buoyed by its dominance in simple biologics including insulin, erythropoietin, monoclonal antibodies, drugs for cardiovascular and autoimmune diseases, etc. In this article, R B Smarta highlights some of the key elements that will play a defining role in driving this industry.

A leader in generic drugs production, India has emerged as a ‘generic hub’ in recent years. Now, biotech-based drug development and production is also taking rooting in India.

Generics Vs Biologics and hence the Biosimilars

Before diving into the ocean of Indian scenario for biologics, let’s get some basics right.

The question which confuses people many a times is: are generics and biologics the same? And the answer is no, they are not the same. Let’s find out how.

Biologics are basically the products which are developed and produced from living organisms like human, plant or animal cells and, of course, microorganisms (bacteria, yeast, etc.). Having no definite structure, biologics are large and complex molecules which undergo sophisticated procedures while being developed and manufactured. Monoclonal antibodies, hormones, enzymes, insulin, etc. can be referred to as biologics.

Generics are simple molecules and exact copies of approved brand drugs. Contrary to biologics, generics are easier to synthesize, purify and manufacture. Drugs such as phenytoin, omeprazole, metformin are common generics. Almost 70 per cent of India’s retail pharmaceutical market is represented by branded generics, which shows their dominance in the country.

Another commonly seen term is biosimilars. As the exact copies of branded drugs are called generics, the highly similar copies of approved biologics are what we call biosimilars. It’s a very generalized definition, however, several crucial factors are considered while defining more precisely.

Both biologics and biosimilars require considerable investment. India is increasingly exploring this space in recent years and opening new streams of revenue generation. Let’s have a look at how India is poised to grow in this space.

How far has Indian pharma come on Biologics?

Healthcare scenario worldwide is undergoing a shift with more focus on preventive health than curative approaches. This shift making the way for biologics in terms of immunization and hence the demand of monoclonal antibodies, vaccines, biosimilars is on the rise.

India received approvals for over 98 biosimilars in the domestic market till September 2019, more than any other country. Further, India continues to get more biosimilars approvals in regulated markets. Interestingly, around 40 biosimilars or more have reached clinical development stage in India, a huge number compared to the United States and on par with the European economic zone. Moreover, India has around 200 biosimilars in the pipeline and are collectively contributed by more than 52 Indian companies.

India’s dream of ‘expanding beyond generics’ looks realistic if the cards are played well in the space of biologics and biosimilars. More than ten blockbuster biologics will lose patents in coming 2-3 years. This is an excellent opportunity for Indian bio-pharma players to test their efforts in biologics.

The recent trend of prioritizing biosimilars and biologics over chemical-based drugs presents an amazing opportunity to explore bio-tech-based drug development.

Indian biologics market is expected to account for around US$12 billion by 2025 with the CAGR of 22 per cent, which is pretty promising. At this point, Indian market is dominant in terms of simple biologics including insulin, erythropoietin, monoclonal antibodies, drugs for cardiovascular and autoimmune diseases, etc. In the Asia-pacific region, India could be the fastest growing country by 2025 in terms of complex biologics like monoclonal antibodies.

In terms of biosimilars (or what we call as ‘similar biologics’), Indian pharma accounted for about US$300 million in 2015, and out of this, around US$250 million were domestic sales. In addition to this, biosimilars export from India to emerging and highly regulated market represents about $51 million which is impressive at the same time.

As mentioned earlier, Indian pharma’s ability to develop drugs at lower cost allows it to remain competitive in the global market and hence the faster development is possible. While the European Union (EU) takes approximately 8 years to develop a biosimilar, India only takes three to five years to do so. The EU and United States invest around $100 to $ 200 million in the development of biosimilar. in India, this cost goes down to around $10 to $20 million, which is around 10 times lower.

Lower cost of recruiting patients, appointing labor and comparatively flexible (or less stringent) criteria for regulatory approvals for biosimilars in India make the development go smoother and faster. If the pricing decisions of such drugs are further optimized, pharma market can experience glorious growth in India.

2. India has got some strong market players in biologics

Biocon, the very first Indian company to launch indigenously developed novel biologics, holds potential to flourish in international market. It has developed novel monoclonal antibodies, namely, BIOMab EGFR for head and neck cancer treatment (developed in 2006) and Alzumab (itolizumab) for psoriasis treatment (developed in 2013). They have collaborated with global companies and also launched novel antibodies in different countries. With their first biosimilar for Herceptin and Neulasta, Biocon, in collaboration with Mylan entered the US market.

One more must-mention pharma market player in India is Zydus Cadila, who are exploring the use of long-acting interferon alpha-2b in the treatment of COVID-19. If these efforts are paying off for Zydus Cadila, Indian biologics can rock in the international markets in coming years. Moreover, the company already commercially manufactures the biosimilar version of this immunomodulator in the treatment of Hepatitis B and C.

If played well, with innovations in formulations, Indian market players will not only propel the growth of domestic market but also can increasingly penetrate the international markets and expand the reach of Indian pharma industry.

The critical focus on R&D and mass manufacturing of vaccines in India is enabling the nation to fulfil more than 50 per cent of global vaccine requirement, making India the largest supplier of vaccines in the public market. The increased funding and investments in R&D of vaccines by Indian governing bodies such as Department of Biotechnology (DBT), the Indian Council of Medical Research (ICMR) and the Ministry of Health and Family Welfare (MoHFW) is highly encouraging for the industry.

Different approaches in terms of improved compliance, stability, modifying formulations, etc. are the elements which are considered while innovating in this space. Typhoid conjugate vaccine, “ecofriendly” recombinant Hepatitis-B vaccine (free of cesium chloride and thiomersal) and the Serum Institute’s liquid rotavirus vaccine of Bharat Biotech are some of the innovative approaches by Indian pharma players. Upgrading and enhancing the existing formulation for common diseases is an excellent strategy to explore and can be considered as a promising way to generate revenues through vaccines.

To promote the companies to manufacture active pharmaceutical ingredients (APIs) domestically, Indian government is proposing excellent initiatives in recent scenario. The goal of manufacturing the APIs domestically by 2023 looks realistic owing to government’s willingness towards setting up a promising fund of nearly US$1.3 billion for pharmaceutical companies. This can emerge as one of the boosting factors for country’s bio-techbased drug development as well.

Biotechnology Industry Research Assistance Council (BIRAC) and DBT’s efforts to promote biotechnology-based innovations in India will also generate considerable impact on biologics. The approaches are manifold and mainly consisting of new and beneficial policies, promoting entrepreneurship, influencing partnership between industry and academic institutes, etc. To gather more funding and investments from industry, investors or other agencies, public-private partnerships are also being promoted by these governing bodies.

Towards the golden future of Indian pharma, with biologics

Given our population, the demand for affordable and safe biosimilars is here to stay in India. With biosimilars and biologics, the nation can march toward the better healthcare system in the coming years. Resolving issues related to regulation and manufacturing of biologics is necessary to stay strong in domestic as well as international markets. Despite having the largest number of approved biosimilars in India, very few companies have been able to penetrate the US and European market. The reason behind it is non-compliance of regulatory guidelines of India with these highly regulated markets.

In the coming years, critical attention is required even at the developmental stage of biologics and biosimilars in India. Improving clinical trials with the greater number of patients and improved animal testing can be one of the essential steps to work on. Moreover, testing requirements need to be straightened further in order to come up with evidence-based outcomes.

The government’s support towards strengthening the infrastructure, improving funding, enhancing global collaboration can shape Indian pharma industry in a different and better manner. Certain efforts toward bridging the knowledge and technology gaps are being made by Indian government including collaborating with foreign universities. An industry-academia collaborative mission called ‘National Bio-Pharma Mission’, initiated by the DBT and the World Bank (implemented by Biotechnology Industry Research Assistance Council), is an excellent initiative to mention in terms of foreign collaborations. These collective efforts are instrumental in achieving the golden future of Indian pharma, with biologics. 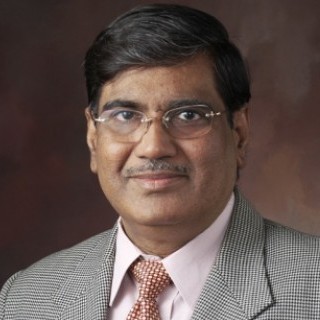 R B Smarta is the Chairman and Managing Director of Interlink Marketing Consultancy Pvt Ltd. Through Interlink he has added value to corporate brands, therapeutic brands, fast moving healthcare brands, inorganic and organic growth of corporates and sales & marketing ROI of corporates. He is also a member of CII Drugs and Pharma National Committee for the Year 2007-08. He is currently working on Business Models, Business Strategy, Emerging Markets and Global Business Opportunities for Pharma, Healthcare Industries.