The Biotherapeutics market has gained substantial attention and evolved as a profit-making segment of the pharma industry for a decade. This article sheds light on how next-generation proteins are reshaping the market and talk about innovative strategies that pharma companies are thinking of to cut down the developmental cost incurred for producing a safe and efficacious biotherapeutic product and improvising patient experience.

The biotherapeutics market is booming. Currently, annual growth rate of biologics is double that of conventional pharma and is forecasted to grow rapidly. Increase in incidence of chronic diseases like cancer, diabetes, autoimmune diseases, genetic conditions…etc and acceptance of biotherapeutics because of their high efficacy and safety are some of the major factors driving the biopharmaceutical market. Also, biologics gained edge in diseases that could not be successfully targeted by small molecule drugs especially oncology indications and autoimmune ailments. And today biotherapeutics industry moved one more step ahead and invested in the development of next generation biologics which forms the current era. However, despite the considerable demand, high cost associated with biotherapeutics restricts market growth.

Since the launch of breakthrough therapeutic drug – Insulin (enzyme replacement therapy) in 1982, the growth potential of biologics has been promising. In its early days, this industry faced some serious concerns. Despite vast challenges in its path, this industry evolved as multibilliondollar market and today 7 of the top 10 bestselling drugs are biologics. Many innovative therapies were launched till date and comprise vaccines, enzymes-based therapies, cell therapies, gene therapies, immunotherapies, peptides and protein products. Monoclonal antibodies (mAbs) revolutionised the biotherapeutics market and rose to leading position among the other biologic products.

The increased scale of demand for effective biologics, especially monoclonal antibodies and continuous efforts to improvise the therapeutic potential led to advancement of protein engineering technologies which further fuelled the development of next generation biologics. These next generation biologics are characterised by longer half-life and low immunogenicity and comprise antibody drug conjugates (ADCs), bi-specific and multi-specific antibodies, fusion proteins, engineered cells and antibody-like proteins (ALPs). ADCs are one of the lucrative classes of engineered proteins and were proven to be effective in combating cancer, especially haematological malignancies and breast cancer. Though the side effect profile of ADCs is comparable to that of chemotherapeutics, it has not dampened their development and rather intensified ADC R&D. Currently there are almost 600 clinical trials focused on ADCs of which 40 trials are evaluating ADC and check point inhibitor combinations in oncology indications.

Fusion proteins were also designed to interact with two or multiple target proteins and exhibiting bi- and multifunctional characteristics. Bispecific antibodies (bsAbs) hold great promise as therapy and swiftly expanding with more potential for commercial success. Targeting two antigens at a time with bsAbs was not a very new concept and was highlighted with the approval of catumaxomab. In Spite of considerable side effects associated with this therapy, the spark was retained and created surge in R&D and investment and these continuous efforts resulted in the approval of two therapies- blinatumomab (binds to CD3 on T cells and the CD19 antigen on tumour cells) and emicizumab (binds to the FIXa and FX zymogen). Currently, almost 85 bsAbs are in the clinical developmental pipeline and among these 86% are targeted for oncology indications (AMG 420, REGN1979 and XmAb14045) reflecting a considerable interest in their development as cancer therapy. Though a good number are in the early phase of clinical development pipeline these are yet to be proved as commercially viable.

Gene therapies are another class of biologics witnessing success in the market and expected to grow tremendously in the near future. Despite the many obstacles and failures in the initial phases, gene therapies have seen huge progress in the recent past and are being used to target life threatening disease like cancers and nerve degenerative diseases. Since the approval of first gene therapy in 1990 for ADA-SCID (Severe Combined Immunodeficiency due to Adenosine Deaminase deficiency), ~10 therapies did hit the global markets. Luxurna, developed by Spark Therapeutics is the first human gene therapy approved in US (in 2017) for Retinal dystrophy. In the same year, first CAR-T therapy developed by Novartis (KYMRIAH) received the approval and Kite Pharma’s YESCARTA was approved shortly thereafter. CAR-T therapies generated by engineering T-cells revolutionised the cell and gene therapy research and continue to receive a good amount of investment in the R&D perspective. These therapies marked a milestone in this new field and generated an enormous amount of interest among academia, research institutes and pharma companies. Currently a good number of CAR-T therapeutic leads are in mid- to late stage of clinical development and this field is poised for success soon. Next generation gene therapies based on CRISPR platform also hold great promise and poised to grow impact biotherapeutics market significantly. Currently, hundreds of therapies are in clinical development and this growing popularity can be correlated with considerable increase in capital investment to fund research activities.

Phage therapy, though sounding new is perhaps a century old concept. In phage therapy a bacteriophage will be used to kill bacteria and hold huge promise in tackling antibiotic resistance. Currently there are no approved therapies in healthcare, but seems things are moving in the direction of success and might become more common soon.

However, biologics do have disadvantages. (a) Their inherent structural complexity increases the developmental time and cost (b) Their high molecular weight and complex structures impede them from crossing the cell membrane and targeting intracellular molecules (c) Complex mechanism of action (d) formulation challenges like aggregation and degradation (e) Limited delivery mechanisms. Most of the biologics should be administered intravenously and this requires multiple hospital visits life-long in case of chronic conditions and is cost intensive (f) complex manufacturing and characterisation processes. As biologics are produced from live cells, selection of right cells and cell cultivation conditions hugely impact the production of the quality product with good yield. And characterisation of biologics is difficult compared to small molecules (g) cell expansion (required numbers) being bottleneck for cell therapies (h) clinical testing is associated with huge financial burden.

Innovations in the field

Biopharmaceutical companies are also thinking of ways to maximise the therapeutic window of biologics and harness novel manufacturing processes, formulation and delivery device technologies to ensure production of quality and stable product, to make the product more affordable and improvise the experience of patients. Genentech has developed a second generation anti-CD20 Ab (Gazyva) by glycol-engineering Fc region of original anti-CD20 Ab (Rituximab) to enhance Fc gamma receptor IIIA binding which is essential for cytotoxicity functionality. Gazyva was the first glycol-engineered antibody to get FDA approval and this drug was also granted break-through designation. Genentech’s Trastuzumab (Herceptin), in intravenous form had been approved in 1998 and is considered as breakthrough drug for treatment of HER2+ breast cancer. Later, with an objective to improve patients compliance, Genentech developed subcutaneous form of drug (Herceptin Hylecta) which received FDA approval in 2019. The safety of subcutaneous form of the drug is comparable to that of intravenous form. Takeda is also presently evaluating the efficacy and safety of a new subcutaneous formulation of monoclonal antibody vedolizumab (Entyvio) in adults with moderate to severely active Ulcerative colitis (UC) or Crohn's disease (CD) which is currently being administered intravenously. Formulating biologics into oral dosage forms will significantly reduce the delivery cost. But, whether gastric pH, gastric enzymes and epithelial cells lining the gastrointestinal tract would help the orally administer biologic product in achieving the required bioavailability is a critical factor to be considered. Because these challenges were observed with the oral form of insulin. This further led to the development of inhaled insulin therapy by Pfizer which was approved by FDA in 2006. Another innovation that comes in this direction is the RaniPill™capsule developed by Rani Therapeutics. Delivery of drugs through this robotic pill was equivalent to injections in pre-clinical and human trials are underway.

Other paths that researchers are looking for consideration are, using wearable drug delivery devices as a solution. FDA approval of Pushtronex™ system (on-body infusor with prefilled cartridge) for Repatha (Evolocumab), a hands-free device designed to provide 420 mg of Repatha in a single dose is another milestone in the course. But, will success of Pushtronex™ system boost the innovation in this angle? Given increased volume of data and increasing importance of artificial intelligence which is being embraced by all other industries, pharma companies which thrive on innovation are also thinking of adopting this technology to decrease developmental costs and increase success rates. Leveraging artificial intelligence for predicting the right parameters and conditions required for bioprocessing and thereby bring down the developmental costs and producing high quality product is something which biotherapeutics industry is contemplating on. In context of cell therapies where obtainment of relevant number of cells with viability, potency and safety is currently challenging, use of analytical technologies might create a new wave in manufacturing of cell therapies. Artificial intelligence would also hold great promise in early drug discovery phase more predominantly target identification which is crucial for success rate of therapeutic products. Would artificial intelligence become magic bullet in biologics manufacturing? All biotherapeutics are produced from living cells, majorly CHO cells and hence sensitive to manufacturing processes. Giant biologic manufacturers are looking for alternatives to mammalian cells so as to decrease the production cost and increase product quantity. Biogen in collaboration with Bill & Melinda Gates Foundation and MIT Center for Biomedical Innovation have engineered eight alternative hosts including fungal, algae, and trypanosome systems for the production of full-length mAbs.

Finally, advancement of protein engineering technologies has steered in unprecedented opportunities to develop safe and efficacious biotherapeutics. Investment of huge efforts on optimising existing therapies to make drug targeting better, enhancing functionality and improvising patient experience through new formulation and drug delivery devices suggest prominent swift towards biotherapeutics market in the years to come. Also, changes in the FDA regulations (removed a rule under Section 610.21 of the FDA code) implemented recently pertaining to biologics would further boost the approval rates for biotherapeutic products. Hence, with this advancement in technology and increased investment on innovation, biotherapeutics products will continue to enrich medicinal armoury and make a foot print in the near future. 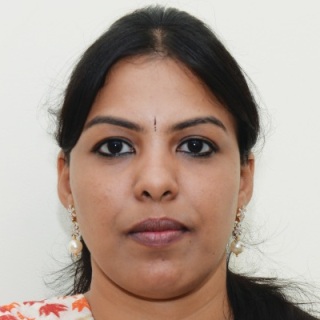 Prasanthi Polamreddy is a pharma professional with over 10 years’ experience in standardizing and analyzing pharmacological data, computational drug discovery, and development of pharma competitive intelligence reports. She currently works with Excelra Knowledge Solutions Pvt Ltd as a scientific manager.