Currently, pharmaceutical companies are going through a paradigm shift from conventional batch to Continuous Manufacturing (CM) process integrated with advanced automation and control system. In CM, Real Time Release Testing (RTRT) can be facilitated by the development of a highly efficient control system that can monitor and correct process variables in real time when a fault is detected. But, there may be also some out of specification tablets that need to be diverted in real time, in order to ensure the quality of final products. Specifically, the drug concentration of each tablet must be guaranteed before it can be released to the market. However, currently no methods and tools are available that can assure the drug concentration and divert the non-confirming products in real time. Therefore, the systematic methods and tools are needed for real time assurance of tablet drug concentration and diversion of non-confirming products.

The objective of this article is to describe the control system needed to assure the drug concentration of final tablets.

A continuous direct compaction tablet manufacturing pilot plant has been developed, situated at ERC-SOPS, Rutgers University. The snapshot of the pilot plant is previously reported (Singh et al., 2014a). The process flowsheet is shown in Figure 1. The pilot plant is built in three levels at different heights to take advantage of gravitational material flow. The top level is used for feeder placement and powder storage, the middle level is used for delumping and blending, and the bottom level is used for compaction. Each level consists of 10x10 square feet working area. There are three gravimetric feeders (K-Tron)-with the capability of adding more- that feed the various formulation components (API, excipient, lubricant etc.). A co-mill (Glatt) is also integrated after the feeder hopper primarily for de-lumping the powders and creating contact between components. The lubricant feeder is added after the co-mill to prevent over lubrication of the formulation in the co-mill. These feed streams are then connected to a continuous blender (Glatt) within which a homogeneous powder mixture of all the ingredients is generated. The chute is placed in between blender and tablet press. The chute has interface to integrate the sensors. Finally, the outlet from the blender is fed to the tablet press via feed frame. The pilot-plant consist of some inbuilt local level control system in feeder (to control mass flow rate) and tablet press (to control main compression force) unit operation.

Multiple feeders are used in continuous pharmaceutical manufacturing to feed different ingredients. The composition of the ingredients is normally fixed for a given formulation but the total line throughput can be changed in continuous pharmaceutical manufacturing. Moreover, the same plant can be used for different formulation that may have different composition. The changing of line throughput and/or ingredient composition can be accomplished by changing the feeder flow rate set point. Therefore, a control system is needed through which the feeders flow rate set point can be automatically changed. The ratio controller is needed to achieve this objective. The total desired flow rate (plant throughput) and ingredient compositions are the inputs for ratio controller. It provides the flow rate set point for feeders. In industrial manufacturing scenario, the number of feeders are relatively high depending on the complexities of the formulation and therefore the ratio controller is even more desirable. The ratio controller fixed the drug concentration of the tablet. Ideally, if the drug concentration doesn’t change in subsequent unit operations then one can achieve the desired drug concentration in final table without the need of any additional control system. But, since the drug concentration could change is subsequent unit operation and therefore additional multilayer control systems are needed as discussed in following sections. The ratio controller is shown in Figure 2. The application of ratio controller has been previously demonstrated (Singh et al., 2014a).

A feedback control system has been implemented to control the drug concentration (API composition) at blender outlet (Figure 1). The drug concentration is measured in real time using Process Analytical Technology (PAT) sensor. This provides the inputs to Model Predictive Controller (MPC) which manipulate the ratio set point discussed in section 3.1.

There are different options to close the control loops depending on the preferred platform the industry would like to use. For example, the NIR can be used for real time scanning of blend coming out of the blender. The real time prediction engine is needed to convert the raw data (spectrums) into drug concentration signal. The prediction engine uses the NIR calibration model to make this prediction. A PAT data management tool can be used to manage the PAT data and send the predicted signal to next level via OPC (OLE process control) interface. The drug concentration signal then goes to control platform. The MPC loop has been implemented into the control platform. A MPC model has been developed through step and pulse change experiments. The MPC utilizes this model and generates the actuator signals that goes to ratio controller discussed in section 3.1. The implementation of drug concentration feedback model predictive control loop and experimental results are described elsewhere (Singh et al., 2014a).

The Feedforward Controller (FFC) for drug concentration may or may not be needed depending on the particular drug to be manufactured. Therefore, this controller can be considered as optional. The FFC takes the proactive actions and therefore mitigate the effects of disturbances before it can affect the final product quality. Therefore, the FFC has potential to reduce the rejections. The FFC is essentially a mathematical model derived in a very specific way that takes the measured disturbance as the input and generate the corrective actions proactively in real time (Singh et al., 2015).

The drug concentration of powder blend measured by NIR is the input for this FFC. This is the same NIR used for feedback control as discussed in section 3.2. The FFC then manipulates the fill depth to keep the tablet potency at consistent level (Figure 1). Meaning that, if the drug concentration in blend detected by NIR is higher/lower than desired value then the FFC will reduce/increase the size of the tablet so that the total drug contents in the tablet is same. However, the change in tablet size should be within the permitted limits by regulator. There should be one additional controller to maintain the consistent hardness. This controller manipulates the tablet thickness to keep the tablet hardens at consistent level.

A drug concentration based diversion system is an intrinsic requirement for continuous pharmaceutical manufacturing. Conventional pharmaceutical manufacturing was based on batch processes and therefore such a system was not needed before. In a batch process, the individual raw materials are mixed in a blender. The output from this is transferred into drums and is subsequently tested for content uniformity offline. If the product does not meet specifications, then entire batches maybe disposed. Product that meets regulatory constraints is then stored and transported to the next unit operation. On the other hand, for the continuous manufacturing process, an upstream disturbance could propagate downstream if it has not been controlled locally or if the local control is not efficient causing overshoots. Depending on the performance of downstream unit operations, this disturbance could amplify or diminish. Nonetheless, due to this disturbance propagation, there is a need to control or be able to mitigate situations that have the capacity to deteriorate end product quality. Drug concentration control as described in the following sections, although not traditional in the sense of control is a strategy that is necessary as it eliminates the need for offline testing post the compaction stage. It facilitates Real Time Release Testing (RTRT) as the tablets can then be seamlessly transported to the coating and packaging processes.

Two strategies, i.e. ‘fixed window based strategy’ and RTD based strategy have been developed, compared and evaluated. In fixed window approach, the tablet diversion is facilitated through knowledge of time delays from the point of detection to the point of the affect (tablet press outlet gate) in the system. The sensor that detects the concentration is connected to a comparator block which decides if the said concentration is within the specifications. If it is not within specification, the experimentally derived time delay is applied and post this the diversion begins. The diversion stops when a concentration within spec is detected and the another time delay is applied. In RTD based approach, the RTD is used to predict the outlet concentration from the inlet concentration. The predicted signal is then used to initiate the diversion. The first approach is simpler to implement but may lead to lower production efficiency. The second approach is based on more advanced technique and will ensure more efficiency but is relatively complex to implement. Figure 1

The performance of Model Predictive Controller (MPC) for feedback control of drug concentration as well as the ratio controller has been previously reported and therefore has not been repeated here (Singh el at., 2014). The performance of tablet diversion strategy for continuous pharmaceutical manufacturing process has been shown in Figure 2. As shown in the figure, a pulse disturbance in API composition has been introduced (see Figure 1, top). This disturbance then got propagated in tablet as can be seen in the figure. A conceptual limit on drug concentration has been also provided for demonstration purposes. The Figure 1 shows that the tablet potency violate the upper limits for a short periods of time and therefore tablets need to be diverted. Both, RTD based strategy and fixed window based strategy have been tested to divert these tablets in real time.

This work is supported by the US Food and Drug Administration (USFDA), through grant 5U01FD005535, and National Science Foundation Engineering Research Center on Structured Organic Particulate Systems, through Grant NSF-ECC 0540855. 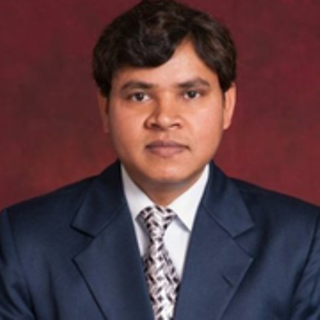