Particle engineering is normally associated with particle size reduction techniques, such as media milling and homogenisation, and particle formation techniques, such as spray-drying, supercritical fluid technologies, and precipitation. The emergence of nanotechnology and spray-freezing into cryogenic liquids, supercritical fluid technology, and 3D printing technology are revolutionising the development and manufacture pharmaceutical dosage form.

The constant requirement for the targeted delivery of therapeutically active agents has been the key driver in particle engineering and processing within the pharmaceutical industry. Particles are making advances in the area of human healthcare where they are being used to diagnose illnesses, cure cancer, deliver drugs and retard aging. Particle Science is becoming recognised as an enabling technology that helps us create new energy sources, clean our air and water and build stronger and lighter materials1. Traditional methods of producing particles suitable for pharmaceutical applications employ dry or wet granulation process, fluid bed processing to agglomerate, or coat to produce modified-release products, or spray drying as well as hot-melt extrusion process to enhance water solubility of poorly soluble drugs. Particle generation and handling have been an integral part of pharmaceutical processing because of the wide use of solid dosage forms. Recent additions to the pharmaceutical particle engineering technologies include spray-freezing into cryogenic liquids, template emulsion, and self-assembly.

There are few commonly used particle generation methods such as mechanical milling, precipitation, and spray drying among them. In the case of the manufacture of Active Pharmaceutical Ingredient (API), the API molecule is engineered to a crystal form, which is then processed into particles and finally 'formulated' into the dosage form. Excipient manufacturers have produced a range of products that can modify the formulation, processing, and delivery of APIs through elaborate excipient material and particle engineering.

Solubility issues are typically the most common hurdles to achieving ideal bioavailability. These can be divided into molecules that are poorly soluble and those that are just too slow to dissolve. Approximately 80 per cent of the drug candidates in the R&D pipeline exhibit poor solubility in water.

Spray drying for producing particles suitable for pulmonary application is a well-established technology. Pulmonary drug delivery for both systemic and local treatments has many advantages over other delivery routes because the lungs have a large surface area, thin absorption barrier, and low enzymatic activity. An enormous diversity of therapeutic agents is currently administered to the patients via aerosol inhalation, and the number of potential drug candidates for pulmonary application increases daily. Protein powders find increasing application in the dry powder inhalation and sustained drug delivery. Powders for pulmonary application require powder to be dispersible which in turn depends on the efficiency of the device and the physical characteristics of powders such as size, shape, crystalline form, and structure that directly affects the stability and releasing pattern of drugs. In some cases, the spray drying technique provides particles that some time may be denser and may not deposit deep in the alveolar region. The technique of spray freeze drying creates particles which are porous balls thus changing the particle density and the probability of effective deposition of drug in the lungs.

Another approach that is being widely used is the use of Liposomes for drug delivery. Liposomes are promising vehicles for pulmonary drug delivery owing to their capacity to target drug to cells, such as macrophages, and to alter the pharmacokinetics of drugs. They also provide sustained release, prevent local irritation, increase drug potency, reduce toxicity, and uniformly deposit active drugs locally. Lu and Hickey used a model protein that was used to evaluate both the feasibility of delivering dry powder liposome formulations for protein and, more importantly, whether the process of lyophilisation could be used to prepare dry powders suitable for pulmonary delivery.

Recent developments in nanoscience, combining physics, chemistry, material science, theory, and biosciences, have brought us to another level of understanding of ‘‘Nanotechnology2 Nanotechnology is the science and technology at the nanoscale, which is about 1 to 100 nanometers. The prefix ‘nano’ means ten to the minus ninth power, or one-billionth and is about a thousand times smaller than a micron. Nanoparticulate systems are being explored for the purpose of solving the challenges of drug delivery. Nanotechnology researchers are working on several different therapeutics where a nanoparticle can encapsulate or other wise help to deliver medication directly to cancer cells and minimise the risk of damage to healthy tissue. Research in the use of nanotechnology for regenerative medicine spans several application areas, including bone and neural tissue engineering3. There are wide varieties of techniques that can create nanostructures with various degrees of quality, speed, and cost. These approaches fall under two categories, bottom-up and top-down. Both these processes similar to dry and wet granulations generate materials with different properties. Targeted delivery of proteins and DNA requires a carrier system in sub-micron size or nano size. Nanosuspension has been used to deliver drugs by injection while the nanoparticles of protein have been prepared for the pulmonary application. Researchers are looking for ways to grow complex tissues with the goal of one-day growing human organs for transplant. Researchers are also studying ways to use graphene nanoribbons to help repair spinal cord injuries; preliminary research shows that neurons grow well on the conductive graphene surface4. Nanoparticles do have great potential for anticancer drug delivery and tumour targeting. Another very promising area for nanoparticles is the possibility to deliver drugs that normally cannot cross the blood-brain barrier to the brain after intravenous injection.

One of the major challenges in drug delivery is to get the drug at the place it is needed in the body thereby avoiding potential side effects to non-diseased organs5. This is especially challenging in cancer treatment where the tumour may be localised as distinct metastases in various organs. A narrow particle size distribution and a uniformly small particle size are often critical quality attributes of pharmaceutical solids, particularly for injectable suspensions and drugs intended for aerosol administration.

Since the mid-1980s, a new method of particle generation has appeared involving crystallisation with supercritical fluids like carbon dioxide (CO2). The process is especially suitable for forming engineered particles for inhaled medicines, both in suspension metered-dose inhalers and dry powder inhalers. The main advantages over other technologies are that highly crystalline and stable particles are formed, and processing from drug solution to dry particle is a single-step process. Another emerging technology for particle size reduction uses supercritical fluid technology to produce finely divided powders. One such method, supercritical anti-solvent precipitation (SAS), accomplishes particle size reduction by using the supercritical fluid as a non-solvent to precipitate a drug from an organic solvent. The supercritical fluid, typically (CO2), is at least partially miscible with the organic solvent. The CO2 will cause high supersaturation ratios within the drug solution, forming many nuclei, leading to crystal growth. The mild conditions used in the process are favourable for most pharmaceutical compounds and the majority of the organic solvent may be extracted by using a continuous flow of CO2 following precipitation

A different technique, the Particles from Gas-saturated Solutions/suspensions technique (PGSS}, makes use of the fact that compressed gases sometimes show better solubility in liquid or dispersed drugs than these drugs in the compressed gases. Melts of drugs are, generally, saturated with the supercritical fluid and this mixture is expanded through a nozzle.

In the last 15 years, researchers have utilised 3D printing technologies to address the current limitations in the manufacturing of drug products and challenges in the treatment of patients. 3D printing, also aptly named as additive manufacturing, is revealing its potential in the pharmaceutical industry as it turns personalised medicine into reality. In fact, additive manufacturing has the unique ability to deliver quickly, flexibly and economically set amounts of patient-specific drugs with properties, such as formulations, dosages or geometries. The shift from bulk manufacturing of drugs, towards the design and production of personalised medication and dose tailoring, requires the optimisation of different 3D printing technologies and the processing of suitable. The medical use of 3DP includes the creation of custom prosthetics, body tissue, organ fabrication, anatomical models, dental implants, pharmaceutical research regarding drug dosage forms, drug delivery and discovery.

Pharmaceutical applications for 3D printing are expanding rapidly and are expected to revolutionise healthcare. 3D printing technologies are already being used in pharmaceutical research and fabrication6. The advantages of 3D printing include precise control of droplet size and dose, high reproducibility, and the ability to produce dosage forms with complex drug-release profiles. The recent launch of antiepileptic drug Spritam® by Aprecia in 2015, using 3-D printing has created enormous interest in this rapidly growing segment to cater to patients requiring special personalised medications for long term care or life cycle management. Although 3D printing technology showed promising results in drug delivery applications, the technology is still under the developing stage. The challenges include optimisation of the process, improving the performance of the device for versatile use, selections of appropriate excipients, post-treatment method, etc., need to be addressed to improve the 3D printed products’ performance and to expend the application range in novel drug delivery systems7.

Another novel approach is the particle engineering of biomolecules using Protein-Coated Microcrystals (PCMCs). The formulation and stabilisation technology of proteins, nucleic acids, and vaccines by the co-precipitation of a water-soluble carrier, such as amino acid or carbohydrate, with a dehydrated biological macromolecule, makes them highly suitable for delivering biomolecules by a number of routes, including pulmonary and parenteral administration.

Another unique particle engineering technology incorporating a combination of droplet evaporation and anti-solvent crystallisation by a sonication process known as solution atomisation and crystallisation by sonication, which has been developed to produce nanoparticles within a well-defined particle size range while manipulating the nucleation and crystal growth process within the supersaturated droplets.

As can be seen by the brief introductions to these emerging technologies in this article, the scientific pursuit of modification of particles is gaining momentum as the commercial exploitation propels the scientific community more intent on delivering the particles, especially for the pharmaceutical industry. Particle engineering, a young discipline, combines elements of many others, including chemistry, pharmaceutics, interface, and colloid science, mass and heat transfer, aerosol and powder science, and solid-state physics. Considering that the current level of development of pharmaceutical particle technologies is relatively limited, and the understanding of the relationships between such materials and processes in the development and manufacturing of pharmaceutical products is at an early stage, there remains an onerous path for the successful development and implementation of particle-based technologies in the pharmaceutical industry. 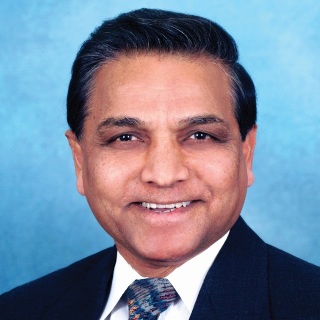 Dilip M Parikh is president of the pharmaceutical technology development and consulting group DPharma Group Inc. USA. He has more than 45 years of experience in product development, manufacturing, plant operations, and process engineering at various major pharmaceutical companies in Canada and the U.S. He is the editor of “Handbook of Pharmaceutical Granulation Technology” 3rd ed. And the author of the recently published book “How to Optimise fluid bed Process Technology”. He has been an invited speaker at scientific conferences worldwide on solid-dosage technologies development and manufacturing.