An adoption with meaningful repercussions

The principles of Humane Experimental Technique has resulted in 3Rs concept: Replacement, Reduction and Refinement of animal tests. The number of animals used for both preclinical and quality control is thought to be reduced to zero if vaccines are better characterised while allowing testings by a set of in vitro methods rather than in vivo scenarios. The in vitro methods to detect safety related to potency of vaccines can employ alternative platforms like that of human derived cell/tissue based surrogate systems - The humane technique facilitating increased control of critical stepsin production, relating safety with potency, international harmonisation and validation of test procedures

A vaccine is traditionally a biological substance containing a harmless form of the causative organism that causes a particular disease. It is usually given to healthy population by injection, to prevent the contraction of the disease. New age companies like Moderna have defied this definition of a vaccine to work on mRNA platforms where information from viral genomes is used to produce viral proteins from within a cell developing vaccine candidates.

Vaccines are biological and formulations that boost the human body’s ability to fight against the targeted infectious diseases. The biological preparations fuel the recipient’s immune system stimulating to recognise targeted aspects of infectious organisms (bacteria and virus) as foreign; generate host reaction or response to regulate or completely eliminate them. In addition to this, Vaccines evoke immunological memory of the targeted aspect, which provides protection against any future infection by the same or similar pathogen. Vaccines are generally created from inactivated or attenuated organisms; or sometimes derived from purified or recombinant subcomponents of these disease-causing organisms; providing antigens that can be incorporated into vaccines composed of peptides, proteins, and polysaccharides. The R&D advancements led to the new methods of indirectly introducing to the host immune system through recombinant DNA plasmids or chimeric virus vectors.

Inactivated vaccines are prepared through the use of heat or chemicals, whereas attenuated vaccines contain live, less virulent organisms. These vaccines are derived from live viruses that are cultured in the classified facilities under conditions that incapacitate their pathogenic properties. There is evidence with attenuated vaccines producing a durable immunological response on the other hand and thus are usually preferred for many classes of infectious agents. Subcomponents of disease causing microorganisms also have been used as antigens in vaccine preparations. Toxoid vaccines, for example.

When various antigens are combined in making Vaccines, synergistic and inhibitory interactions are the expected outcomes with immunological response. Responses to vaccines in the human body follow a complex but coordinated set of physiological and immune reactions that are controlled involving different cell types and biochemical intermediates. Antibody and cell-mediated responses that occur following immunisation with vaccine are known to be significantly influenced by the type of components used in the vaccine product triggering adaptive humoural, cell mediated immune and innate immune responses. An adjuvant is a pharmacological or immunological agent when added in the Vaccine formulation is known to improve the immune response of a vaccine. Vaccine induced effectors of immunity are classically antibodies produced by B lymphocytes and cytotoxic CD8+ T lymphocytes. The response to various antigens is affected by factors such as 1. dose, concentration of the antigen 2. quantity and nature of the adjuvant 3. time between inoculations and route of exposure. The schedule between injections of the vaccine is shown to be a key element of the immune response and varies with type of vaccines.

After the primary exposure, secondary exposures are usually mediated by specific populations of cells like plasma cells and memory B cells.

Immunisation is the process where a person is made resistant to an infectious disease by the administration of a vaccine as scheduled. The practice of immunisation dates back to hundreds of years with Buddhist monks drinking snake venom to confer immunity to snake bite and variolation which is smearing of a skin tear with cowpox to confer immunity to smallpox in 17th century China.

Edward Jenner, the father of vaccinology has set the beginning in 1796, when he inoculated a 13 year old-boy with vaccinia virus to demonstrate immunity to smallpox. Louis Pasteur’s experiments directed the development of live attenuated cholera vaccine and inactivated anthrax vaccine in humans in 1897 and 1904 respectively. Plague vaccine was invented in late 19th Century while bacterial vaccine developed Bacillis-Calmette-Guerin (BCG) is still in use today. In 1923, Alexander Glenny discovered a method to inactivate tetanus toxin and subsequently a vaccine against diphtheria was developed in 1926. Viral tissue culture methods that were researched till 1980s led to the introduction of the Salk, the inactivated polio vaccine and the Sabin, the live attenuated oral polio vaccine.

Vaccines production unlike a drug involves lengthy manufacturing and control processes while the quality controls represent 70 per cent of the manufacturing duration. Efficacious manufacturing of quality vaccines requires international standardisation with starting materials, production and quality control testing. It is a fact that it takes 12-36 months to manufacture a vaccine before it is arranged for distribution. All the components utilised in vaccine preparation, production processes, testing methods, reagents used have to comply with the standards set not just for the regulatory acceptance but for the real time application. Vaccine identity, purity, sterility, potency and induced toxicity are some of the efficacy and safety related processes to comply from the research & development (R&D) stage till the batch wise release and distribution.

Vaccines are known to produce various adverse clinical effects like inflammation and pain at the site of injection, fatigue and febrile responses. These clinical signs may have their counterparts expressed in toxicity studies in animals, such as infiltration of inflammatory cells at the site of administration, decreased food consumption by the animal, loss of body weight, elevation in body temperature etc. These adverse effects along with the intensity reflect the activation of various components of the immune system that varies with specific nature of the vaccine antigen and adjuvant. The disturbed inflammatory system with elicited cytokines and their entry into the bloodstream contributes to the expression of systemic manifestations of toxicity in clinical context while other physiological effects like altered arterial endothelial function are indicative of a systemic inflammatory response to the vaccine. More commonly, toxicities associated with vaccines stem from several factors involved in the inflammatory events in response to the administered antigen and/or adjuvant while excipients, preservatives, including antibiotics, that may be linked to these toxicities. 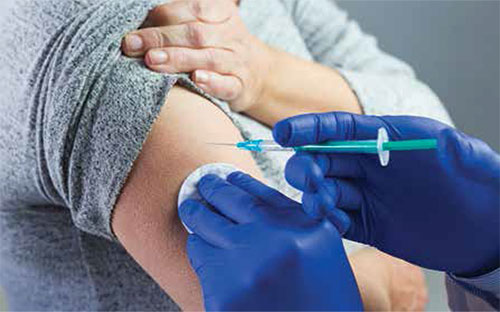 Vaccine class like any other therapeutic candidates while being researched and developed are expected to be evaluated in preclinical stages for safety to be qualified for human infusion. Once a vaccine is approved after successful clinical trials, it continues to be tested in production and batch release as part of quality control for the following read outs as the composition has the disease causing pathogenic organism: Potency, Purity, Sterility

FDA regulations for preclinical toxicology studies of vaccines require the components like antigens and adjuvants to also be tested for any adverse effects individually and in combination. There are five types of toxicology tests in addition to Potency test as part of regulatory submissions:

In 1955, some batches of polio vaccine given to the public confined live polio virus, even after passing required safety testing. This mishap, known as the Cutter Incident, resulted in many cases of paralysis in children. The Cutter Incident was an outlining moment in the history of vaccines, manufacturing and associated continuous safety evaluations during manufacturing and real time application from batches released for immunisation highlighting the need for other relevant safety specific nonanimal read outs. The abnormal toxicity test, Specific toxicity tests, Absence of toxicity, Irreversibility of toxicity, Test for pyrogens, extraneous agents are some of the essential evaluations that should be performed both in preclinical stages and during manufacturing batches. For certain types of vaccine, specialised toxicity studies are mandatory; for example, new, live attenuated virus vaccines that have either a theoretical or even an established probability for reversion of attenuation or neurotropic activity, virulence and neurovirulence studies are necessary for every batch manufactured.

Vaccines are administered to healthy humans and demands for safety and efficacy are therefore very high. Non-clinical testing, which is a prerequisite to moving a candidate vaccine from the laboratory to the clinic includes all aspects of validations, product testing, immunogenicity studies and safety testing conducted prior to clinical testing of the product in clinical tests. The nonclinical evaluation of vaccines includes continued safety related toxicity measurements of the manufactured vaccines before release for distribution. Potential safety concerns include toxicity due to the active ingredients, excipients, reactions to impurities such as production substrates, and interactions between components of other vaccines administered simultaneously if at all.

Although, studies/tests designed to determine the ideal dose to induce an immune response in qualified animal models can provide valuable information on the immune response extrapolated to subjects in clinical trail, and for the wider population once marketed, it is recognised that there are limitations in animal testing including:

Since Vaccines are derived from living organisms which are distinguished from chemical pharmaceuticals due to their complex physical, chemical and molecular compositions, their characteristics vary from batch to batch. The details of processes by which the vaccine is produced and tested including the in-process and final product testing are the primary goals of the manufacturer. Previously established concepts and methods of quality control were based on the distinctiveness of each individual batch of vaccine. The development and validation of alternative methods based on the principles of 3Rs for both potency and safety testing of vaccines to establish consistency in different batches was considered to be well thought at international forum. It was realised that few of the animal models in vaccine research and development are inevitable and irreplaceable, there are many in-vitro tests developed and established to evaluate Vaccine candidates induced toxicity profiles while being adopted for routine vaccine lot-release to overcome the major limitations with time taken to obtain scientific results. Use of virulent microorganisms or toxins in in-vivo assays poses a potential risk to those working in the laboratory like what would have happened with COVID-19 disaster.

Human surrogate system is an in vitro platform with human sourced primary progenitor cells based platforms as testing podium. Human surrogate cellular system involves growing human sourced cells in a culture dish, often with a supportive growth medium. They are known to offer a level of control that was not available if live animals had to be used, and can also support large-scale virus production. Some of the in vitro established tests like immunological specificity, immune activity and the potential for immune toxicity, antibody concentration, cellular immune responses (T-cell proliferation and cytokine quantification), functional antibody assays, titration assays, inherent and direct toxicity of the final formulation, toxicity associated with the pharmacodynamic activity of the candidate vaccine or its components, toxicity of contaminants  and impurities are performed on cell based systems. Any cell based system is of great value if the source to harvest the relevant cellular components is human. Any cell source is relevant to build the human surrogate system in vitro suitable for throughput screening and to for reproducible, specific, selective read outs if the dependence is not on biopsied tissues. The only other alternative to biopsy is biological discards and the availability in abundance make them the preferred choice to source primary and valuable live cells to utilise in preparing human surrogate in vitro systems for testing Vaccine candidates and Vaccines.

Use of in vitro methods and if on human surrogate systems would have advantages in respect of their relevance, reliability, costs and moral acceptability in Vaccinology. 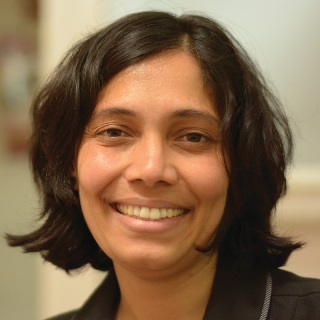