The recent advent of immunotherapies has transformed the landscape of cancer treatment. In 2017, 469 new clinical trials were reported on immunotherapy. Although the effect of immunotherapy on cancer has been transformational, they account for only a few percent of cancer patient population. Thus, nanoparticles can play a leading role in immunotherapy, CAR-T generation and immune check point modulation.

The important role of our immune system is to recognise the foreign substance from the healthy cells and eliminate the foreign object from the body while maintaining the normal cells unharmed. To do this, the body immune cells, such as lymphocytes and monocytes utilise unique check point molecules which function in a regulated way to either activate or quiescent the immune response against the foreign cells. Cancer cells sometimes dysregulate the function of immune check point molecules and reprogram me the checkpoints to escape being attacked by the immune cells. The discovery of check point inhibitors is a smart tool for selectively blocking the immune evasion mechanism in between the cancer cell and the immune cells, more importantly the T-cells and the Macrophages in order to resurrect and sustain the anti-tumour response.

Programmed death-1 (PD-1), programmed death ligand 1 (PDL-1), T-lymphocyte-associated antigen 4 (CTLA4) and B7-H3 are few examples that has been utilised in developing selective inhibitors to stop the immune evasion of cancer cells. Several monoclonal antibody inhibitors, such as nivolumab and pembrolizumab against PD-1, atezolizumab against PDL-1 and ipilimumab against CTL4 have been approved for clinical use of some cancers such as melanoma, lung cancer and bladder cancers. Clinical advancement of immune check point inhibitors has evolved over the time with improved therapeutic efficacy and safety. The first FDA approved check point inhibitor, ipilimumab improved the survival of advanced untreatable melanoma patients by 3.7 months as compared to conventional therapy. However, adverse side effect associated with immune-Related Adverse Events (iRAE) and moderate response rates to patients of ipilimumab compromised its use. Successively, PD-1 was considered as a better target than CTLA-4 because pembrolizumab and nivolumab antibody blocked the PD-1 in tumour-infiltrating T cells in the tumour milieu that reduced the side effects and improved response rates. The PD-1 therapy is effective for the PDL-1 positive tumours. This observation led to development of PDL-1 inhibitors such as atezolizumab that has been approved for non-small cell lung cancer (NSCLC) and advanced urothelial carcinoma (including bladder cancer) with improvement of overall survival to 4.2 months as compared to docetaxel treatment for NSCLC. Several combination therapies, including anti- CTLA-4 and anti-PD-1 have won the regulatory approval as early as 2014 for various types of cancers, such as stomach, breast, bladder, pancreatic, renal, lung and ovarian cancers. In 2017, 251 clinical trials were reported with combination immunotherapies. The reason for more effectiveness of combination therapy than the single therapy is due to their divergent mode of target. One such example is the combination of ipilimumab that target T-cell of lymphoid tissues and PD-1 inhibitor that target T-cell of tumour microenvironment. Although a combination immunotherapies have resulted in better therapeutic outcome, 60 per cent of the patients have reported severe iRAE including colitis or diarrhoea. 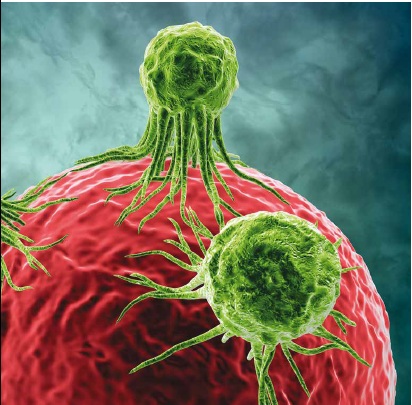 To address the adverse effect such as iRAE, several nanoparticle approaches have been utilised in cellular and preclinical setting. Lei, C. et al have reported that micron-sized mesoporous silica nanoparticle encapsulated with anti-CTLA-4 antibody had high loading efficiency and improved anti-melanoma efficacy as compared with soluble antibody and this result is attributed to controlled release of antibody from the microparticle. Kulkarni et al. reported a self-reporting nanoparticle system containing paclitaxel, PDL-1 targeting ligand, Fluorescence Resonance Energy Transfer (FRET) pair, DyLight 755 (fluorescent dye) and DyLight 766 (quencher) conjugated through caspase 3 cleavable linker. The novel design had a purpose to selectively target the PDL-1 positive infiltrating CD4+ and CD8+ T-cells that delivered the nanoparticle into the tumour environment, resulting in induction of paclitaxel mediated caspase 3 activation. This led to separation of FRET pair yielding a fluorescent signal. The [18F] FDG-PET or CT imaging of this nanoparticle showed no reduction in tumour uptake even after 7 days post-treatment. One of the limitation of this nanoparticle is the inability of real time imaging of the infiltrating T cells in tumour microenvironment. Delivery of siRNA against PD-L1, CTLA-4 has also been investigated  using various types of nanoparticles such as polymeric and cationic lipoid nanoparticles. Teo PY. et al reported the delivery of PD-L1 siRNA encapsulated in polyethyleneimine (PEI) polymers decorated with folic acid (FA) for sensitisation of epithelial ovarian cancer (EOC) cells through T cell mediated killing. The conjugation of FA with the PEI nanoparticle had enhanced siRNA uptake into EOC cells through cell surfaced over-expressing folate receptors and the data demonstrated almost 50 per cent PD-L1 protein silencing in EOC cells. Chen M et al reported feasibility of biodegradable poly(DL-lactide-coglycolide) nanoparticle (PLGA-NP) loaded with anti-OX40 antibody to efficiently induce cytotoxic T lymphocyte (CTL) response. The nanoparticle was prepared by double emulsion method and demonstrated an average size of 86 nm with a loading efficiency of 25 per cent. OX40 loaded PLGA-NP produced CTL activation and cytotoxicity to cancer cell through production of cytokine as compared to free anti-OX40 antibody. These results suggest that PLGAbased nanoparticle could be an efficient delivery system for cancer immunotherapy.

Recently, several companies are developing and commercialising cell-based therapeutics including hematopoietic stem cell (HSC) transplants, and chimeric antigen receptors (CAR) T cell therapy. In 2017-18 FDA approval of Tisagenlecleucel (Kymriah™) for lymphoblastic leukaemia and Axicabtagene ciloleucel (YescartaTM) for large B-cell lymphoma have revolutionised the T cell therapy and the data of these CAR-T therapy demonstrated overall response rate of 70-80 per cent indicating sustainability of the anti-tumour response. CAR is a engineered receptor that was designed to introduce the anti-tumour function of immune cells, such as T cell for killing cancer cells. Typically, these receptors graft the specificity of a monoclonal antibody onto a T cell. The chimeric receptors are the fused form of different sources, such as mouse and human. In CAR-T cell therapy, T cells were isolated from patients and then transfected with CAR vector containing tumour cell antigen recognising domain. Thus, after intravenous infusion of engineered CAR-T cells back into patients they will be able to recognise cancer cells and selectively kill them. Although CAR-T therapeutics have demonstrated outstanding clinical outcome, their safety and production are major challenges. Many patients experience the nonspecific cytokine storm effect. Alongside, individual T cell population has a unique cytokine profile and they can be identified either as a beneficial tumour-killing T cells or as detrimental counterparts. Thus, identifying subsets of CAR-T cell with tumour killing phenotype is one of the most important features for clinical success. Thus new strategy is required for producing CAR-T cell with persistent in vivo proliferation and reproducible potency. It is evident that T-cell subset with the less differentiated and stem-cell-like property had better therapeutic efficacy. In order to improve the odds against these challenges nanotechnology is playing an emerging role and few attempts have been adopted. In this regard, MT Huynh has developed clinically used calcium alginate nanoparticles (CANs) for delivery of vaccines and chemokines that improve the tumour homing of GD2. CAR T cells in neuroblastoma microenvironment. The ganglioside GD2 over-expressed on neuroblastoma and GD2 specific CAR T cells has been designed for tumour inhibition. As the insufficient migration of CAR T cells to solid tumours is one of the major problem of CAR T therapy, the author has used XCL1 chemokine to improve the diffusion of GD2. CAR T cells at the neuroblastoma site. Nanoparticles encapsulated with contrast agents have been used for tracking the biodistribution of CAR T cells. For instance, Super Paramagnetic Iron Oxide Nanoparticles-Copper-64 (SPION-64Cu) nanoparticles have been developed for performing whole-body PET imaging to detect T cell accumulation in CD19+lymphoma. This SPION-64Cu nanoparticle has been subjected to dual-modal imaging using high-resolution MRI to correlate biodistribution of CAR T cells with PET imagining. To reduce the cost of CAR T cell production, as well as restrictions on the number of genes that can be package, viral vectors are currently the most effective means to stably express these transgenes. To improve the transfection efficiency of CAR gene into T cell and to improve the scale up process in each patient, Dr. Smith et al., used synthetic DNA nanocarriers that can efficiently introduce leukaemia-targeting CAR genes into T-cell nuclei, resulting in long-term tumour remission.

Beside the CAR-T cell therapy, different sorts of cell therapy products are undergoing clinical evaluation for treating a variety of diseases, including autoimmunity, cancer, and infections. In the not too distant future, nanoparticles are expectedto play a significant role in improving the efficiency of disease therapy. 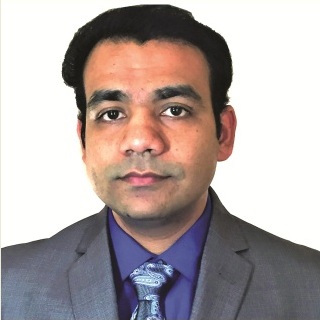 Samaresh Sau is a research associate at Department of Pharmaceutical Science in Wayne State University, USA. His research is focused on developing clinically translatable drug delivery system for imaging and chemo-immune therapy of cancer. He has 30 international publications, 2 US patents, and 2 Co-I or PI grants. 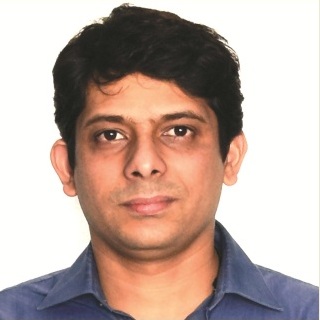 Arun Iyer is the Director of U-BiND Systems Laboratory and Assistant Professor of Pharmaceutical Sciences and at Wayne State University in Detroit, Michigan, USA. Iyer received the US DoD Early Career Investigator Award and the CRS T. Nagai Research Achievement Award for his outstanding contributions to controlled  elease science and technology. Iyer has authored close to 100 publications in peer reviewed International Journals and books of high repute.