Choosing an optimal cell culture media that can be seamlessly integrated into recombinant protein production workflows is essential for successful bioproduction. This article will examine some of the key attributes that manufacturers should look for when choosing a suitable medium for their process. It will cover areas such as the availbility of alternative formats and the need for supplementation, as well as highlight the importance of investigating how the media has been designed. Through this, it will spotlight how next-generation techniques including multi-omics analysis and bioinformatics modelling are being used to design highly optimized off-the-shelf media options.

Since the 1980s, monoclonal antibody (mAb) therapies have been a growing part of modern medicine’s toolbox of biopharmaceuticals with no sign of this progress slowing down. The recent success of mAb therapeutics against SARS-CoV-2 has demonstrated the potential of this technology to treat infectious diseases and prevent serious illness in vulnerable individuals and has contributed to a growing demand for these therapies.

To support this demand, there is no doubt that there will be significant pressure on mAb manufacturers to improve the output of their processes. Although mAb manufacturing workflows using Chinese hamster ovary (CHO) cells are well established, achieving improved output will still require process optimisations. It will be critical that productivity improvements are achieved without compromising on end-product quality or economic feasibility. In particular, choosing the optimal cell culture media and feeds system will be essential. Nutrients, growth factors, and hormones provided by cell culture media and feeds directly influence both cell growth and mAb product titres and quality—crucial factors in determining overall process productivity.

In response to the need for improved productivity, three key areas of media and feed development have seen significant advancements in recent years: performance, process efficiency, and risk reduction. Taken together, these improvements have the potential to significantly enhance mAb production. It is important for mAb manufacturers to appreciate these latest developments and understand how they can leverage them to optimise their workflow. This is imperative regardless of whether they are designing their own custom medium formulation, using a catalogue option, or combining both by customising an off-the-shelf option.

A multi-omics approach to media development

One of the key drivers of innovation in media development is the use of multiomics approaches for media design and optimisation. Specifically, the use of metabolomics and proteomics, which refer to the molecular characterisation of cell metabolites and proteins, respectively

Traditionally, media development and optimisation has been conducted using a technique known as spent media analysis. This technique compares the levels of different media components before, during, and after cell growth to identify how they are being used by the cells. An iterative, empirical approach can then be used to establish which components are driving productivity and how their relative quantities can be refined to develop an optimal formulation. This analysis allows major metabolites such as amino acids and vitamins to be measured and informs developers which molecules are being taken up or secreted by cells. As a result, spent media analysis has been a powerful tool in the media developer’s arsenal. 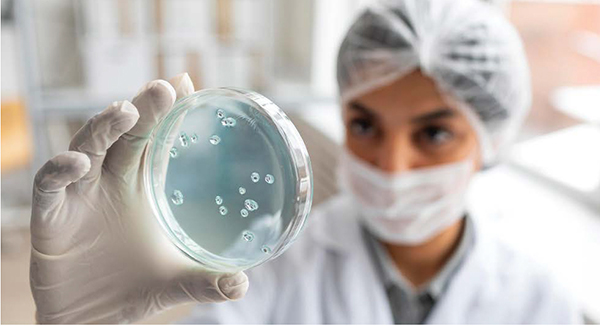 Multi-omics analysis builds on this strong foundation by providing even greater levels of detail and increasing the number of molecules that can be studied. By enabling the identification of specific proteins, proteomics enables the specific intracellular pathways that are being activated and inactivated to be recognised. This information can then be combined with metabolomics to assess how specific metabolites are flowing through these pathways. Overall, this can enable developers to identify pathway bottlenecks that could impact productivity and design new experiments to resolve them. For example, in a process where the amino acid cysteine is being consumed at a much higher rate than it is used in the manufactured protein, multi-omics can be used to identify where exactly the cysteine is being used. Developers can then undertake further investigations to develop a strategy that can direct cysteine toward protein production instead to improve productivity.

Using this approach, media developers can not only accelerate the development of an optimised solution, but also potentially uncover new strategies that would not have been possible with spent media analysis alone. Crucially, as multiomics approaches are now being applied in the development of both catalogue and custom media and feeds systems, an appreciation of this technique is essential for all mAb manufacturers.

It is also important for mAb manufacturers to understand what key performance improvements are now attainable. Previously, innovations in cell culture media and feeds have been mostly limited to increasing cell density and cell viability which, over time, has led to a plateau in the mAb titres achievable using CHO cells [2].

However, through the utilisation of multi-omics to design new media and feeds, progress has been made. For example, many next-generation media and feeds have the potential to increase specific productivity (QP) which can enable manufacturers to improve titres. They can also prolong cell viability during long bioreactor runs. This is a particularly important feature for improving overall process productivity for two main reasons, first, it can extend the period of time when the cells are functioning optimally. This means they are not only producing maximal product titres, but also mAbs with the correct quality attributes. Secondly, by preventing the disfunction and apoptosis of cells, it can limit the impurities released in the culture, preventing further cell damage and simplifying downstream purification.

Another avenue of optimisation opened by next-generation media and feeds systems is improved consistency of mAb quality. As the critical quality attributes (CQAs) of mAbs—such as glycosylation profiles, charge variants and aggregates—directly affect their biological activity, achieving consistent and desirable quality is crucial to enable the manufacture of efficacious therapeutics. Furthermore, high levels of inconsistency can impact productivity, as mAbs that do not meet the required CQAs will need to be removed during downstream processing, reducing the overall process yield. Combined, these factors demonstrate the need to either choose or develop a media and feeds system that can optimise mAb quality. 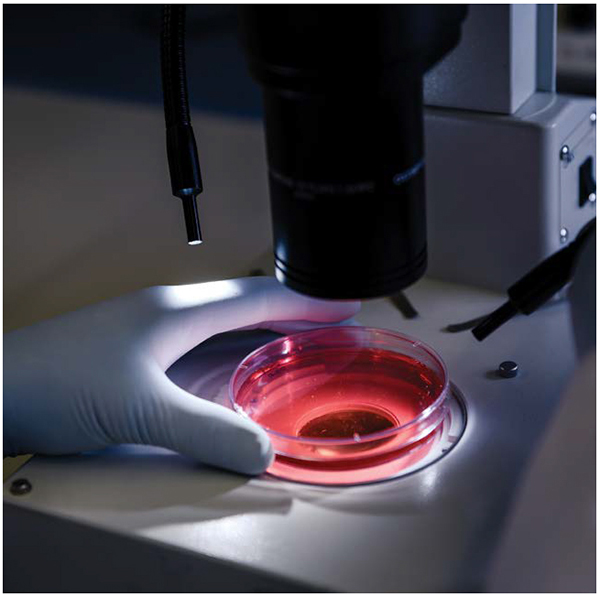 Despite the clear importance of choosing a medium and feed combination that can maximise product titres and quality, it is vital to acknowledge that high performance alone is not the only indicator of a successful process. This is because overall productivity is a combination of both performance and process efficiency, with the latter becoming increasingly important as production volumes increase.

One area where innovation has helped dramatically improve process efficiency is the development of advanced media and feeds formats. When working at a commercial scale, the use of liquid format media is often unfeasible due to the cost, transportation and storage challenges associated with handling the large volumes of liquid required. Instead, many manufacturers purchase their media in a dry format which can be easily stored and reconstituted in-house when needed. Although, it is essential to remember that not all dry formats are equal. To maximise efficiency, advanced dry formats are available that have been designed to simplify reconstitution. Specifically, features such as improved dissolution and pH and osmolality pre-adjustment offer major benefits and can contribute to significant time savings when considered over the lifetime of the process. Catalogue media and feeds supplied in these advanced formats have been carefully engineered to achieve equivalent performance to the liquid formulation, allowing for a more streamlined scale-up journey. However, this may not always be the case for custom formulations. As a result, manufacturers with the goal of developing their own formulation need to prioritise ensuring it is compatible with conversion into an advanced format. Importantly, they need to do this from the beginning of the design process as late-stage redevelopment is often costly and can delay scale-up.

In addition to new formats, new catalogue feeds are also being designed to be integrated more easily into mAb manufacturing workflows. This includes the development of single-part feeds which, by eliminating the need to blend multiple components, can enable manufacturers to improve the efficiency of their workflow and reduce the risk of formulation errors.

Another way manufacturers can reduce risk is by using animal–origin free (AOF) and chemically defined (CD) media and feeds. Use of AOF components can reduce the risk of adventitious agents and eliminate the need for additional lengthy qualification procedures. Furthermore, by providing a known formulation, CD media and feeds can increase process reproducibility, improving batch-tobatch product consistency in terms of both mAb titres and quality.

Beyond the formulation of the medium and feed themselves, there are also wider considerations around procurement that can reduce the risk of delays. For example, working with a vendor that can leverage a global redundant manufacturing network can make supply chains more robust and reduce the risk of supply disruption. In this scenario, it is vital to assess vendors’ site-to-site equivalency to validate lot-to-lot consistency. Finally, when leveraging an external media manufacturer to produce a custom formulation, ensuring that the vendor employs rigorous raw material qualification and offers supply chain transparency is crucial to help prevent lot-to-lot variability.

Given the significant progress that has been made in the development of nextgeneration cell culture solutions, it is no surprise that medium and feed selection can be a daunting process. Along with deciding whether to develop their own formulation or choose a catalogue option, mAb manufacturers also need to fully understand what key attributes to prioritise during the selection or design process. This is going to be essential to enable them to optimise their processes specifically for their target CHO cell clone and reach a level of productivity that can meet the demands of the growing mAb market. Most importantly, they will need to be able to maximise their titres and workflow efficiency while keeping their process economically viable.

Ultimately, to achieve this, manufacturers need to gain a wider awareness of what is now available and achievable within the industry. One straightforward way to gain this knowledge and embrace the future of mAb production, is by speaking to a trusted vendor. Whether they are looking for support in developing a custom formulation, or choosing the best catalogue solution for their process, drawing on the knowledge of professionals can prove invaluable. By leveraging an understanding of the past, present, and future of mAb manufacturing, they can provide a detailed insight into how an individual workflow can be optimised to achieve maximum productivity. 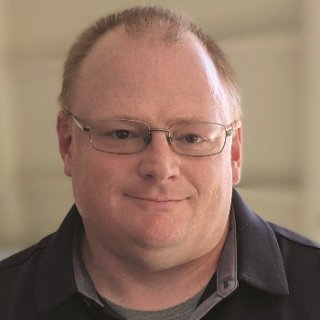 After graduating from the University at Buffalo with a PhD in Microbiology and Immunology, Paul joined Thermo Fisher Scientific. In his current role, he has been instrumental in the development of Thermo Fisher's multi-omics capabilities which have been utilised to support the development of the new Gibco™ Efficient-Pro™ medium and feed system. 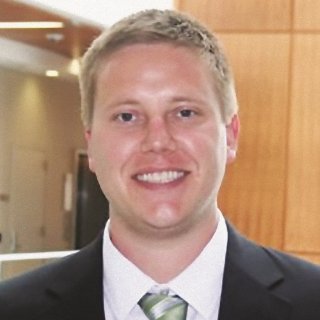 After completion of his PhD at the University of Kentucky and a post-doctoral appointment at UC Davis, Chad has had professional stints across the bioprocessing industry. As a senior product manager at Thermo Fisher Scientific, Chad is responsible for the new Gibco™ Efficient-Pro™ medium and feed system and the customer-owned formulation product line.