RFID is performing functions relevant to pharmaceutical distribution and administration.

RFID in healthcare is a small part of the global RFID market today, but it is growing rapidly to become a US$2.1 billion business by the end of 2006. A large part of this will be the tagging of pharmaceuticals for many purposes, including RFID-enabled smart packaging that records usage data such as when each tablet was removed. These ‘patient compliance monitoring’ blisterpacks and plastic bottles of tablets make the results of drug trials more trustworthy because they show which patients fail to follow instructions. Some of these packages prompt the patient when to take the pills and even give a graph of how well the patient performed in pill taking over the last week. Patients welcome this information and try to do better. Some of the packages have electronic self-adjusting use by dates that respond to heating of the contents. As prices come down, such smart packages will even appear in the home, but that is a long way off. Let us look at what is happening now.

In the USA, Wal-Mart has a phased program of requiring suppliers, including pharmaceutical companies, to RFID label all pallets and cases it receives. In addition, Wal-Mart has a program requiring RFID tags to be fitted to Class 2 prescription drugs, such as painkillers and other prescription narcotics, at item level. That includes blisterpacks and small plastic bottles of medication. This is for improvement of service, security and cost control. The US Food and Drug Administration FDA recommends RFID on pharmaceuticals at item level but for anti-counterfeiting. The FDA is dissatisfied with the limited progress on this. Pfizer's Viagra, GlaxoSmithKline's Trizivir and few other brands are tagged so far, so the FDA may make it a legal requirement by 2007.

East Asian pharmaceutical suppliers must respond to these requirements when exporting to the US and there is also the possibility of local legislation and mandates mimicking the US practice but not in the near future. In addition, RFID is performing functions relevant to pharmaceutical distribution and administration, including RFID health cards given to patients with health record, dosage, adverse reactions and so on recorded on them and RFID wristbands linked electronically to RFID tagged drugs for error prevention. Some of the wristbands give position from a distance. They are Real Time Locating Systems RTLS. Some of the tagged drugs will be used on smart shelves and in smart cabinets that provide instant stocktakes and provide alerts when errors are about to occur. Pretide Technology CEO Sharon Chen reports success in selling RFID systems to hospitals at around US$100,000 per initial system installed.

Pretide Technology is a subsidiary of Pretide Holdings, headquartered in Hong Kong. Its Taiwan office operates as an independent enterprise handling Asian customers. These customers are mostly from Taiwan, Hong Kong and China. About 70% of the staff at Pretide Technology are R&D engineers and managers.

According to Chen, “Our company goal is to double our revenues and number of employees each year. We see real opportunities to achieve this here in Asia. Currently about 70% of Wal-Mart vendors are Asian companies. We think they could potentially be the second wave of our customers. We anticipate that mid-size companies and even small businesses in Asia will generate significantly more RFID users over the next few years. Regarding the US and Europe, mostly big customers are expected to deploy RFID solutions in the near-term. This is why I would predict compound annual growth at the 50-60% level, for the whole industry, during the next three to five years.”

Smart health cards are sometimes contactless i.e. RFID and therefore capable of working when wet and without need of a slot to sense them. By contrast, a conventional smart card has to be inserted in a slot the right way up and the right way round and it may be necessary to wipe the gold contacts to get it to work satisfactorily.

“Ubiquitous Sensor Networks” (USN) are based on large numbers of small electronic devices that sense. They include RFID labels that record sensed data such as the time-temperature profile of blood in transit and storage – something beginning to be done in Europe and the USA. The more general concept of USN had field tests in South Korea in 2005. The National Computerisation Agency (NCA) selected what it called “application services models”. They included what was called “u-hospital” which involved blood and anti-cancer agent management. KMI Co Ltd., created the RFID system and NCA established the technical and commercial feasibility of managing blood and anticancer agents in order to minimise medical accidents.

Mismatching patients to their care can involve giving the wrong medication. Yet, in most healthcare facilities, there is no patient identification technology to prevent wrong administration of pharmaceuticals. Handwritten wristbands have problems such as:
• 8.6% of them contain incorrect data
• 5.7% are illegible to some degree
• They usually cannot be read without disturbing the patient

Barcoded wristbands are not much better so RFID is increasingly used, particularly since many versions can be updated with information at a distance even through obstructions such as bedclothes.

This solution involves tracking the patients at every stage of their treatment. Catholic Medical Center - KangNam St. Mary’s Hospital in Seoul, South Korea is using AeroScout parasitic Wi-Fi RFID tags and software with its Cisco wireless infrastructure to improve overall operational and patient flow in the 850-bed facility by “radio fingerprinting”, knowing location by a wristband sensing WiFi emitters. Hospital staff say that the resulting automatic patient recognition, real-time location and alert capabilities will help smooth traffic through the entire process and enhance delivery of patient services including pharmaceuticals, decreasing waiting periods for both staff and patients and reducing the chance of errors.

From May 2003 Alexandra Hospital, the only public hospital in Singapore not to be touched by the SARS outbreak, tested the new Hospital Management Tracking System in its accident and emergency department. The National University Hospital started a trial for its staff and this was then extended to cover patients and visitors. All patients, visitors and staff who enter areas in the two hospitals where the trials are being conducted must provide their name and contact information at the registration counter, so they can be contacted later, if necessary. They are then given an active (with battery) RFID card.

Hospital employees have also been given these cards. The active devices supplied by DSTA of Singapore continually transmit RFID signals at 433 MHz to readers placed around the facilities. The emergency department at Alexandra Hospital is divided into several zones. A receiver has been installed in the ceiling of each zone. The SARS virus incubates in 10 days, so the system was set up to store information about visitors for 21 days. This ensured that information about all the contacts, a probable SARS patient had within the hospital, remains available well after the incubation period. The information, which is confidential, is deleted from the system after 21 days.

DSTA worked with ST Electronics, a unit of Singapore’s ST Engineering. ST created the software that enables the system to track in real-time when a person enters or leaves a certain zone. It formulated back-end software that allows staff to query the database for information. Hospital staff access the application through a portal on the hospital’s intranet. If a patient is suspected of having SARS, staff can run an immediate check to find out who has had contact with him/her, in which zone and at what time.

Alexandra Hospital handles about 250 emergency cases a day, with each patient allowed one visitor. There are also 36 doctors and nurses working in the department and the system has adequately tracked the movements and contacts of more than 500 people per day. So far, there have been no SARS cases, so the system has not been needed to trace back contacts.

The Tung Yuan hospital in China has also been tagging staff and patients as a measure against SARS and this is the basis of another case study on the IDTechEx RFID Knowledgebase of over 2000 cases of RFID in action in 75 countries. 156 of these studies are in healthcare, a sector where RFID adoption is now proving particularly rapid. See www.RFIDbase.com

There has also been work in Taiwan on patient and drug tagging. Indeed, Bangkok Hospital, one of the biggest hospitals in Thailand, has completed a pilot project on RFID technology and now plans a roll-out in 2006, then expanding it to 13 hospitals in its group in Bangkok and provinces countrywide within three years. It is expected that patients will be issued RFID-based wristbands that store basic information about the patients such as name, sex, age, the drugs they have received and the dosages that need to be administered. Parasitic Wi-Fi RFID has been chosen. 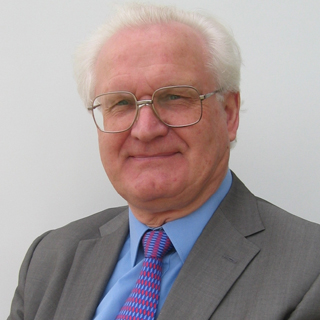