Crystallisation is used extensively in the pharmaceutical industry for the separation and purification of chemical compounds. Recently, radically new technologies have been developed that allow for step improvements in the performance of pharmaceutical crystallisation. This article provides a brief overview of such technologies and discusses the opportunities for industry.

Solution crystallisation is the formation of a crystalline solid state from a homogeneous solution. Different methods exist to create the driving force for crystal nucleation and growth. Common crystallisation methods are based on strategies to lower the solubility (e.g., via cooling or the addition of a so-called anti-solvent) or to increase the solute concentration via solvent removal. Crystallisation can easily achieve a product purity in excess of 99 per cent in a single step at mild operating conditions, which explains its wide application for the separation and purification of intermediate compounds and Active Pharmaceutical Ingredients (APIs) in the pharmaceutical industry. However, pharmaceutical crystallisation is also a complicated process with many interacting physical phenomena and its design and operation is challenged by the need to optimise process performance criteria related to aspects such as throughput and stability. Furthermore, tight requirements related to intrinsic crystal quality attributes such as size distribution, shape, and solid-state form often have to be considered. Such quality attributes will always have some impact on downstream processes (e.g., filtration, drying) and may also affect the final product performance (e.g., bioavailability).

Process intensification aims to enable step changes in the performance of chemical processes by deploying radically different processing technologies. Prominent examples include the development of reactive distillation and catalytic membrane reactors. The pharmaceutical industry is traditionally not among the frontrunners of PI. However, in recent years, driven by competition from the growing generic drug market, increasing cost in drug R&D and incentives from regulatory authorities, pharmaceutical industry becomes more involved in embracing innovations for advanced manufacturing.

PI approaches for pharmaceutical crystallisation (Figure 1) can be organised according to a fundamental view on PI proposed by Van Gerven and Stankiewicz, which is based on a classification into four domains (space, time, function, and energy).

Significant spatial inhomogeneity often exists in crystal suspensions. Besides gradients in concentration, temperature and momentum, the distribution of the solid phase in the vertical direction is also often non-uniform. Such inhomogeneous conditions are usually undesirable, as the crystal formation may occur at unintended conditions leading to an offspec final product quality. Furthermore, inhomogeneous conditions lead to a non-uniform product quality. Various PI approaches have been developed in the space domain, which can be divided into two directions: miniaturisation and structurisation.

Miniaturisation refers to crystallisation in a confined space. The confined space helps to create a well-defined and homogeneous solution environment and offers different crystallisation behavior compared to bulk crystallisation due to inherent surface and volume effects. For example, a miniaturised space can offer a large surface-to-volume ratio, which provides opportunities for surfaceinduced heterogeneous nucleation to control crystal formation. Furthermore, crystal growth can be restricted due to physical barriers and fast depletion of supersaturation in a small volume avoiding large crystals. Commonly applied enabling technologies for miniaturisation include emulsions, patterned surfaces and porous materials. Crystallisation inside the dispersed phase of an emulsion has been used for the production of small crystals, drug encapsulation and drug delivery. A patterned surface offers an array of small wells for crystallisation, which can be fabricated by standard lithographic techniques. Although a patterned surface may not be practical for manufacturing, it can be a useful tool for screening optimal crystallisation conditions in the early R&D phase. Finally, porous materials such as porous glasses, MCM-41 silica and alginate gel offer another possibility to confine crystallisation. The use of biocompatible porous materials offers new opportunities to integrate crystallisation with downstream formulation steps to produce drug products with high bioavailability.

PI approaches in the time domain have been developed along two directions: manipulating process time scales or introducing dynamic states. The switch from batch to continuous operation is an important PI approach for pharmaceutical crystallisation processes, which aligns well with the trend in pharmaceutical industry. Furthermore, periodic operation has been investigated as a PI approach to provide a desired dynamic profile of operating states.

A continuous crystalliser can be a single or cascade of Mixed Suspension Mixed Product Removal Crystallisers (MSMPRC) or a Plug Flow Crystalliser (PFC). A single MSMPRC is robust, but exhibits a broad residence time distribution, which may lead to a non-uniform crystal product quality. In this respect, a cascade of MSMPRCs is preferred to obtain a narrow residence time distribution and more uniform product quality. Moreover, the use of multiple MSMPRC in sequence also gives more flexibility to optimise operation. The PFC inherently provides a narrow residence time distribution and, therefore, usually has a higher throughput and more uniform product quality compared to an MSMPRC. The supersaturation profile along the tube can de designed by adding anti-solvent or manipulating the cooling rate at different segments.

Temperature cycling is an example of periodic operation and involves alternating heating and cooling of the crystal slurry. The solution becomes undersaturated after heating, which leads to partial dissolution of small crystals. After a slight increase in solute concentration, cooling will be employed leading to the growth of the remaining crystals and the possible formation of new nuclei. This successive dissolution-recrystallisation can be considered as an intensified ripening process, which promotes the formation of thermodynamically favoured states. Temperature cycling has already found applications for the control of various crystal quality attributes, such as polymorphic form, chirality, shape, and size distribution.

One important general PI principle relates to the execution of different process functions in a single physical space, which aims to achieve synergistic effects and to reduce the number of equipment. Crystallisation has inherent thermodynamic and kinetic limitations. Therefore, combining crystallisation with other separation technologies to create a so-called hybrid separation process can lead to synergistic effects improving the overall separation performance. Membranes have several advantages for solvent removal, which can be combined with crystallisation to generate supersaturation in a more controlled way and potentially with lower energy consumption. Such membrane-assisted crystallisation based on reverse osmosis or membrane distillation has been successfully demonstrated on a small scale. Compared to solvent evaporation, membranes offer a larger surface area for solvent removal which allows for more compact equipment. Another promising  hybrid crystallisation process involves the combination of chromatography and crystallisation, which has demonstrated excellent performance for chiral separations. Chromatography is used to enrich one of the enantiomers, which will then be separated sharply by preferential crystallisation to produce the pure enantiomer.

The application of other external fields for crystallisation, including microwave, magnetic fields and laser, has also been reported. Microwaves can be used for rapid heating, which can be used for fast temperature cycling or solvent evaporation. The use of magnetic fields has been demonstrated to enable better control over the polymorphic form and spatial orientation of crystals for some cases. Finally, laser is mainly used to enhance the nucleation rate by either photochemical or non-photochemical effects. 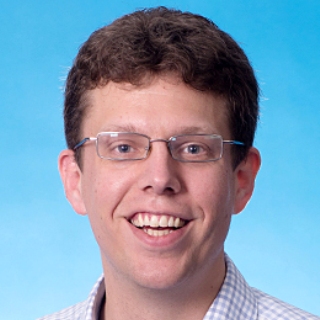 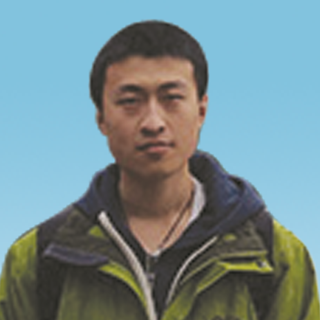 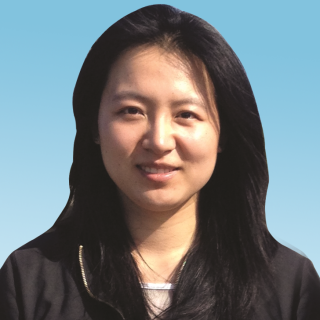 Fei Li is an Assistant Professor in the School of Chemical Engineering and Technology at Tianjin University. She received her Ph.D. degree from McGill University and was a Postdoctoral Associate at The Hong Kong University of Science and Technology.