More than 90 per cent cancer deaths are ascribed to Multi Drug Resistance (MDR). MDR is the condition, which is either intrinsic or acquired, characterised by resistance towards conventional as well as novel chemotherapeutics. Multifunctional, multi-targeting nanophytochemicals is now being considered as potential hope in the form of synergistic therapeutics.

Cancer is characterised by unrestrained growth of abnormal cells which have potential to alter genome, dynamically. Invasion of nearby tissues and ability to metastasise by such cells hamper the normal biofunction of healthy cells. According to recently published statistical reports, almost 90 per cent of advance stage cancer patient’s death can be ascribed to cancer drug resistance.

Cancer drug resistance is complex phenomenon and can be categorised as intrinsic or acquired resistance. In few cases, cancer cells survive even at the clinically relevant doses of established standard chemotherapy which is called as intrinsic resistance whereas at some instances after attaining promising result at initial phases, therapy suddenly turns out to be non-responsive and leads to recurrence of tumour growth. This acquired drug resistance often called as Multi Drug Resistance (MDR) when cancerous cells develop resistance and cross resistance to functionally or even structurally unrelated chemotherapeutics agents. The cancer drug resistance remains serious challenge and observed not only in chemotherapy but also with cancer immunotherapy and targeted anticancer drugs. Although it is feasible by liquid biopsy to detect drug resistance and cancer relapse at early stage with real time monitoring of patient’s therapy; however there lacks corresponding full proof treatment modalities.

Various mechanism of MDR have been put forward such as genetic alterations that occur after or during the treatment, signalling pathway feedback loops and bypass mechanisms, tumour microenvironment, tumour heterogeneity and tumour evolution. Many times, more than one mechanism is involved in the MDR which ultimately results in enhanced drug efflux, altered drug metabolism, increased DNA damage repair and reduced apoptosis. Dynamic genetic alterations, plastic and adaptable behaviour with the tumour microenvironment leads to somatic mutations associated with drug resistance and makes cancerous cells capable to survive even in increased concentrations of the drugs. These epigenetic alterations may even induce surrounding normal tissues to secrets various enzymes to create camouflage effect or to change the overall microenvironment to suppress immune response signals. Current conventional treatment modalities include chemotherapeutics, radiation therapy or surgery which appears insufficient and suffers with many limitations. Ideally chemotherapeutics agents should selectively kill rapidly dividing cancerous cells sparing normal healthy cells. However, devoid of such differentiation function, normal  epithelial cells, haematopoietic cells) are also killed significantly. This ultimately leads to chemotherapy induced side effects which may be short term (alopecia, myelosuppression, Stomatitis, nausea) or long term (cardiac dysfunction, infertility, secondary leukaemia, weigh gain).

In recent years, natural product and their derived phytochemicals have attracted a great deal of attention from researchers due to their potential ability to suppress the most chronic illnesses. Specifically, in case of anticancer drugs approved world-wide over the last 6 decades, nearly 50 per cent were either plant based or directly derived from them. If all plant inspired pharmacophores are to be considered then almost 75 per cent of all the anti-tumour drugs were natural compounds. This notable contribution from the plant-based chemicals emphasises its important role in the cancer drug discovery process.

The isolated fraction of these natural compounds often termed as phytochemicals (‘Phyto’ means plant). Basically, they are secondary plant-metabolite. They are generally produced as a defence mechanism and have protective function. They are developed against predators or to aid the organism adapting to its surrounding environment. The prolong evolution while adapting to various stresses and natural selection process, have resulted into optimised, biologically active metabolites which can be highly potent and selective.

Phytochemicals based on their molecular structure were classified into phenolic compounds, alkaloids, lectins, terpenoids, isoprenoids, and quinones. The majority of these natural products fall under phenolic compounds comprising polyphenols and flavanoids.

Now a day’s phytochemicals are being actively thought as adjuvant therapy or a combination therapy along with chemotherapeutic agents for their safety and reduction in chemo-toxicity. Interestingly, phytochemicals can act on many molecular targets and through multiple signalling pathways, simultaneously and perform multiple functions. These mechanisms may involve activation of caspases, p53, up-regulation of pro-apoptotic proteins, down-regulation of anti-apoptotic proteins, Inhibition of Akt/mTOR signalling pathways or phosphorylation of NF-kappaB, STAT3 and PI3K. Phytochemicals can work as MDR reversal agents by affecting expression or activity of efflux proteins (ABC transporters). In addition, they can exhibit synergism with other anticancer agents.

In spite of all their merits most of the phytochemicals suffers with poor solubility, permeability or stability issues. These constrains can be successfully managed by nanotechnology. Nano drug deliverybased carrier system were widely applied to deliver chemotherapeutic agents for thernostics applications. These vector systems found to deliver therapeutics in sufficient concentration at the site of action if decorated with targeting ligand. These novel vectors helps to combat MDR by overcoming drug efflux associated with ABC transporters. Various form of nanoformulations (Polymeric nanoparticle, Solid lipid nanoparticles, Liposomes, Nanomicelles, Dendrimers) improves transportation across the cell membrane, bioavailability and therapeutic efficacy of phytochemicals. Selected phyto-nano formulations are applied for resistant cancers are depicted below.

Polymeric nanoparticles are used to encapsulate the small molecular weight drug for controlled drug delivery at the targeted site. This encapsulation avoids degradation of the drug from surrounding enzymes. Formulation of the nano size particles can be prepared by natural or synthetic polymers which are biodegradable. Gera et al. have developed nano composite encapsulated with phytochemical extract (BRM270) and tested against human hepatic cancer cell lines. As compared to free extract the phyto-nano-composite was found to be better at arresting cell growth at 12 μgmL-1. This extract was found to down-regulate certain proteins (MMP9, BCL2, IL6) and induce apoptosis.

Liposomes are vesicular structures in size range of 10 nm to 1μm. The composition of liposomes usually involves phospholipids and surfactants and co-surfactants, where both polar and non-polar drug payload can be delivered to the target site. These lipidic structures are biodegradable and biocompatible. Shu et al. have surface modified liposomes encapsulating betulinic acid targeted towards myelogenous leukaemia. Mannosylerythritol lipid-A was used to increase the permeation ability. This enhanced transfection lead to increased apoptosis and corresponding anticancer effect was attributed to G1 stage inhibition. Similarly, Icariin, a flavonol glycosides, loaded phytosomes were fabricated by solvent precipitation and found to induce apoptosis in ovarian cancer cell lines.

Cancer drug resistance is complex phenomenon owing to involvement of multifaceted signalling pathways. Though in vitro cyctotoxic assays and preclinical studies are very encouraging with respect to phytochemicals and combination delivery with other chemotherapeutics. However, more proof of concept and clinical trials will be required to justify the rational synergistic combinations. Yet the approach has great potential and demands further detail exploration from the scientific community to address over-pressing challenge of MDR in cancer. 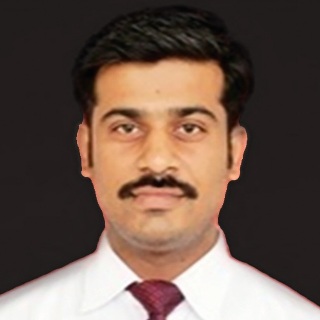 Abhijeet Dattatraya Kulkarni is currently working at SRES’s Sanjivani College of Pharmaceutical Education and Research, Kopargaon Maharashtra. He has earned his Ph.D. from North Maharashtra University Jalgaon (M.S.). He has more than 12 years of teaching and research experience. His research expertise lies in the polyphenol drug delivery.