Orally disintegrating tablets are an emerging trend in formulation, gaining popularity due to ease of administration and better patient compliance for geriatric and pediatric patients.

Orally disintegrating tablets (ODT) are an innovative technology, which disintegrates rapidly, usually in a matter of seconds, without the need for water, providing optimal convenience to the patient. Conventional tablets and capsules pose difficulty for swallowing in patient groups such as elderly, children, and patients mentally retarded, uncooperative, nauseated, or on reduced liquid intake diets. To fulfil the above needs, formulators have devoted considerable efforts for developing ODT. Researchers have formulated ODT for various categories of drugs, which are used for therapy in which rapid peak plasma concentration is required to achieve desired pharmacological response. These include neuroleptics, cardiovascular agents, analgesics, anti-allergic and drugs for erectile dysfunction.

The performance of an ODT depends on the technology used in its manufacture. The disintegrating property of the tablet is attributable to a quick ingress of water into the tablet matrix, which creates porous structure and results in rapid disintegration. Hence, the basic approaches to develop ODT include maximising the porous structure of the tablet matrix, incorporating the appropriate disintegrating agent and using highly water-soluble excipients in the formulation. Techniques, which have been used by various researchers to prepare ODT include Freeze-Drying, Tablet Moulding, Spray Drying, Sublimation, Direct Compression, Cotton Candy Process and Mass-Extrusion, however most of these techniques are patented.

Freeze drying is the process in which water is sublimed from the product after it is frozen. This technique creates an amorphous porous structure that can dissolve rapidly. However, the major disadvantages of this technique are that it is expensive, time consuming and fragile, which makes conventional packaging unsuitable for these products. Tablet moulding technology employs water-soluble ingredients for the rapid disintegration, but the tablets are less compact with low mechanical strength. Spray Drying and Mass Extrusion techniques also produce highly porous powders but require sophisticated instrumentation and the process is governed by a large number of variables. Sublimation produces a porous structure in the tablet matrix by use of volatile ingredients but it requires their complete removal since the remains are a matter of concern. The cotton candy process uses the candyfloss technique, however the high processing temperature limits its use to thermostable compounds only. Direct compression on the other hand represents the simplest and most cost-effective technique for the tablet manufacturing. This technique is useful for preparation of ODT because of the availability of improved excipients especially the superdisintegrants. The article cites the various types of superdisintegrants with their characteristics, mechanism of disintegration and their applications in the formulation of ODT.

Disintegrating agents are substances routinely included in the tablet formulations to aid in the break up of the compacted mass when it is put into a fluid environment. They promote moisture penetration and dispersion of the tablet matrix. In recent years, several newer agents have been developed known as “Superdisintegrants”. These newer substances are more effective at lower concentrations with greater disintegrating efficiency and mechanical strength. On contact with water the superdisintegrants swell, hydrate, change volume or form and produce a disruptive change in the tablet. Effective superdisintegrants provide improved compressibility, compatibility and have no negative impact on the mechanical strength of formulations containing high-dose drugs. The commonly available superdisintegrants along with their commercial trade names are briefly described herewith.

Sodium starch glycolate is the sodium salt of a carboxymethyl ether of starch. It is effective at a concentration of 2-8%. It can take up more than 20 times its weight in water and the resulting high swelling capacity combined with rapid uptake of water accounts for its high disintegration rate and efficiency. It is available in various grades i.e. Type A, B and C, which differ in pH, viscosity and sodium content. Other special grades are available which are prepared with different solvents and thus the product has a low moisture (<2>

Cross-linked sodium carboxymethylcellulose is a white, free flowing powder with high absorption capacity. It has a high swelling capacity and thus provides rapid disintegration and drug dissolution at lower levels. It also has an outstanding water wicking capability and its cross-linked chemical structure creates an insoluble hydrophilic, highly absorbent material resulting in excellent swelling properties. Its recommended concentration is 0.5–2.0%, which can be used up to 5.0% L-HPC (Low substituted Hydroxy propyl cellulose) It is insoluble in water, swells rapidly and is used in the range of 1-5%. The grades LH- 11 and LH-21 exhibit the greatest degree of swelling.

It is a completely water insoluble polymer. It rapidly disperses and swells in water but does not gel even after prolonged exposure. The rate of swelling is highest among all the superdisintegrants and is effective at 1-3%. It acts by wicking, swelling and possibly some deformation recovery. The polymer has a small particle size distribution that imparts a smooth mouth feel to dissolve quickly. Varieties of grades are available commercially as per their particle size in order to achieve a uniform dispersion for direct compression with the formulation.

It is a natural super disintegrant that does not contain any starch or sugar so can be used in nutritional products.

It is insoluble in water and disintegrates by swelling or wicking action. It is a hydrophilic colloidal substance, which has high sorption capacity. It is also available as salts of sodium and potassium.

It is an anionic polysaccharide of linear tetrasaccharides, derived from Pseudomonas elodea having good superdisintegrant property similar to the modified starch and celluloses.

It is a highly porous, lightweight superdisintegrant, which acts by wicking action. Its optimum concentration range is 20-40%

The INDION 414 has been used as a superdisintegrant for ODT. It is chemically cross-linked polyacrylic, with a functional group of – COO – and the standard ionic form is K+. It has a high water uptake capacity.

Although there are many superdisintegrants, which show superior disintegration, the search for newer disintegrants is ongoing and researchers are experimenting with modified natural products, like formalincasein, chitin, chitosan, polymerized agar acrylamide, xylan, smecta, key-jo-clay, crosslinked carboxymethylguar and modified tapioca starch.

Thus, an overview of various types of superdisintegrants which are available have been discussed. The ease of availability of these agents and the simplicity in the direct compression process suggest that their use would be a more economic alternative in the preparation of ODT than the sophisticated and patented techniques. 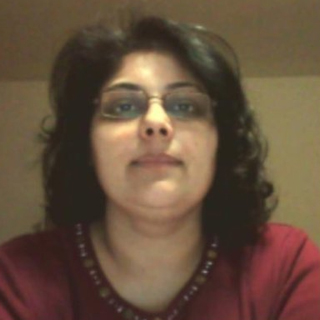