Challenges for R&D success in China

For pharma R&D success in China, the essence is to know how the local environment will support or pose challenges to the characteristics of an effective organisation.

Novo Nordisk (NN) has pioneered R&D in China by setting up the first pharma R&D organization in Beijing in late 2001. Over the past 5 years, the R&D centre has become a skilled biotechnology provider in core areas of expertise. Building on the past achievements in establishing technology platforms, the centre will now undertake the challenge to become a co-driver in novel drug target identification in selected areas.

NN is a mid-sized international pharmaceutical company headquartered in Denmark and is focused on establishing core businesses within diabetes, bleeding and growth disorders. In 2000, NN decided to extend its R&D activities into immunotherapy against cancer and inflammation. Accordingly, it became necessary to establish a stronger core competence in protein expression using E. coli as a host. It was decided to establish this competence in China, i.e. establish Novo Nordisk (China) R&D (NNCR&D), for three main reasons: 1) support the NN business in China, 2) cost-effectiveness for a stateof- the-art biotechnology centre, and 3) identification of collaborative R&D opportunities in China.

The NNCR&D started operation in 2001 in an 800m2 facility designed for a staff of 30 employees. A project with high chance of success titled “Development of a new human growth hormone production process” was chosen as NNCR&D’s first project to help build the team with strong expertise in bacterial protein expression. Interacting with experienced colleagues from the HQ, the team succeeded in developing a new process enabling a 6-fold increase in hGH production, and a novel antibiotic-gene free E. coli selection system, which will be suitable for production of other proteins as well. Since then, NNCR&D has participated in more projects with excellent results. Due to the positive prospects of a long-term commitment to R&D efforts in Beijing, NNCR&D was relocated to a new 2300m2 facility designed for a staff of approx. 60 employees in the Zhongguancun Life Sciences Park in July 2004.

The current pharmaceutical R&D environment in China is progressing with several initiatives to move away from a fairly low starting point dominated mostly by in-experienced biomedical/industrial scientists. First of all, although the Chinese culture is significantly different from that of the West, there is no major cultural barrier for success of a Western style R&D organisation in China, because Chinese employees are amenable to changes. Second, Chinese biomedical R&D environment in general does have a positive impact on the 10 characteristics:

In the discussion below, we will not elaborate on these positive aspects, but focus on the challenges to the first 6 characteristics of an effective organisation. We think there is no major challenge to the last 4.

It is pivotal to have a vision for the R&D organisation in China. The vision determines the kind of organisation a company wants to set up: a service type technology provider or a driver in novel drug discovery. The vision is largely set by R&D management in the HQ. A competent local management team is necessary to drive the R&D team to work towards the vision. It is a challenge in China to recruit managers with experience in global R&D because locally trained PhD scientists usually do not have the experience needed to fulfil such requirements. Thus, it is necessary in the initial phase to recruit key managers from the Western job market or to expatriate key managers from the HQ.

The Chinese culture values management’s recognition of a job well done, and another cultural influence is that people tend to wait for instructions. Thus, if a goal approved by HQ management is easy to reach, a person might be satisfied and relaxed with the recognition of reaching the goal. Therefore, ambitious yet achievable annual goals defined by management can significantly improve the productivity and competence level of the R&D organisation.

Talent recruitment can be difficult or easy depending on the mandate for the China R&D organisation. China has a huge pool of young talent in the category of technology providers that primarily requires clever hands and flexible minds to perform established protocols. Thus, it is very easy to recruit excellent associates at the bachelor and masters degree levels. However, if the mandate is novel drug discovery such as identification of novel drug targets or drug leads, a team of scientists with the relevant experience and capacity is needed: a deep understanding of disease biology and all practical issues associated with drug R&D. Such scientists cannot be trained during a short period, but usually require a PhD training plus years of international postdoc experience to reach their full potential. At present, it is difficult to recruit such scientists among locally trained candidates due to lack of an international level innovative drug sector in China. Therefore, it is necessary to recruit such qualified candidates from the Western market.

Novel drug development takes about 10-14 years from idea to market, and teamwork is a must during every stage of R&D. However, teamwork is not a traditionally strong aspect of the Chinese culture, as there is a Chinese saying: “Individually Chinese are dragons, together they are worms.” People are motivated to do their outmost; however, the priority may be personal achievement rather than maximizing team productivity. Teamwork also requires seamless communication not only within R&D organisation in China but also with colleagues in HQ. It is often a major task for the local management to support a strong teamwork spirit.

True innovation is not a strong aspect of the current pharma R&D climate in China. This is not due to lack of intelligent people, but rather related to a number of impairments in the R&D environment in China. Consequently, the average level of domestic PhD training in innovation is lower than that of the West due to insufficiencies in research funding, in number of high-level PhD mentors, and in drug innovation experience. A brain drain to the West continues as many brightest graduates predominantly favour to be trained and stay in the West. Moreover, the locally trained PhD scientists may need to improve their competence to contribute to stimulating scientific oral communications with their counterparts from the West. However, many Chinese scientists have made excellent careers in pharma R&D in the Western countries. Thus, an R&D organisation in China has the potential to become an excellent innovation organization provided it: 1) Builds a strong and competent team through recruiting experienced scientists from the West combined with dedicated programs to train locally recruited scientists, and 2) Adopts the innovative environment of the West, including opportunities for scientists to attend global scientific meetings, and promote a climate for information exchange and for open and frank discussions addressing both successes and failures.

The Chinese culture values fairness and an employee tends to evaluate his own value through comparison to his peers, particularly regarding the fairness in income level. Ironically, the remuneration gaps between different job positions in China are larger than those in the West. This differentiation, considered necessary from the company’s point of view in order to recruit an appropriate blend of the best possible employees with the needed scientific background, poses an additional challenge to the management.

The above discussions deal with the challenges within an organisation. There are also a number of external challenges. One challenge is to establish and maintain professional relationships with the local stakeholders, such as government organizations and project collaborators that may have different working styles compared to that of the R&D unit. Another major challenge is logistics on high-grade reagents and instruments, which are currently largely imported to China. It takes weeks or months to obtain equipment and reagents. Pricing of major instruments and reagents may be higher than observed in the US and Europe. Technical support for equipment may be not as efficient as it should be. These conditions will all undoubtedly be improved gradually in future. 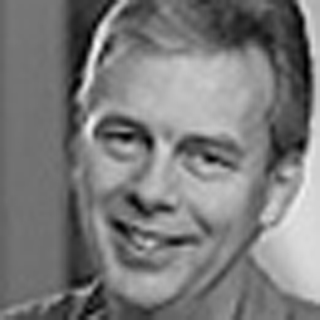 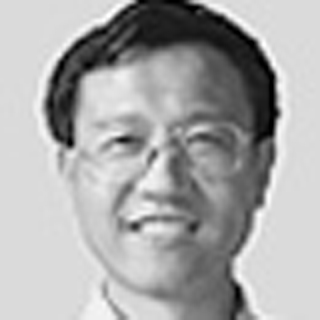