Drug Development in the Technology Era

Computer-aided drug design seeks to accelerate drug development and increase success rates, while reducing costs. With more sophisticated bespoke programs being developed, relying on advanced AI technology, we pause to consider some of the potential legal and commercial issues which might arise, including IP ownership, remuneration strategies and liability.

With the cost of developing a new pharmaceutical product currently hovering around US$ 944m to US$2,826m1 and taking approximately ten2 years from product inception to approval, the pharmaceutical industry is understandably keen to identify ways to reduce these metrics. To this end, the industry has begun exploring computer-aided drug design (CADD) with a view to accelerate drug development and increase the success rate of products in development. 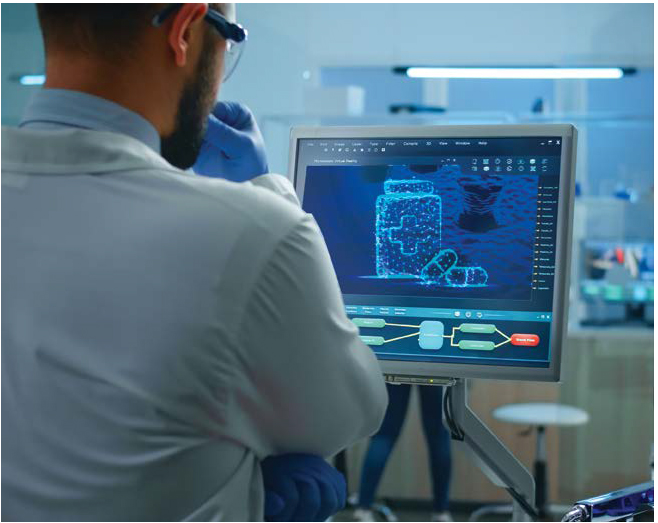 What is CADD? CADD can be broadly described as the use of software algorithms in drug discovery to identify and/or develop a potential lead drug candidate. For example, using software to review and assess a small molecule library against a defined target to identify potential “hits”. Other CADD software focuses on “molecular docking” (e.g. software which predicts both the binding affinity between ligand and protein and the structure of protein–ligand complex) to develop product candidates. Using software to predict characteristics of the product, e.g. predicting the absorption, distribution, metabolism, excretion, and toxicity properties of the product candidate thereby allowing scientists to better understand the product’s safety and efficacy profile before it ever reaches a trial subject. There is even the possibility of pure in silico trials, using a CADD drug product and “testing” this against data sets for theoretical clinical trial subjects.

Below we consider some of the legal implications of using CADD under licence: is the provider of the CADD software (the CADD Developer) also a co-developer of the resulting product?; how should the CADD Developer be remunerated for the use of its technology?; and how should liability be apportioned?

If CADD software is material to the discovery and/or development of a new pharmaceutical product is there an argument that the CADD Developer should, or (in some cases of artificial intelligencedriven  CADD software) the software itself, be recognised as a co-inventor of the resulting drug product? Further, if the software itself could be considered an inventor for patenting purposes - who should then own such a patent?

These issues have already begun to be considered by various courts, most significantly in Thaler v. Comptroller General of Patents Trade Marks and Designs3. Dr Thaler invented DABUS, an AI "creativity machine" designed to create novel inventions. Dr Thaler attempted to include DABUS as the inventor on a number of patent applications. In the UK, both the High Court and the Court of Appeal4 held that an "inventor" under English law must be a natural person and therefore DABUS could not be an inventor. The same outcome was found in similar applications at the European Patent Office (EPO) and the US Patent and Trademark Office (USPTO). However, inustralia, the Federal Court held that DABUS was capable of being an inventor under Australian patent laws.

These differences stem from the fact that in each jurisdiction it will be a matter of statutory interpretation as to whether AI software can be an inventor, not whether it should be5. This has prompted governments to question whether AI software should be an inventor. For example, the UK government recently performed a consultation on AI's impact on intellectual property law, the responses to which indicated that most respondents believe that AI should not own intellectual property rights. There was also a consensus (although less clear cut) that the current system could be a barrier to innovating using AI (such as CADD). This is because many respondents felt that it would be logical for the AI owner to be a co-owner of any patent for an AI-assisted invention, i.e. the CADD Developer, should have a claim as co-owner of any patent which claims an invention that the CADD software helped create.

The UK government has also queried6 whether AI-devised inventions should be protected through a new form of protection (rather than patents).

2. Remuneration for the software provider

Software developers usually seek a licence fee structure, perhaps per user, for a licence to use their software programmes. However, in the case of CADD soft-ware a CADD Developer may seek an alternative remuneration structure e.g. if the resulting CADD drug product is highly successful and/or if the CADD software is developed specifically for a particular client.

If the software (or an element of it) has been developed or adapted specifically for that pharmaceutical company, then the CADD Developer may seek additional emuneration given: (a) the additional expenditure it has incurred (e.g. on staffing costs) to develop the specific program; and (b) the potential market advantage afforded to the client as a result of having access to a particular software model which its competitors do not (or at least do not yet have access to). This remuneration might be structured by way of an additional one-off sum and/or milestones payable if/when the CADD software achieves certain stages of development.

Similarly, the CADD Developer might request a royalty or further milestones payments if a CADD drug product is ultimately authorised and successfully sold. This may seem like overreaching, particularly given the still extensive and costly input required from a pharmaceutical company to develop the drug product. But, a CADD Developer might argue that it is entitled to a share of the significant cost savings which its software offers. In such cases, a pharmaceutical company might consider: (i) a very small, capped, royalty; (ii) commercial milestone payments tied to (high) sales volumes; or (iii) developmental milestones tied to the software producing a certain output at various stages of use and/or the developmental success of the resulting product. Other conditions might be attached to such payments, for example,
a requirement to demonstrate that use of the CADD software has resulted in costs savings of a certain amount or above.

If CADD software uses machine learning, and therefore is automatically learning and improving as a result of using the pharmaceutical company’s data, a pharmaceutical company might argue that the CADD Developer’s ownership of such improvements is sufficient compensation (beyond any basic licence fee).

3. Liability for the resulting product

If a CADD Developer argues that its software is sufficiently material to the development of a drug product that it should receive greater remuneration, consideration should be given to what proportion of liability the CADD Developer will bear if the product is subsequently defective.

The potential for the CADD Developer to be liable under a statutory strict liability defective product regime is low. Under the Consumer Protection Act 1987, a consumer may seek indemnification of his/her personal injuries from the “producer”7 of a product, if he/she proves that: (i) the product is defective; and (ii) the damage they suffered is causally linked to such defect. In such circumstances, a CADD Developer is unlikely to constitute a “producer” of the drug product.

Similarly, a negligence claim is likely to be brought against the pharmaceutical company alone (with no visibility of any CADD provider). In any event, it would be difficult to demonstrate that the legal requirements for a negligence claim (a duty of care was owed to the individual, a breach of that duty occurred and resulting in loss for the claimant) exist between the CADD Developer and injured person8.

A CADD Developer might also resist contractual indemnification for the drug product given that the pharmaceutical company (at this time at least) would still be required to perform extensive further development and testing of any drug product designed using a software programme. Consequently, liability is often disclaimed on the basis that details of the designed product are provided “as is” and are not guaranteed to result in a successful drug product. Even indemnification for the designed drug product infringing a third party’s intellectual property rights might be resisted on the basis that the pharmaceutical company should (and would) perform freedom to operate analysis.

In view of the above, if the pharmaceutical company bears most (if not all) liability for the product, it has good grounds for refusing any additional or significant remuneration to the CADD Developer.

Notwithstanding the above difficulties, the CADD Developer should be asked to provide contractual indemnification for issues relating to the CADD programme being used and any third party data used as part of its modelling, such as third party infringement or misuse of data claims.

Notably, for AI-based CADD software, new regulation may be forthcoming. In April 2021, the EU published its draft Regulation on AI9. As currently drafted, this regulation would apply to providers, users, importers and distributors of AI systems with a wide territorial reach. The draft AI Regulation prohibits certain AI uses, as well as imposing additional obligations in respect of "high-risk AI systems" including increased record keeping, oversight, governance and reporting measures. Currently, CADD programs are neither prohibited, nor do they constitute a “high-risk AI system” (unlike AI driven medical devices). However, as the use of AI-driven CADD software increases, this may change. Under the draft AI Regulation, non-compliance can result in significant financial penalties of up to 2 per cent, 4 per cent or 6 per cent of worldwide annual turnover depending on the nature of the infraction. Notably, the UK (and other jurisdictions) are also considering introducing their own legislation in respect of the use of AI-driven software. CADD Developers and pharmaceutical company users should, therefore, continue to monitor whether the development and use of AI-driven CADD software is likely to trigger additional regulatory obligations.

1 Source: Front. Med article
2 Source: paper from 2021 RPDI industry report
3 Thaler v. Comptroller General of Patents Trade Marks and Designs [2021] EWCA Civ 1374
4 Ibid
5 Notably, the UK, EU, China, Japan and Korea all currently require a natural person to be an inventor.
6 UK Government second consultation on Artificial Intelligence and IP: copyright and patents
7 Section 1 of the Consumer Protection Act 1987 broadly defines a “producer” as someone acting in a professional capacity manufacturing a product, producing raw materials, or manufacturing a component part of the product.
8 Notably, the use “black box” AI might also break any chain of causation between the CADD Developer and the individual.
9 Draft EU Regulation on AI 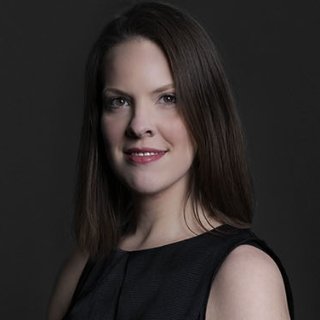 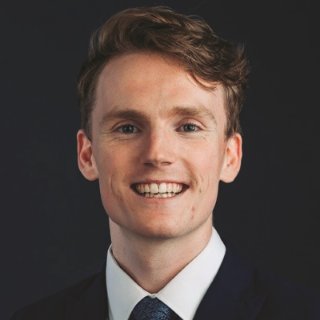 Samuel is a trainee solicitor in the intellectual property team at Simmons & Simmons LLP. He has a degree in biochemistry from the University of York and experienced the use of CADD in the course of his masters programme