Despite the value of combining EHR and EDC for multicentre trials, we are many years away from a standard, usable process for this.

The past ten years have been a time of revolutionary change in both clinical research and healthcare. The clinical documentation tasks in both of these industries are undergoing a complete transition from paper to electronic data entry and processing. In healthcare, Electronic Health Records (EHR) have been extensively adopted in some healthcare settings (mostly in Europe and parts of Asia) and are on a slow, but clear, path to complete adoption, in the US and the rest of Asia. Similarly, electronic data capture (EDC) solutions for clinical data management in clinical research is also heading towards extensive adoption both in the pharmaceutical industry and in academic settings. Some of the driving forces for this change are shared between the two industries; for example, efficiency, cost, patient safety, and quality of data. However others are not. In addition to the common interests of both groups, physicians/practitioners are interested in using EHR systems if they can improve their workflow for patient encounters, coding, billing, referrals, quality of care and prescription writing. Clinical researchers, on the other hand, are interested in immediate access to data, improved data management workflow, efficient management of trial operations and cycle time reduction. Although both EHR and EDC collect patient data, the needs of the users of these systems have led to a major divergence in features, functions and usage. These significant differences make the sharing of data and the integration of these systems quite complex.

The clinical data portions of EHR systems have developed to be able to collect any information on any patient at any time, as part of a standard physician encounter. The systems are flexible, and often collect data in narrative form through dictation, large text fields and images. Data entry is designed to make an efficient workflow and allow easy recall and reading by other practitioners. The system integrations for EHR systems are typically for disease management, patient scheduling, billing, referral and other logistic aspects of patient care.

EDC systems are highly structured, demanding the entry of very specific information on a defined set of patients at very specific times. Sometimes they require specific and unusual measurements that wouldn’t be recorded in an EHR system (e.g. three repetitions of standing, seated, and supine blood pressure). Data is entered into rigorously defined fields that are designed to ease programmatic statistical analysis. The system integrations of EDC systems are typically with randomisation, clinical supply, trial documents, project and budget management, and other clinical trial logistics.

A good analogy for the differences between EHR and EDC systems is that of the spreadsheet and the database. Both can be used to collect rows and columns of information and to print reports on that information. However, spreadsheets were developed to manage complex cross-cell manipulations of data whereas database programs were developed to manage large amounts of data through standard SQL queries. One can’t be substituted for the other except for some very straightforward tasks. The case of EHR and EDC systems is no different.

What can be done today

Despite the disparity between these systems, there are some very powerful uses for EHR systems today (Figure 1). For example, it is easy to see that EHR systems could be examined for patients who might be eligible for inclusion in a clinical protocol. Assuming proper consent and privacy issues are dealt with, the clinician could mine the database to identify, and possibly contact, patients for entry into a trial. With some programming, it should be possible to alert physicians about the availability of a clinical trial during the patient’s visit, allowing them to enroll the patient “on the spot.”

Another possible use of EHR systems is the examination of a large amount of pooled clinical data to help in generating new hypotheses for clinical trials, design of the trial, and feasibility testing of protocols. These activities and patient recruitment for clinical trials would, of course, require that the EHR systems have data in a form that could be searched and extracted. It wouldn’t require structured, field-based data but the EHR would at least have to have text fields that could be searched, and not images. Similarly, it should be possible to use these systems for epidemiologic research and some post-marketing data collection activities for safety and marketing purposes.

Perhaps the easiest use for EHR systems is for the recording of source data in place of a paper record. There is no regulation or issue that should restrict sites from using a reasonably high quality EHR system to record clinical data for eventual transcription into a clinical trial Case Report Form (CRF).

The narrative that is driving the developing interest in EHR/EDC integration is one concerning data entry in large, multi-centre clinical trials. To most of us in the industry it absolutely makes sense that EHR systems could become the initial point of data entry for a clinical trial—whether in standard EHR screens or some purposedesigned clinical research CRF screen. The data could then be transferred to a clinical research data management system for analysis. It sounds so easy, and makes so much sense. However, it just isn’t possible today, and won’t be for a decade.

There are some scenarios where EHR systems could be used today for prospective, randomised clinical trials. For example, a single office or hospital setting might have an EHR system that has been built or installed with clinical research in mind; designed to accept data in the “SAS-ready” data fields that a clinical data manager would expect. These institutions may even have specialised research data systems designed to integrate easily with the EHR system.

While EHR/EDC integration for data collection could work for one, or possibly several institutions, it can’t be used for typical multi-centre clinical trials. Sites (or their institutions or governments) pick and deploy their own EHR systems. Even when sites share an EHR system, it may be a different version or having a different underlying data structure or data dictionary. Quite simply, the wide variety of different EHR systems (and paper systems) used at the typical collection of research sites in a clinical trial would require many different databases collected and combined (and this assumes that all the EHR systems are capable of collecting such structured information). It would require a huge and costly integration of data by the sponsor that would take a substantial toll on data quality.

In many cases, EHR systems don’t even have the type of data that could be transferred to an EDC system. When they do, the process of extracting data from an EHR system to move it into an EDC system would require a whole new class of (yet) undeveloped data standards and the ability to read and write these standards by EHR and EDC software, or a painstaking mapping of the data. Some may argue that sponsors would simply pick sites with the “right” kind of EHR systems for their trials; this argument could only be made by someone unfamiliar with the difficulties in recruiting and retaining high quality, productive clinical research investigators. There simply aren’t enough around to get picky about which EHR they use.

Another issue in EHR/EDC integration is the nearly impossible logistics at the site. Each site would have to allow a pharmaceutical company access to the most sensitive and valuable data an institution has. In addition, the project of mapping, implementing and testing the data transfer would require months of work, and would likely introduce unacceptable delays and costs into the site start-up process.

Certainly, data standards that link patient care and clinical research data would solve many of these problems. However, interoperability standards take years to develop and require their own cycle of consensus building, development, testing, and finally, implementation of standards adapters for the various systems. Although a standards based data transfer between systems might work, it would require much more work even when all the necessary elements were in place, than we could predict.

Finally, the entire preceding argument didn’t even mention the process after data is entered into a research data management system—the data queries/clarifications and many other specific interactive (between sponsor and site) data management processes that need to occur, along with documentation of their occurrence. This is the heart of EDC systems and is not a part of the EHR process. Quite simply, this process requires a purpose-built, dedicated system, which is what an EDC system is.

Nobody can seriously question the overwhelming value of clinical research data collection as part of clinical care. If it were possible to conduct a clinical trial through the standard workflow of clinical patient care, many investigators would be delighted. Despite this, some argue that it is important that the two activities be distinguished, because hopefully, the investigator will take special care with the quality of research data intended for analysis.

Despite the value of combining EHR and EDC for multi-centre trials, we are many years away from a standard, usable process for this. It is impossible to predict what such a system might look like in the future, and what the structure of healthcare institutions would have to be to enable this. For the moment, the several pilot projects that are ongoing between major EHR and EDC vendors will generate a lot of knowledge and cross-education of issues, workflows and obstacles in combining these two worlds. As EDC took 15 to 20 years of pilots before the design and deployment of truly workable, enterprise solutions, so, too will this newest of cutting edge concepts. 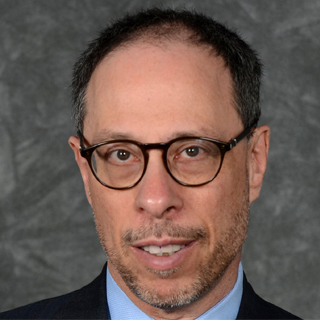