It has become dogma that the era of genomics will require extensive genotyping of each patient \'personalised medicine\', and that this will carve up the pharmaceutical marketplace, making blockbuster drugs a thing of the past. In the extreme, each patient will require their own unique, custom-designed drug. Put differently, every patient\'s disease will be an orphan disease. Let us use cancer genomics as an example, to refute this dogma.

Despite 60 years of chemotherapy, there is still no effective treatment for stage IV (metastatic) disease. If there were, cancer would lose its terror. The current treatment, first popularised by Emil Frei in 1950s, involves the use of cytocidal, or at least cytotoxic, drugs. Cancer cells are treated as if they were viral or bacterial microorganisms. Drugs that exploit the difference between the host and the alien cell type are used.

Although this works reasonably well for bacteria, which have peptidoglycan cell walls, and thus resemble plants more than animals, it hasn’t worked terribly well for cancer or viruses. Both cancer cells and viruses are too much like rapidly proliferating host cells, e.g. bone marrow cells, the gut lining, and hair follicles. Drugs that interfere with DNA synthesis not only kill tumour cells but also rapidly proliferating (but normal) host cells. Cytotoxic agents like adriamycin cause heart damage. Vinca alkaloids that disrupt microtubules cause neuropathy, since neurons rely heavily on microtubular transport for their function.

Rather than regarding the tumour as completely alien, it might be more productive to think of cancer as just one more example of rapid proliferation. There are many examples of rapid but controlled proliferation that occur during any host’s lifetime, beginning with the explosive growth of the embryo, extending to wound repair, and involving the daily renewal of the epithelial linings of the gut, lung, and skin, for example. Breast ducts proliferate prior to lactation. In fact, controlled proliferation is the rule in biology, rather than the exception.

Is it too much to hope that the growth of cancer cells could be controlled, if only we knew what signals to use?

Tumour-expressed genes
Currently, the tumour is the only place that people are looking for drug targets. Microarrays became technically feasible around 15 years ago, and have since become quite sophisticated. From 60 cDNAs on a nitrocellulose membrane, the entire human genome of 25,000 genes can now be interrogated with an Affymetrix chip.

Unfortunately, gene expression by tumours tends to be quite variable and fairly useless clinically. Inhibiting single tumour-expressed genes by siRNA, for example, has not yet resulted in any dramatic ‘cures’ in animal models of human cancer. Perhaps inhibiting combinations of tumour-expressed genes will be more fruitful, but that work is only just beginning.

Although patients are now being treated based on the gene expression profile of their tumour, the clinical results have been disappointing. Breast cancers expressing the EGF receptor, for example, are being treated with anti-EGFr antibodies, with only marginal extension of life (~2 months), despite great expense (US$ 30,000).

Even 30 minutes after an initiating event, the ‘signature’ of tissue-expressed genes fails to reveal the actual triggers. Tissue-expressed genes confirmed the overall pathway (in the case of compensatory renal growth after uninephrectomy, protein kinase C), and suggested an additional pathway (protein kinase A). But they did not reveal which of the many PKC or PKA agonists were involved. The genes expressed in a tumour, decades after it forms, are even less likely to reveal the trigger for tumour formation.

Why find the trigger?
Because of the enormous amplification cascades inherent in biological signaling, the best clinical strategy is to inhibit the earliest steps in a disease pathway, not steps farther downstream. Despite a very modest odds ratio of 1.2 for the ACE deletion / deletion genotype and chronic kidney disease (CKD), we were able to arrest stage 1 chronic kidney failure due to type 2 diabetes or hypertension, and reverse stage 2 diabetic or hypertensive CKD using a single agent albeit at a higher than conventional dose. Previously, CKD had been thought to be irreversible.

Presumably, ACE functions at the very beginning of the pathway for compensatory renal growth and progressive kidney failure (a form of apoptosis).

This experience gives us hope that we might be able to arrest, or at least slow down, the progression of cancer, provided that we can uncover the genes that trigger tumour formation.

Do the triggers reside in tumour or host genomic SNPs?
The National Institutes of Health recently announced a program to sequence 1000 cancer genomes, at a cost well above US$ 100 million. The goal is to find the single nucleotide polymorphisms (SNPs) that change the amino acid sequence of key proteins, such as p53, a critical tumour suppressor.

The tumour genome is thought to be bizarre, and the proximate cause of the tumour’s uncontrolled proliferation. Pathologists recognise cancer cells by their bizarre nuclei and prominent nucleoli (sites of RNA transcription). Tumours are supposed to be highly mutable.

Yet Ley et al. recently found an AML patient’s tumour genome to be 98 per cent the same as the genome of normal skin cells from the same patient. Indeed, her AML tumour was found to contain relatively few mutations and no chromosome instability.

Both cell types had close to 3 million SNPs, as expected (1 SNP per 1000 bases; the human genome contains 3 billion bases in all). The AML myeloblasts had only 60,000 additional SNPs. Only 9 of these affected a protein’s amino acid sequence. These mutations were heterozygous, meaning that a normal copy of the gene was still present in the tumour. None involved p53.

More importantly, 8 of these 9 mutations were absent in 187 other AML patients. It’s likely that the 8 coding sequence changes found had nothing to do with AML. Since the tumour had 60,000 new SNPs not present in the skin cells’ genome, these were most likely random mutations. If tumour mutations contributed to the AML phenotype, as is still likely, then they were probably non-coding mutations that changed the levels of the protein made, rather than the structure of the protein itself.

Host tumourigenesis ‘trigger’ SNPs can be found
In a proof-of-concept experiment, we recently identified about 5,000 germline SNPs, in about half as many genes (2,500), associated with each of the following common cancers in Caucasians: breast, colon, lung, ovary, pancreas, and prostate. We found these in the patient’s white blood cells. Note that these patients, unlike Ley et al.’s AML patient, had normal white blood cells. Thus, the SNPs expressed in their white blood cells were in their so-called ‘germline’; every cell in their body started out with these same SNPs.

We used a ‘fishing net’ of SNPs intended to be functional rather than neutral (unlike classical genetic approaches), which may explain our success. But since our SNPnet™ covered only one third of the genome, to find the approximate number of host genes associated with the tumour, one has to multiply by 3. This yields a figure of around 7,500 host genes involved in tumour formation.

Presumably, every cell in the AML patient’s body could have become a cancerous cell. The AML patient’s family had several different late-onset cancers, including AML. Her sister had essential thrombocythemia (too many megakaryocytes and platelets). So why did the patient develop AML instead of another cancer?

Put differently, the patient was going to get a cancer somewhere, based on her predisposition genes. Why did she get it in a myeloblast (early white cell) like her uncle, instead of the more differentiated megakaryocyte like her sister, or in another cell type altogether, like her mother and her mother’s siblings?

To answer this question, we would need to understand the systems biology of the roughly 7,500 host genes contributing to AML (which we haven’t looked for yet), as well as the 60,000 additional tumour SNPs discovered by Ley et al. but not yet reported.

In this view, blocking the patient’s inherited ‘germline’ genes might be just as useful as blocking her tumour-expressed genes. Clinical success may only be achieved when enough steps are blocked to limit the overall flux through the tumuorigenesis pathway to 1 per cent or less. If 98 per cent of the tumuorigenesis pathway is already carried in every cell of the host, then it might be possible to produce effective chemotherapy based on these genes without having to consult the tumour at all. Even genotyping the patient may be unnecessary. The clinical diagnosis alone, e.g. ovarian cancer, may be enough to recommend an appropriate cocktail of one or two dozen non-toxic drugs.

We’ve found so many predisposition genes (thousands), that we should be able to throw most of them away and still be left with efficacious drugs. This means we can screen first for toxicity, which removes 99.9 per cent of drug leads. The conventional method of drug discovery is first to establish efficacy and only later, and grudgingly, to screen for toxicity. The FDA hates this latter approach, however, as do clinicians who must first of all do no harm (primum non nocere). Since the genes we found with the highest odds ratios (a statistical measure of association) figured in most of the six cancers we looked at, blockbuster chemotherapy drugs seem feasible.

In summary, we’ve found evidence for a single giant pathway involving roughly 7,500 genes, i.e. at least one quarter of the genome, in two-thirds of human cancers. Different cancers use many of the same genes. For each cancer, though, the genes (SNPs, really) have different odds ratios, meaning that the flux through that step varies with each cancer. It’s also possible that the order of the steps could vary in different cancers.

Although a complete understanding of cancer may lie decades hence, we may be able to treat it effectively within the next few years.

I do believe in personalised medicine, within reason. Genotyping will allow for pre-symptomatic diagnosis and early detection of cancer, allowing for curative surgical resection of stage I nodules. This will remain the most effective approach to this dreaded disease. 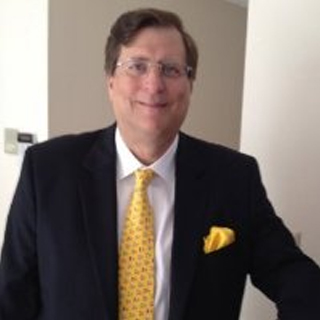 David W Moskowitz is MD, Chairman, Chief Executive Officer, and Chief Medical Officer of GenoMed, Inc. Moskowitz majored in Chemistry (Harvard), Biochemistry (Oxford Univ), and received an MD from Harvard Medical School. He trained for 7 years in Internal Medicine, Biochemistry, and Nephrology at Washington University in St. Louis before spending 11 years on the faculty of St. Louis University School of Medicine. GenoMed is the second company he founded.