Innovation for the Elimination of Neglected Tropical Diseases

The World Health Organization (WHO) roadmap on neglected tropical diseases (NTDs) for 2021-2030 highlights the pivotal role of pharmaceutical innovation in the control and elimination of these conditions. However, sustained funding for well-structured and innovation-oriented drug discovery programmes, especially in the post- Covid-19 era, is a necessary condition for the translation of the roadmap goals into concrete achievements. 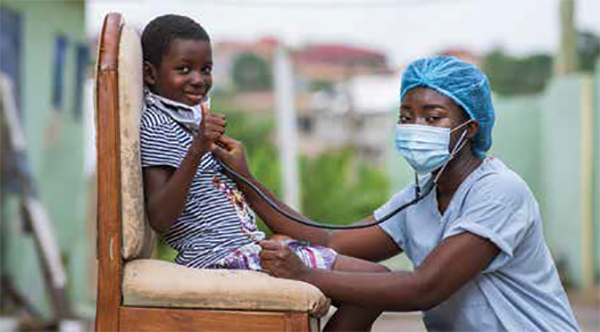 Neglected tropical diseases (NTDs) affect more than one billion people worldwide. Although this group of 20 infectious conditions corresponds to 11 per cent of the global disease burden, no innovative drugs have been developed in this field. The World Health Organization (WHO) has played a central role in raising global awareness on the subject. Recently, WHO launched its roadmap on NTDs for 2021-2030, which highlights the advances made over the past years and sets the strategies to eliminate these diseases by 2030. According to this agenda, pharmaceutical innovation will be central for the achievement of the agreed goals, especially for protozoan and helminthic NTDs. Unfortunately, drug research and development (R&D) for highly prevalent NTDs such as schistosomiasis, human African trypanosomiasis, Chagas disease and leishmaniasis, has, for  decades, been characterised for insufficient funding and low-technology approaches. This paradigm has recently changed given the rising of initiatives that involve notfor- profit organisations, universities, and pharma companies. Among these partnerships we can cite the NTD Drug Discovery Booster, the Lead Optimization Latin America (LOLA),the WIPO Re: Search project, and the Welcome Trust for NTD drug discovery programme, the first two being administered by the Drugs for Neglected Diseases initiative (DNDi). These programmes have proven invaluable to catalyse drug R&D for NTDs by integrating medicinal chemistry and parasite biology and allowing multi-parameter optimisation (MPO) of high-quality hits and lead compounds. Despite these efforts, innovative products have not been regularly developed and approved for NTDs. The few products that have recently been approved for  these conditions are known or repurposed drugs, new formulations, or combination chemotherapies.

The case of leishmaniasis is emblematic. Leishmaniasis is caused by more than 20 species of Leishmania parasites and affects 700,000 to 1 million people each year. Chemotherapy for this NTD is complex, costly, lengthy, and can cause severe adverse effects. Most drugs require intravenous or intramuscular administration by highly skilled health professionals in hospital settings. Most agents available to treat leishmaniasis, such as amphotericin B, pentavalent antimonials, and paromomycin, are outdated and highly toxic. The most recent drug, miltefosine, was approved by the US Food and Drug Administration (FDA) in 2014 and is the only oral therapy for the disease. Among the targets to reach the WHO roadmap goals for leishmaniasis is the discovery of more effective and easily administered treatments, since there are no vaccines or drugs for pre-exposure prophylaxis. Fortunately, the drug R&D pipeline for leishmaniasis includes seven molecules in the translation phase, three new treatments in clinical development, and two new  therapies under registration. Additionally, known molecules under clinical investigation are 18 methoxycoronaridine (NCT03084952), meglumine antimoniate  (NCT04515186), pentavalent antimony (NCT04799236), sodium stibogluconate with allopurinol (NCT04699383), and pentoxifylline (NCT02530697). Regarding biologicals, ChAd63-KH is in clinical phase II as a vaccine candidate for the treatment of leishmaniasis (NCT03969134). Moreover, a combination of the already used antileishmanial drugs miltefosine and paromomycin are under clinical development.

Another condition that requires urgent attention is Chagas disease. Approximately 6-7 million people worldwide are infected with Trypanosoma cruzi, the causative agent of this disease. Although endemic in 21 countries in Latin America, Chagas disease has spread to North America, Europe, Africa, and Eastern Mediterranean and Western Pacific countries, exposing 75 million people to the risk of infection. The two drugs available to treat Chagas disease are benznidazole and nifurtimox, and in 2017, the FDA approved a formulation of benznidazole for children. These compounds bear a nitroheterocycle and cause severe adverse effects that lead to poor treatment compliance among patients; additionally, they are effective only in the acute stage of the disease. Two compounds, fexinidazole and DNDi-6148, are undergoing translation phase IIa and phase I tests, respectively, and new benznidazole regimens are in clinical development. Important programmes for Chagas disease and leishmaniasis have been led under the NTD Drug Discovery Booster and LOLA initiatives in collaboration with pharmaceutical companies. To date, these programmes have advanced several hits to proof-of-concept (PoC) tests for Chagas disease, and one molecule has been forwarded to preclinical investigations for leishmaniasis.

Caused by Trypanosoma brucei gambiense and T. b. rhodesiense, HAT affects remote communities in sub-Saharan Africa. Continued programmes for disease control have significantly reduced the number of new cases to fewer than 1,000 in 2019. However, the disease reemerged with epidemic proportions after several occasions on which it was thought to be controlled. This is an important remark since 65 million people are still at risk of infection. The WHO roadmap preconises the interruption of HAT transmission by 2030, which means zero cases. Unfortunately, poorly efficient and remarkably toxic molecules such as suramin, pentamidine, melarsoprol, eflornithine, and nifurtimox remain in use in HAT chemotherapy. On the upside, the European Medicines Agency (EMA) gave a positive opinion on fexinidazole in 2018 and the FDA approved the drug in 2021 as the first oral treatment for T. b. gambiense HAT. The molecule was rediscovered in a screening campaign led by DNDi and Sanofi; the company (Hoechst AG at the time) interrupted the development of the compound in the 1980s. In addition, fexinidazole for T. b. rhodesiense and acoziborole for T. b. gambienseare under clinical development.

Schistosomiasis is an NTD caused by an intravascular flatworm (blood flukes) of the genus Schistosoma. Approximately 10 per cent of the world’s population is at risk of infection. Schistosomiasis treatment and control depend almost entirely on a single drug, praziquantel, which has been used on a large scale for decades. Endemic in 78 countries, schistosomiasis affects poor rural communities but has spread to urban areas and tourists visiting endemic areas. The ongoing WHO strategy for endemic areas is to reduce morbidity, prevalence, and transmission through mass drug administration. In 2020, at least 246 million people required preventive treatment with praziquantel, yet only 66 million were reported to have been treated. Although effective against all schistosome species, praziquantel displays low efficacy against juvenile parasite stages, a property that likely contributes to the failure of praziquantel to cure parasitic infections.Consequently, there is a need for new drugs that act equally against adult and juvenile worms. Interestingly, a series of potent compounds against both the adult and juvenile schistosomes from Salvensis & London School of Hygiene & Tropical Medicine have been handed over to Merck to progress the programme towards drug development for treating schistosomiasis. Praziquantel was included in the WHO Model List of Essential Medicines for Children, but the absence of an oral formulation for the youngest children is an obstacle in preventive chemotherapy; favourably, research on a paediatric formulation is ongoing by the Pediatric Praziquantel Consortium. Furthermore, the reduced efficacy of praziquantel has been reported, and its use on a large scale raises fair concerns that resistance can emerge. Due to the limitation of this approach, and since no other alternative has reached the market, the WHO calls for the development of novel therapeutic interventions in its roadmap to eliminate schistosomiasis as a public health problem by 2030.

The interplay enabled by the current partnerships has allowed, for the first time, the incorporation of forefront technologies for NTD drug discovery. These efforts have resulted in promising compounds undergoing preclinical and clinical development, mainly for leishmaniasis. Another good news is the progression of some drug candidates to advanced clinical trials, and the identification of novel molecular targets that can be explored in HAT drug discovery programmes. Remarkably, fexinidazole, which is a molecule discovered in the 1980s, has been introduced as the first oral drug for the therapy of HAT caused by T. b. gambiense.

On the other hand, progressing lead compounds from the early discovery phases has been challenging for Chagas disease. Many gaps in the parasite-host interplay still need to be closed for this NTD. Many difficulties have also been faced in schistosomiasis research, which has not resulted in leads that are suitable for advanced discovery stages. An  important aspect in this regard is that compounds that target both juvenile and adult worms are critical for the elimination of schistosomiasis.

The rigorous Target Product Profiles (TPPs) and the high investment required to carry out trials on different sites are major challenges to conduct clinical development studies for NTDs. These difficulties will need to be addressed in the global agenda set for 2021-2030. Fortunately, solid drug discovery efforts are ongoing  for NTDs, which can now rely on innovation-oriented campaigns based on high-quality chemical matter, technology, and human resources. Especially after the crisis caused by the Covid-19 pandemic, consistent funding is critical to achieve  the highly aspiring goals of the WHO roadmap and, hopefully, eliminate the NTDs in the foreseeable future. 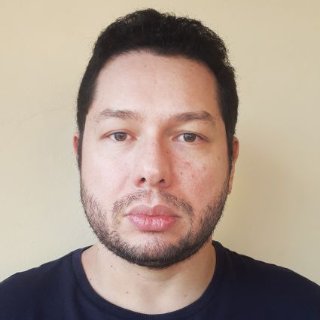 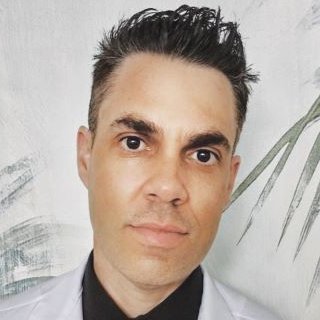 Josué de Moraes holds a Ph.D.in Parasitology and a post-doctoral degree in Biotechnology (University of São Paulo). He is a professor of Parasitology and Infectious Diseases at Guarulhos University, has experience in antiparasitic drug discovery, and coordinates the Center for Neglected Diseases Research. 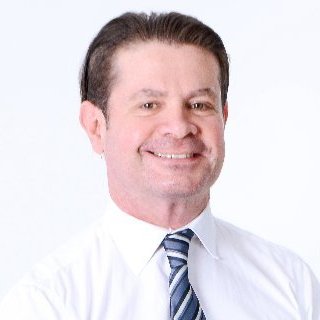