LIPOSOMES IN THE CREATION OF A COVID-19 VACCINE

Messenger RNA (mRNA) is the basis of a vaccine against the Covid-19 virus and viral proteins are potential vaccine candidates. The novel Corona virus spike protein, chosen as a target antigen, is incorporated in the form of mRNA in liposomes which on injection are endocytosed by cells. Within the cytoplasm, the endocytic vacuoles open to release the mRNA which is then expressed as the spike protein promoting an immune response that kills the invading virus. 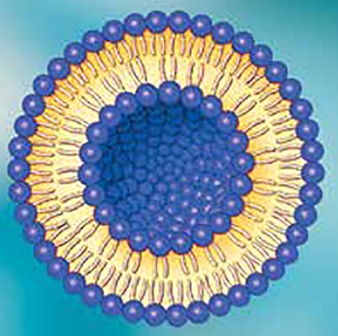 Messenger RNA (mRNA) is a versatile and safe platform for the expression of proteins. Unlike DNA, mRNA is not integrated into the host genome and its translation machinery resides in the cytosol. Recently, mRNA has become the basis of vaccines against Covid-19 and viral proteins were identified as potential vaccine candidates, in particular the mRNA coding for the spike protein of the Corona virus. Within a relatively short period, Pfizer/ BioNTech and Moderna developed and marketed anti-Covid-19 vaccines based on the so-called lipid nanoparticles which served a two-fold function: to protect the mRNA from the biological environment and to facilitate its entry into the cytosol, the very place where mRNA would eventually be expressed into the spike protein which would generate an immune response and the inactivation of the invading Corona virus. The vaccines have now been administered to millions of people worldwide and countless lives have already been saved. There is, however, a long past to the story spanning over half-a-century of work.

The Long Past of the Coronavirus Vaccines

Long before the appearance of the Corona virus, scientists were interested in the targeting of therapeutics in the body. Targeting of drugs and vaccines would potentially reduce their side-effects and also facilitate or augment their pharmacological action. Fifty one years ago, in 1970, the idea of using liposomes for drug and vaccine delivery was born at the Royal Free Hospital School of Medicine in London when the author and the late Brenda Ryman thought of using liposomes as a drug delivery system. Liposomes, discovered a few years earlier by the late Alec Bangham and colleagues at the Babraham Institute in Cambridge, were used as a model for the study of membrane biophysics. Liposomes were originally named ‘Bangasomes’ (to honour their discoverer), ‘Phospholipid Vesicles’, ‘Smectic Mesophases’, and ‘Liposomes’. The latter, a more user-friendly name representing their structure, comprised of the Greek words ‘lipos’ for fat and ‘soma’ for body. Eventually, the more user-friendly name ‘liposomes’, proposed by the late Gerald Weissmann, dominated internationally and became part of book titles and a Journal, biotech industries, conferences and products, including anticancer and anti-microbial agents, and Dior perfumes. More recently, the term ‘Lipid Nanoparticles’ was introduced, a name that does not seem to add significantly to its meaning as liposomes can also be of nano size.

Work by Gregoriadis and Ryman during 1970-1972 established liposomes as a promising drug delivery system. Subsequently, work by the author and colleagues, notably the late Anthony Allison at the Clinical Research Centre in Harrow, London, demonstrated the immunological adjuvant action of liposomes using tetanus toxoid as a model antigen. The liposomal system was eventually adopted by a myriad of workers with dozens of enzymes, drugs and antigens and many other actives entrapped in liposomes of varying sizes, lipid composition, surface charge, ability to accommodate water soluble or lipid soluble materials and, if needed, provide a pegylated vesicle surface, thus leading to the production of liposomes for multiple uses. These included a variety of therapeutics for cancer, anti-microbial therapy, lysosomal storage diseases (eg. Gaucher’s disease), and conventional or genetic vaccines. A great variety of liposome-based products have been already marketed.

It was predicted early in the use of liposomes as a drug delivery system that the system would play a significant role in employing the use of nucleic acids, including mRNA delivery. However, a variety of problems associated with the stability of liposomes in the circulating blood, their rapid removal from the blood circulation, and the limited extent by which drugs could be accommodated within liposomes had to be first resolved. It was, for instance, essential that liposomes were rendered stable in blood. It was established that liposomes were destabilised because of the removal of phospholipid molecules from the liposomal bilayers and the creation of leaky pores through the action of plasma high density lipoproteins. Removal of phospholipid from the bilayers was prevented by the incorporation into the structure of liposomes of cholesterol that was equimolar to the phospholipid and by the choice of a high melting phospholipid, eg. distearoyl phosphatidyl choline. High entrapment values of nucleic acids were achieved by inserting cationic lipids into the bilayers of liposomes which would then bind to the anionic nucleic acid thus leading to high values of nucleic acid (eg. mRNA) association with or entrapment into liposomes. It was shown that plasmid DNA (pRc/CMV HBS coding for the hepatitis B surface antigen (S region), entrapped in liposomes of a composition identical to that just described, and injected through a variety of routes, not only expressed itself to produce the protein antigen, humoral and cell-mediated immune responses to the produced antigen were far greater than when the free plasmid was injected. Experiments with a plasmid coding for a variety of other antigens, gave similar results.

Such work has allowed the theoretical creation of an anti-Covid-19 vaccine as follows. mRNA coding for the protein spike of the Corona virus would be incorporated into liposomes that are expected to remain stable in blood until they are taken up into cells by endocytosis. Within the cytosol, destabilisation of the liposomal membrane will occur through the lateral diffusion of anionic lipids from the cytoplasm-facing endosomal monolayer and mRNA will be displaced and released into the cytosol where it will be expressed as the spike protein. This will in turn promote an immune response to the protein which will kill or inactivate the invading Corona virus. 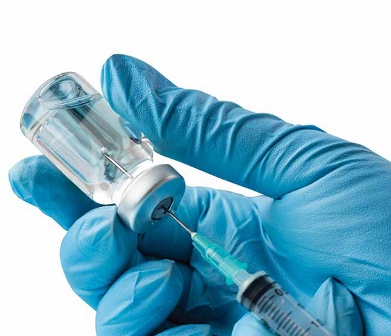 Regardless of the exact mechanisms involved in the processes described, it is a fact that liposome-based vaccines have been created by Pfizer/BioNtech and Moderna. It should be noted that both vaccines developed within the last two or three years are manufactured with components previously shown to preserve
the stability of liposomes in the blood and to promote immune responses. The components include distearoyl phosphatidyl choline which provides the liposomal bilayer in turn protecting the mRNA from degradation as well as forming the basis of liposomal adjuvanticity; cholesterol which contributes to the stability of the liposomal membrane in the presence of blood; a cationic or ionizable lipid which contributes to the liposomal adjuvanticity; the pegylated surface of liposomes ensuring the generation of liposomes that are free of vesicle surface to surface interaction. It can therefore be assumed that without the liposomal bilayers and the components within, there would not be a liposome-based anti Covid-19 vaccine.

Notwithstanding the issues of vesicle onomatopoeia, it is of interest that it took over half-a-century for the two technologies, mRNA and lipid vesicles, to come together at more or less the same time of their need.

The Future of Liposome-based mRNA Vaccines

It appears certain that for the immediate future, mRNA vaccines against Covid-19 will progress at great speed to include a variety of improvements in terms of stability, availability and costs. It will also enhance research for other protein antigens, for instance those from viruses, bacteria and parasites. It has been argued that as mRNA vaccine technology can be adjusted to include any pathogen for which a protein can be identified as an antigen that can lead to protective immunity, such technology could render some of the current vaccines obsolete, for instance those for influenza which require previous knowledge of the likely virus variant, in turn interfering with flexibility of vaccine production. On the other hand, it could potentially allow the rapid development of new vaccines, for instance those for HIV. 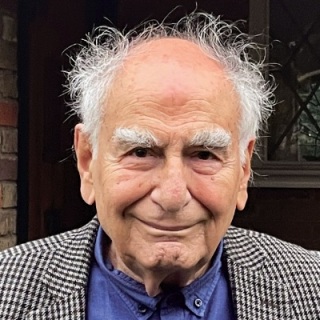 Gregory Gregoriadis is Professor Emeritus at University College London and the Founder of Xenetic Biosciences Inc. He has published extensively on the use of liposomes as a drug and vaccine delivery system and has been the organiser and Chair of numerous international conferences on the subject. Professor Gregoriadis is the recipient of several research awards including the Control Release Society Founder’s Award.