Cancer is a leading cause of death globally. Despite therapeutic advancement, the rate of cancer mortality has increased in past few years. The major drawback of anti-cancer drugs is non-specific delivery, which causes adverse side-effects and toxicity. Nano-based drug delivery systems could help us minimise adverse side-effects and in better cancer therapy management.

In the past few decades, nanotechnology has emerged as one of the most important approaches for cancer diagnosis and therapeutics. More recently, nanoparticle (NP) based specific drug delivery approaches have gained attention of researchers and clinicians to take one step towards specific tissue/organ specific drug delivery against cancer. NPs display an adaptable role in disease/cancer diagnosis and treatment and showed several advantages over the other conventional techniques. NPs and NP-based drugs are very selective and efficient towards specific cancer cells, tissues and organs. The selective targeting of specific cancer cells, tissues and organs by nanoparticles, nano-carriers, nano-drugs/nano-medicines also excellently minimises the risk of side effects in cancer patients. There are several types of nanomaterials/nano-carriers, including polymers, dendrimers, liposome-based, carbon-based, iron-based, and gold-based, which extensively studied in cancer biology to understand their therapeutic potentials. 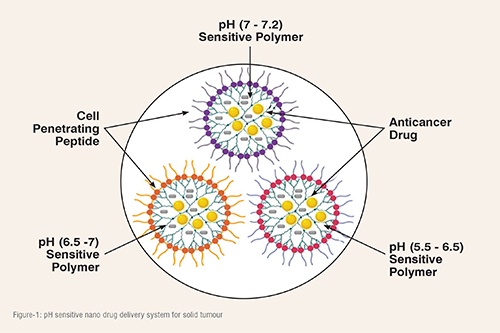 The size range of the well-defined nano-materials varies between one and 100nm, which impacts the limits of nano-medicine starting from microfluidics, biosensors, drug delivery to tissue engineering. Nanotechnology employs therapeutic agents at the nanoscale level to develop nanoparticles, nano-carriers, nano-drugs/nano-medicines. Nanoparticles are designed in such a way at the atomic or molecular level, so that,they can acquire small nano-spheres, nano-tubes and nano-disk, which can easily move freely in the human body as compared to the bigger materials. Altogether, nano-particles exhibit unique physical, chemical, structural, mechanical, electrical, magnetic and biological properties, which tune nanoparticles, nano-carriers, nano-drugs/nano-medicinesto be utilised as delivery agents by encapsulating drugs or attaching therapeutic drugs and to deliver them to the specific cells, tissues and organs with more precisely with a controlled release.

Despite these recent advancement in diagnostics and therapeutic approaches, cancer is still the leading cause of death globally. The early detection and effective treatment of cancer is still a big challenge of researchers and clinicians. The major challenge for the researchers in the development of therapeutic approaches for cancer is to deliver anti-cancer agent specifically to the site of disease. The conventional way of cancer treatment and drug delivery results in a serious side-effects. With the advancement of nanotechnology-based tools and drug delivery systems, it has become relatively easier and simpler for researchers and clinicians to diagnose cancer early and alsoto treat cancer patients effectively with reduced side effect.

Specific targeting of drugs using nanoparticles has been broadly studied on a tissue and organ level. The use of nano-medicines in cancer diagnosis and therapy is still under the developmental phase. The evolution of nanoparticle-based drug delivery is catching all the attention due to its uniqueness in biomedical applications and specific tumour targeting. Using nanoparticles depends on their ability to accumulate in desired cells or tissues. Nano-medicine includes the use of preciselywangled materials for the development of novel therapies which can increase efficacy inside tumours and reduce toxicity of specific targeting of drugs to the normal tissues and organs as compared to the conventional anti-cancer drugs. Nano drug formulations have several advantages such as improved solubility, increased selectivity for tissues, enhanced efficacy, less toxicity. They can also cross the blood-brain barrier. The conjugation of nanoparticles with existing drugs increases the pharmacokinetic and pharmacodynamic properties and effective treatment outcomes. Therefore, it is important to understand the target region while designing nano-drugs and make specific delivery to the site of disease. Delivery of nano drugs can be categorised under active and passive targeting. Active targeting involves conjugation of tissue specificity, ligands such as proteins, antibodies, or small biomolecules are attached to the surface of the drug-NP conjugate, which increases the intracellular drug accumulation and cellular uptake of the target tissue. Passive targeting is achieved through localisation of NPs into specific organs via mechanisms such as the Reticuloendothelial System (RES), or Efficient Permeability and Retention (EPR) system.

Several studies have demonstrated the potentiality of nano-drug delivery (doxorubicin) to breast cancer and prostate cancer cells using silver decorated gold nanorods, the use of iron oxide-based nanoparticles that released the drug under the influence of magnetic fields. Curcumin, which is commonly found in turmeric, has been known for long to have anticancer properties but known to have poor bioavailability. Encapsulating curcumin polymorphic nanoparticles resulting in ‘nano curcumin’ has improved its solubility and bioavailability. Nano curcumin can effectively mimic the action of free curcumin in cancer cells and induce apoptosis through blocking of nuclear factor kappa B activation (NF-?B), and suppression of pro-inflammatory cytokines like IL-6, Il-8 and TNF-a. Nanoparticles are also designed in a manner to target specific organs in the system for the direct delivery of drugs to the targeted organ where the tumour is located. Drug targeting in organs such as lungs, livers, kidneys, brains has been widely studied. Drug targeting in the liver is achieved by both active and passive targeting. The kidney is another organ that uses targeting strategy by size-controlled drug carriers and prodrug approaches for drug delivery. The brain possess considerable challenges in taking up drugs along with in treating brain diseases. The blood-brain barrier (BBB) tightly regulates the entry of substances to brain, which makes the drug delivery process difficult. Several strategies have been used for drug delivery into the brain, such as direct injection of drug into brain. Nanoparticle drug delivery through active targeting involves the modification of drug or drug carriers to facilitate drug delivery through blood-brain barrier. During the last few decades, several novel drug delivery systems have entered the market and have been developed using various nanomaterials. To achieve controlled and targeted delivery of drugs, nanotechnology modifies many of its properties such as the size and other physical characteristics.

The conventional and most commonly used cancer treatments include chemotherapy, surgery, radiation, targeted or a combination of any of these treatments. However, there are challenges associated with toxicity, non-specificity, side-effects etc. The optimisation of the pharmacological action of the drug, and the minimisation of its toxicity are some major challenges of current anti-cancer therapy. In general, the distribution of the anti-cancer drugs at the cancer sites needs to be high, while at other non-cancerous tissues low to prevent any negative reactions. Nanotechnology has the potential to solve these limitations through delivering anti-cancer drugs to the site of disease. Designing nanoparticles, nano-carriers loaded with multifunctional drugs, and functionalising their surfaces with recognition proteins can target specific cancer cells. Certainly, this approach would be able to deliver anti-cancer drugs specifically to the cancer cells, tissues, and organs and significantly reduce any adverse effects of drugs on healthy cells. 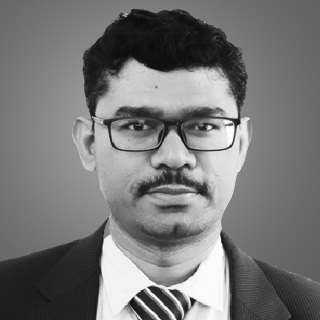