Insights into the pathophysiology

Nanobiomechanics research carried out on human diseases provides new and important insights into their pathophysiology and may suggest new methods for early detection and diagnosis.

Human diseases not only impair bodily structures and functions but they also threaten the health and well-being of humans. Current research on diseases focusses mainly on the microbiological, immunological and pathological aspects rather than on the biomechanics of the diseases, which may have direct link to their pathophysiological outcomes. In fact, some studies have suggested that the cause and origin of some of these diseases may have resulted from the changes in the structures and mechanical properties of cells and biomolecules. Examples of such diseases include malaria, Alzheimer's disease, sickle cell anaemia and cancer.

Nanobiomechanics, an area which involves the study of the mechanics of living cells and biomolecules, is now increasingly being used to study human diseases. One reason for this is the availability of nanotechnological tools that can now mechanically probe into cells and biomolecules in their physiological states and at forces and displacements of piconewtons and nanometres, respectively. Such tools and equipment, include the Atomic Force Microscopy (AFM), Molecular Force Spectroscopy, Nanoindenter, Magnetic Twisting Cytometry, Microfluidics, Magnetic Tweezers, Optical Tweezers and Optical Stretcher. Using biomechanics to study human diseases can lead to better understanding of the pathophysiology and pathogenesis of some of the human diseases as changes occurring at the molecular and cellular levels may affect or correlate to changes occurring at the macroscopic level. Here, some of the nanobiomechanics research to study two human diseases (malaria and cancer) that manifest structural and mechanical property changes are discussed.

Mechanistic insights into the pathophysiology of human diseases

The healthy Red Blood Cells (RBCs) deliver oxygen by deforming their way through small capillaries to various parts of the body. When the RBCs are infected with malaria, they experience two important pathophysiological outcomes: increased rigidity and cytoadherence (or cell stickiness). They not only cause serious disruption in blood flow, but can also cause severe anaemia, coma or even death. The study of how an infected RBC can undergo extensive molecular and structural changes will be important and help us to understand malarial pathophysiology.

In the past, biomechanical tools used to study malaria included the viscometer, rheoscope and the laminar shear flow system and these investigations involved the study of a population of cells. However, there is an increasing trend now towards studying the mechanical behaviour of a single infected cell using the micropipette aspiration, which applies a suction pressure to aspirate the membrane of the cell via a micropipette or the optical tweezers which use laser trap system to stretch or deform a cell. These tools can allow accurate probing of the infected cells at a single cell level. In fact, optical tweezers have now been used to determine the mechanical property differences between healthy and infected RBCs at the different stages of infection and results have shown that infected RBCs become more rigid as the disease progresses. The quantitative measure of rigidity is done through determining the changes in the shear elastic modulus of the membrane of infected RBCs. Recently, microfluidics has also been used to observe the flow of malaria-infected RBCs by squeezing them through narrow channels with sizes typical of the narrow capillaries found in the human body. This study can demonstrate how the late-stage infected cells may cause blockage in these narrow microchannels, thus mimicking what happens when the more rigid infected cells try to squeeze through the narrow capillaries.

These studies show the importance of using mechanics in helping us understand malaria. With this better understanding from a biomechanics perspective, one can hope to provide useful information to clinicians on how they can better reduce parasite virulence. Also, these tests can possibly be developed into testing strategies that can provide quantitative evaluation on the effectiveness of drugs being developed to prevent or inhibit stiffening and cytoadherence of infected RBCs.

The uncontrolled division and growth of abnormal cells is fast in a cancer patient. Cancer can spread quickly to various parts of a human body and destroy the healthy body tissues. A distinctive outcome of cancer is that the affected cells can become more deformable than healthy cells. This difference in cell deformability can thus be exploited to detect and identify cancer cells. As of now, there is no breakthrough on how changes in biomechanical properties of cancer cells can contribute to cancer metastasis.

To determine the elasticity of normal and cancerous cells, researchers have used AFM to indent a single cell using a sharp tip with tip radius ranging from a few nanometers to micrometres. For example, some research has shown that the human bladder epithelial cancer cells are significantly softer than that of the healthy ones.

Another nanotechnological tool, the optical stretcher has also been recently developed to study the deformation of single suspended cells. This technique uses two counter-propagating lasers to deform a single cell in a microfluidic channel and is employed to investigate cancerous mouse fibroblast cells and malignant human breast epithelial cells. Cancer cells are found to be more deformable compared to the normal cells and metastatic cancer cells are stretched more in comparison to non-metastatic ones.

Metastasis is the process where cancer cells proliferate from their primary location to other parts of the body. During this process, Circulating Tumour Cells (CTCs) are made to traverse through the blood vessels and squeeze through narrow capillaries. These CTCs in peripheral blood have clinical significance of both highlighting disease status and even predicting survival for cancer patients. In isolating CTCs from blood, the challenge lies in the rarity of these cells. Researchers are now developing microsystems that can isolate CTCs by utilising the distinctive difference in the biorheological properties of CTCs and the accompanying blood constituents.

Currently, there is still little research done on using biomechanics approaches to study human diseases. This article demonstrates how biomechanics can play an important role in helping to better understand the pathophysiology of human diseases. Although there are several state-of-the-art tools to probe human diseases at the cellular and molecular levels, they are tedious and difficult to use. There is now a need to probe individual and populations of cells more rapidly, and with enhanced sensitivity and accuracy. It is hoped that knowledge gained from biomechanics research may eventually assist in developing new and improved high-throughput assays and diagnostic devices that can be rapid, sensitive and accurate enough to detect diseases at the earliest stage possible even when symptoms of the diseases are still not discernable. This is especially needed for diseases where early diagnosis and detection are extremely crucial for their prevention and control. 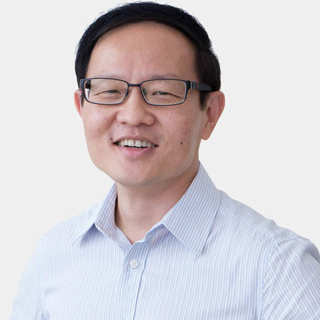 Chwee Teck Lim is Associate Professor at both the Departments of Bioengineering and Mechanical Engineering at the National University of Singapore. He is also the Deputy Director of the University's Life Sciences Institute. His research on cell and molecular mechanics of human diseases was cited by MIT Technology Review as one of the ten emerging technologies of 2006.