Recent developments and prospects for the treatment of various diseases

The recent applications of nanotherapeutics have shown remarkable improvements in various diseases treatment, and this led to a tremendous positive impact on healthcare delivery. Due to the high potentials and manifested benefits of nanotherapeutics, their popularity is increasing, and there is a shift of focus toward them in finding solutions to the limitations posed by conventional therapeutic systems.

Nanotherapeutics is the branch of nanotechnology that deals with the application of nanoparticulate drug delivery systems to treat or manage diseases, by specific delivery of a therapeutic agent to a targeted location in the body. Nanotherapeutic strategies have a wide-ranging impact on the medical field and are increasingly gaining more popularity and acceptability than their conventional counterparts due to their high promise in precise delivery of therapeutic formulations. It has also proved to be an emerging treatment strategy for the effective treatment of various medical conditions. This is attributed to the unique qualities of nanocarriers from physical, chemical, biological, optical, and electronic features that are of high interest in medical and engineering fields.

Nanotechnology is a science, engineering, and technology that deals with particles or structures in a size range of 1–1000 nm in diameter. The growing interest in nanotechnology on therapeutics through its offspring, nanotherapeutics, is connected to the search for alternatives to some conventional drug delivery systems which are characterised by lack of selectivity, short residence time, poor bio-distribution, poor aqueous solubility, low bioavailability, and an eventual limited effectiveness. These limitations are now being resolved through nanotherapeutic strategies by conveying therapeutic agents explicitly to the site of action through nanocarriers—this helps in maximising the therapeutic efficacy of the drug while minimising its undesirable side effects.

Several hard-to-cross barriers, including Blood Brain Barrier (BBB) and difficult to reach tissues including tumours that are inaccessible tomany conventional dosage forms can now be accessed through the use of nanotherapeutic systems that include nanoparticles, nanogels, nanofibers, nanotubes, dendrimers, micelles, liposomes (Figure 1), among others. Additionally, these nanocarriers can enhance the residence time of the loaded drug by shielding it from enzymatic degradation or from rapid clearance, improving solubility of poorly water-soluble drugs, improving stability of unstable drugs rendering them suitable for administration, reducing dose dumping by release rate control, site specific/targeted drug delivery, sustained and controlled drug release, possibility of concurrent delivery of multiple drugs for combined synergetic therapy, and enhancing drug’s pharmacokinetic profile and bioavailability, all resulting to improved efficacy.

The recent nanotherapeutic approaches focus on highly specific nanomedicines’ interventions for a reliable prevention, diagnosis, and treatment of diseases. Due to their high potentials and clinical success, nanomedicines have now dominated conventional dosage forms by more than 75 per cent of the total sales in the market [2]. These momentous changes are expected to continue in the formulation science and therapeutics, by enabling pharmaceutical companies to reformulate conventional medicines to more effective nanomedicines with better patience compliance and stability, longer shelf life, enhanced performance, and more cost effective.

The nanotherapeutics applications brings significant advances in various disease therapies, ranging from localised diseases such as dermal, ocular, periodontal, pulmonary, etc., to systemic ones such as diabetes, hypertension, degenerative diseases, cancers, among others. Some these advances are briefly discussed below.

Conventional dosage forms such as tablets and capsules for antimicrobial agents have been used for more than a century to treat different infectious diseases. However, several bacteria developed resistance mechanisms to these antibiotic products as time passes by, thus making the treatment of some diseases less effective. Through the nanotherapeutic approaches, the resistance problem could be overcome by enhancing the effectiveness of antibacterial agents. The recent researches that focuses on this direction is to use of nanocarriers to increase the antimicrobial activity of drugs, especially those against drug-resistant bacteria. An example of these strategies is the use of organic and metallic nanoparticles for synergistic lethal effects with several conventional antibacterial, antifungal, and antiparasitic drugs.

According to a published review article [3], nanotherapeutic systems composed from polymers, lipids, and metals have been developed for the treatment of tropical diseases from protozoan origin, namely, leishmaniasis, Chagas disease, and African trypanosomiasis. Scientific evidences demonstrated that the developed nanosystems could improve targeting to pathogens, penetrate barriers within the host, and minimise toxicity by reducing the dose regimen and frequency of administration. In a similar development, Vijay Kumar Prajapati of the Institute of Medical Sciences, Banaras Hindu University, India, and co-workers developed a functionalised carbon nanotubes for delivery of amphotericin B to reduce the toxicity and improve the efficacy of the drug in the treatment of leishmaniasis. The researchers found this novel nanotherapeutic system to inhibit 99 per cent of parasite growth in hamster model, following a 5-days oral administration at 15 mg/kg body weight.

In a recent investigation published in 2020 by Laura Freitas of University of Sao Paulo, Brazil, chitosan nanoparticles loaded with an active compound called N’-((5-nitrofuran-2yl)methylen)-2-benzhydrazide showed promising results against multidrug-resistant Staphylococcus aureus. The nanoparticles exhibited best results for inhibition of Staphylococcus aureus strains as compared with free drug and empty chitosan nanoparticles. The nanoparticles also demonstrated good influence on tissue regeneration which render them to be a promising alternative in the treatment of multi-drug-resistant infections, especially in burned skin areas.

Nanocarriers have an established role in various dental applications which include targeted drug delivery in periodontitis treatment. I and my co-researchers have developed nanotherapeutic systems, namely, nanoparticles and nanogels for the effective treatment of periodontitis. The nanogels we developed demonstrated dual action (antibacterial and anti-inflammatory) due to entrapment of triclosan and flurbiprofen. It displayed pH-dependent swelling and erosion, and temperatureresponsiveness. An in-vivo study of the nanogels on experimental periodontitis rats confirmed the dual antibacterial and anti-inflammatory effects, which revealed an excellent therapeutic outcome.

The recorded successes of nanotherapeutics against infectious diseases, led to the further studies, i.e., clinical trials of some products. For example, Bedaquiline™ and delamanid™ are under clinical trials for their efficacy against multidrug resistance pulmonary tuberculosis. Arikace™, a liposomal amikacin is also under clinical trials for pulmonary nontuberculous mycobacterial lung disease. Similarly, clinical trials are ongoing for lipid nanosystems-based prophylactic vaccines against virus infections such as Zika virus, rabies, human metapneumovirus, influenza viruses, and human parainfluenza. Certainly, many of these products will scale through the clinical trials and eventually be approve for regular clinical usage in the near future.

The advances in nanotherapeutics have brought alternative approaches to overcome many limitations of traditional anti-cancer drugs. This was by enhancement of permeability and drug retention effect at the tumour sites in the treatment of cancers. The usual toxic effects of anti-cancers drugs on healthy cells and tissues can now be avoided by the use of nanocarriers for specific delivery of these drugs to the targeted cells, thereby minimising their detrimental effects on the healthy cells while maximising their therapeutic effect on the cancerous cells. The flexible features of nanoparticulate systems that permit modifications of their physical and chemical properties such as size, shape, and chemical composition makes them a suitable candidate for targeting different types of specific tumour cells. This type of targeting can be active or passive.

Active targeting delivery of anti-cancer drugs is achieved by equipping nanoparticulate system with suitable ligands to enable their interaction with the tumour cells through molecular recognition. In this mechanism, targeting ligands are attached on the surface of the nanoparticulate system to facilitate targeting of tumour cells[1]. Doxorubicin and docetaxel are potent anti-cancer drugs that have been employed in the treatment of cancers like breast cancer, sarcomas, and lymphomas. However, several limitations such as hydrophobicity, cardiac complications, and systemic toxicity due to nonspecific distribution, restricted their clinical usage. Through nanotherapeutic systems, these drugs are brought back to clinical relevance by active targeting strategy. Mohamed Dawoud of Umm Al Qura University, Saudi Arabia and co-team have recently reported docetaxel-cubic nanoparticles (cubosomes) for targeted delivery to tumour. In another recent study by Afaf H. Al-Nadaf of Mutah University, Jordan, functionalised mesoporous silica nanoparticles loaded with doxorubicin was synthesised using lactose and hydrophilic polymer as a hepatocellular carcinoma drug delivery system. The researchers found that the synthesised nanoparticles are promising drug delivery system in hepatocellular carcinoma.

Passive targeting is also being employed in modern cancer therapies. This approach relies on distinctive characteristics of the tumour milieu which are usually absent in healthy tissues, to facilitates deposition of nanomedicines in and around the tumour tissues. Therefore, the delivery of nanoparticulate systems to the targeted tumours is determined by factors that are inherent to the targeted tumour’s microvasculature in addition to the factors that are associated to the nanocarrier, i.e., size, shape, density, surface charge, etc. A product of this strategy is SP1049C™, a novel formulation of P-glycoprotein targeting micellar loaded with doxorubicinis already under clinical trials. It exhibited promising effectiveness in the treatment of adenocarcinoma.

Parkinson’s disease, Alzheimer’s disease, dementia, Huntington’s disease, and amyotrophic lateral sclerosis are neurodegenerative diseases that are characterised by gradual degeneration of the structure as well as the function of a nervous system. The available conventional medications for the treatment of these diseases are less effective as they suffer from poor solubility, low bioavailability, drug resistance, and lack of penetration of brain in an adequate amount to elicit desirable therapeutics action. The nanotherapeutic systems offer solutions to these problems by facilitating the entry of drug molecules across the BBB, faster absorption, targeted drug delivery, and controlled drug release.

Cristina de la Torre and Valentín Ceña of Universidad de Castilla-La Mancha, Spain summarised the roles of nanoparticles of polymeric, lipid, magnetic and gold sources; liposomes; dendrimers; and carbon nanotubes on the treatment of Alzheimer’s disease. They revealed that the lipophilic composition of liposomes and solid lipid nanoparticles offered them excellent feature to easily cross the BBB and improve circulation lifetime in the central nervous system, thereby efficiently deliver therapeutic compounds into the brain. The authors also reported that the nanotherapeutic systems could have their structures decorated by addition of peptides or polysaccharides on it to impart certain targetability characteristics to them toward the brain areas. An example of this is the decoration of dendrimers with transferrin to facilitate the passage of the dendrimers across BBB, by enabling interaction with specific receptors that are expressed on the surface of BBB endothelial cells. Therefore, these nanoparticulate systems have been proposed as potential carriers for drugs to treat Alzheimer’s disease.

Certainly, nanotherapeutics have brought a remarkable success in the modern drug therapy for various diseases by overcoming several limitations of conventional therapeutic systems and offering safer and more effective treatment options. With many of them entering clinical trial stages, we shall witness their outpouring in the drug market soon, and this will tremendously improve the modern therapeutics. 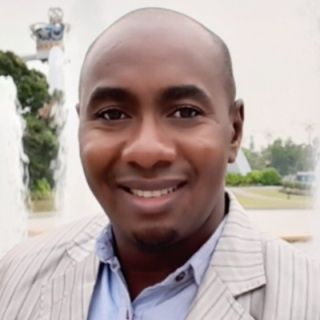 Nafiu completed his PhD in Novel Drug Delivery Systems from Universiti Sains Malaysia (USM) in 2019. He passed his B. Pharm. and M. Pharm. (Pharmaceutics) with first division from Hamdard University, India in 2008 and 2010, respectively. Nafiu has been a lecturer at the Faculty of Pharmaceutical Sciences, Usmanu Danfodiyo University, Sokoto since 2013. He published several articles in international and national journals of repute and presented his research work in several international conferences.