By infusing drugs with new and innovative therapeutic benefits, drug delivery systems extend products’ profitable lifecycle, giving pharmaceutical companies competitive and financial advantages, and providing patients with improved medications. Formulation development is being used in the creation of new dosage forms for existing products, which not only reduces the cost and time of new drug development, but also helps with patent protection and bypassing existing patents.

In the recent decades, most of the pharmaceutical companies often look for extensions for their patented product to enhance the product’s life cycle by means of various approaches like a) Drug repurposing i.e. new indication of existing drug, b) Using different formulation i.e. by means of using new and novel drug delivery technologies and c) Use of new combinations of drugs. A successful enhancement in life cycle of pharmaceutical product also involves the redefining R&D, establishing marketing and regulatory strategies, technology upgrading which ultimately extends the lifespan of products. Many pharmaceutical companies target on the middle period of the life cycle of pharmaceutical products which includes regulatory approval of product from expiration of exclusive right on product. Drug repurposing opportunities can be identified through variety of processes or resources including knowledge mining of existing scientific databases, in-silico approaches, in vitro and in vivo experiments, clinical observations, epidemiology and post-hoc analysis.

Reformulating already approved and patented medications is one of the key strategies for surviving the patent cliff. However, for an application of extension of market exclusivity, the reformulated drug product must not only meet all criteria aimed at protecting patients, but the new substance/product must also improve upon the original purpose of the drug. Reformulation is a most promising approach as it allows the drug manufacturer to expand its offerings in a given market while targeting a new, potentially larger demographic that may not have been able to use the medication in its original dosage form. Formulation development is being used in the creation of new dosage forms for existing products, which not only reduces the cost and time of new drug development, but also helps with patent protection and bypassing existing patents. However, the goal for any new formulation development should be to make a better product rather than patent protection. Table 1 describes some of the drug reformulating approaches used till date.

United States Foods and Drug Administration (USFDA) finds the importance of novelty in pharmaceutical formulations and offers shortened regulatory assessment options for the research focused on repositioning of existing drug, unlike NCE application which required detailed assessment. Two routes are well known for filing the variation from the approved reference listed drug as a generic player in the US market that is, filing an Abbreviated New Drug Application (ANDA) following the approval of Suitability Petition (SP) filing and another is filing New Drug Application (NDA) in-line with 505(b) (2) of the act.

FDA requirements should be fulfilled by a complex generic formulation manufacturer to be intended for administration. As per section (a) (3) a drug product that may have used for parenteral administration must contain the same active ingredients and inactive ingredient for FDA approval. However, an applicant may seek approval for the formulation that differ in buffer solution, solvent systems, or preservative, antioxidants if applicant are justify its used and proved bioequivalence of product with reference listed product. Patents for complex formulation have much more detailed and greater importance compare to conventional dosage form patents. A generic version of nanosystems should have same polymer and lipids with exact quantity of encapsulated drug along with lots of parameters which make it harder to copying and manufacturer enjoys a loyalty market even on generic products. Thus, the combination of even a very narrow composition or process patent claim with the FDA’s general requirements for parenteral drug products and the heightened requirements for advanced or complex delivery systems can result in a significant and long exclusivity period (Figure 1).

Moreover, in detail, exclusivities for a newly formulated drug, including new dosage form or new use exclusivity is granted for three years as defined in 21 CFR 314.108- – new drug product exclusivity. This is granted to drug when application or supplement contains reports of new clinical investigations (not bioavailability studies) conducted or sponsored by applicant and essential for approval. In addition, paediatric exclusivity is granted for 6 months added to existing Patents/Exclusivity as an additional 6 months of market protection at the end of listed patents and/or exclusivity for sponsor’s drug products containing the active moiety, when the sponsor has conducted and submitted paediatric studies on the active moiety in response to a Written Request from FDA. Note also that under the Generating Antibiotic Incentives Now, Title VIII of the FDA Safety and Innovation Act, additional 5 years exclusivity for products that have been granted a Qualified Infectious Disease Product designation with some exceptions can be granted.

Many new drug delivery systems and methods have been developed that offer better efficacy, cost-effectiveness, and reduce side effects which ultimately leads to better therapy. Though there are many diseases and circumstances that have benefited from the reformulated drugs, there are many areas in which there are significant unmet patient needs that reformulated drugs have the potential to address. Foremost potential areas for reformulating drugs are discussed in the following section.

Controlled/sustained release oral dosage forms had an extensive history and established record of influence to increase in patient compliance and effective drug usage. Actually, formulation and development has been a chief contributor to growth in the product life-cycle extension of innovator products for many pharmaceutical companies. Moreover, the general dosing modification involves the formulation development of modified release products i.e. controlled or extended release and fixed-dose combination — versions of the patented product. For example, numerous antipsychotic products have become existing as new drug formulations including an inhalation powder (ADASUVE® (loxapine)) and long-acting intramuscular depot formulations (paliperidone palmitate, olanzapine pamoate and aripiprazole) thought to be particularly beneficial for the patients with history of severe relapse due to medication discontinuation.

Nanotechnology can be referred as the multidisciplinary approach has revolutionised the medicine in the recent decades. They have an enormous potential and choice to fundamentally advance the treatment and prevention in many chronic disease conditions like cancer, HIV/AIDS, asthma, arthritis, etc. Major potential areas for reformulating drugs by means of using nanotechnology are discussed herewith.

First generic versions of liposomes were approved by FDA to overcome shortage of doxil which is liposomal product of doxorubicin in 2013. After that FDA issued guidelines for bioequivalence study on daunorubicin citrate, verteporfin, amphotericin B, and doxorubicin hydrochloride.

First approved product for polymeric nanoparticles by FDA was paclitaxel albumin nanoparticles (Abraxane) in 2005. Though FDA provides guidelines for studies and data requirements to facilitate research but there are no generic products available in market till day. There are large scopes to enhance life cycle of paclitaxel molecule with nanomedicines.

Supra magnetic iron oxides or colloidal iron oxides are iron products which are approved for iron deficient anaemia. Polyglucose sorbitol carboxymethylether are used to coat an iron oxide nanosized particle which makes it vulnerable and stabilise it. Colloidal iron oxide contains iron oxyhydroxide which is stabilised by sugars like glucose and sucrose. Till date FDA has approved only one generic product Sodium Ferric Gluconate Complex in Sucrose for iron deficient anaemia. These nano formulations narrowing the gap between patents and generic formulation for pharmaceutical industries to enhance life cycle of product by complexing it in nanosized formulation.

Biologics are becoming more dominant in the current pharmaceutical market. Moreover, there are currently more than 150 Biologic License Applications approved in the United States. Biologics are typically manufactured in living systems that may produce similar, but not necessarily identical products. System contaminants and structural alterations like changes in glycosylation can lead to immunogenicity problems which may not associated with the original ones. Therefore, there are both prospects and challenges for pharmaceutical companies interested in reformulating the biological products.

Under the Biologics Price Competition and Innovation Act (BPCIA), a biologic product can be a “biosimilar” if there are no clinically differences like in terms of purity, safety, and potency) as in comparison with the reference product. Moreover, a biosimilar product approval will only be granted for a previously approved condition of use and indication. An example of strategically reformulating a biologic product is the conversion of Hoffmann-La Roche's Herceptin (trastuzumab) IV infusion formulation to a subcutaneous formulation. 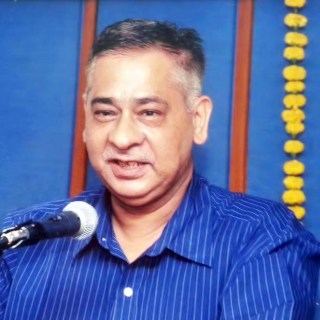