SARS-COV-2 is a continually evolving threat. Containing it requires that we reimagine drug and vaccine development and testing strategies. The COVID-19 vaccine is an achievement, given its speed of development, and given the circumstances, but there is room for improvement still. Questionable legacy tests for safety, such as the Monkey Neurovirulence Test are not fool-proof, as the neural disorder in some recipients of a COVID-19 vaccine attests. It is a good time to leverage the impetus for change that the pandemic has engendered to improving technique. We propose here an artificial-intelligence powered, stem-cell platform-based, benchtop workflow and strategy for reliably predicting the neurovirulence of vaccines, quantifying risks and preventing adverse events. It is fast, accurate, precise, and modular; it can be seamlessly integrated into any existing workflows, is amenable to automation and standardisation, and is cruelty-free. We believe this strategy marks an inflection point in vaccine safety testing scheme for safe immunisation programs.

Vaccines derived from live attenuated viruses are required by law to be subject to tests for residual neurovirulence before use. This applies to vaccines which comprise whole neurotropic viruses, vaccines which have a neurotropic component, or those which have been passaged in neural tissue. The vaccine’s viruses may occasion a neurological adverse event, ranging from muscular weakness to paralysis and death. The Guillain Barre syndrome, caused by Johnson & Johnson’s single-shot vaccineand promptly reported- is the most recent instance of vaccine neurovirulence. The Adverse Events Following Immunisation (AEFI) program in India and the US Vaccine Adverse Event Reporting System surveil vaccine use for safety concerns such as these. More than 60 neurotropic viruses have been introduced into the market since 2001 and the check for neurovirulence is imperative. 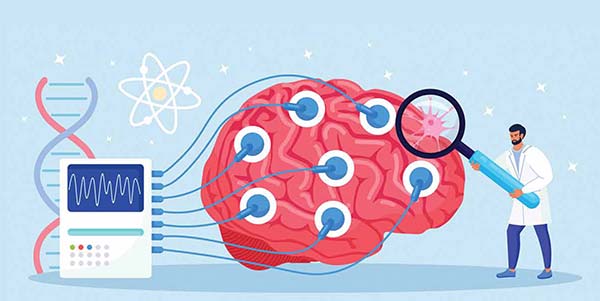 The test for neurovirulence has conventionally been done by the inoculation of the candidate virus into the brain or spinal cord of monkeys of the Macaca or Cercopithecus genera and observation of the animals for symptoms of neural damage over a 17 to 22 days period; brain and spinal cord tissue is also examined for viral lesions. The Monkey Neurovirulence Test, or MNVT as it is called, has been the neurovirulence test of choice for the poliomyelitis, measles, mumps, rubella, varicella, influenza, and yellow-fever viruses, and more recently for the COVID vaccines, the rationale for the model being the phylogenetic distance between humans and non-human primates. For want of a better model, the vaccine industry has persisted with the MNVT despite the lack of demonstrable relevance to the human system.

In response to ethical objections to animal use in the lab, attempts have been made to develop in vitro or small animal models for neurovirulence testing, but the transition has been sluggish for various reasons. The transgenic mouse has been approved for poliomyelitis virus (OPV), as has the PCR based MAPREC test for the same vaccine. Next Generation Sequencing (NGS) has been proposed as an alternative to the MAPREC. More recently, induced pluripotent stem-cell (iPSCs) derived cell-culture assays have been considered for various virus-host interaction studies, and have found their way into in vitro safety testing platforms. We daresay these will comprise the test reagent of choice in the near future.

NeuroSAFE is a new strategy and method/ system for evaluating/ predicting the neurovirulence of a live attenuated viral vaccine, or of any other vaccine or drug candidate, and ascertaining its safety for human use. The procedure is straightforward and uses reagents that are readily available utilising a human biological discard sourced and derived iPSC in vitro system, treating with different concentrations of the potentially neurovirulent candidate vaccine or drug in one or more multi-well plates, incubated for different periods of time. Cells are subsequently examined under a microscope and photographed, and the micrographs are contrasted with those of control cells. This iPSC in vitro system is established to have genes participating in pluripotency feature with an ability to differentiate to all the three lineages of embryo development including that of neuronal lineage – Precisely the reason behind the choice of iPSC in vitro system as real time platform (human surrogate) complementing the in-silico tools (artificial intelligence and machine learning).

The system is ‘taught’, using various training cohorts, to recognise test cells whose gross cellular morphology differs from the control upon treatment with/when administered the candidate vaccine. It derives its cognitive intelligence from the training data, and can discern healthy cells from sick ones, and cells from artifacts; it can also assess the magnitude/degree of the damage in the treated cells and class them as Cells-in-shock, Infiltrated, Apoptotic, Necrotic, and Dead read outs. The primary outcome is cell death, and the overall effect of the vaccine candidate is represented by a prediction score backed by the event related genomics barcoded predicting the Neurovirulence risk.

The pertinent AI system follows FDA guidelines and is designed for best-inclass accuracy. The solution can analyse the phenotype and the corresponding genotype readouts. Phenotype predictive algorithms are based on semantic segmentation and advanced computer vision. Options are available for deriving insights from single cell gene expression. Algorithm is exposed to sufficient set of data points and their labes, and the performance is analysed to ensure accuracy. AI can see things that the human eye can’t, which helps in reducing false negatives. A trustworthy AI framework is utilised to evaluate the data, algorithm and the predictions for bias and explainability. The data is from multiple population samples, the algorithm undergoes conformity assessment for explainability and results are compared with those derived by human experts for a given dataset. This AI based workbench generalises well beyond the training set with the capability to monitor any drift and also has interfaces to integrate additional data from different sources. The user can enjoy the best-in-class prediction accuracy, which is evaluated using confusion matrix in terms of sensitivity, specificity and precision. Another important aspect of the solution in in discussion is scalability and seamless integration into the existing vaccine production workflow classifying it as a workbench method.

The complimentary NeuroSAFE-PV detects any untoward effect at the physiological level and enables pharmacovigilance post vaccine licensure. It works like this: This system is trained on physiological symptoms of neurovirulence collated from the clinical literature and designed into/ embedded in a client vaccine company’s website. The vaccine recipient or attending medic reports adverse events on the company’s website using a form or chat bot. This data is analysed by the platform to stratify the recipient, i.e. place into one of several grades of risk, and the pharmacovigilance officer notified by email subsequently on the signals detected in their repository.

NeuroSAFE is designed for easy implementation in a company’s QC existing workflow/ standard operating protocols, requires reagents and hardware that are easily available, does not require additional training, and is inexpensive; these are not trivial benefits as protocol changes and training cost time, money, and effort. It obviates the ethical dilemma, as it does not require experimental animals or biopsies, and is in keeping with the 3Rs of animal testing. It reduces testing time from 28 days to a few hours and enables massive throughput; such agility is conducive to COVID-19 pandemic like situations, where the pathogen evolves faster than vaccines can be developed. Because the test is based on human healthy stem cells, the test result is, in principle, expected to be more relevant to the human physiology mimicking the immunised population, than is the MNVT; at the very least vaccine candidates that fail the NeuroSAFE test can be discontinued. The test can be tailored to any racially distinct population that the vaccine is intended for, or to check for any genetic basis/susceptibility for neurovirulence while being agnostic to mutations occurring in the pathogen. The test format will possibly also find application for other vaccine related toxicities such as renal-toxicity, hepato-toxicity, and so on. Furthermore, the quantitative nature of the test reduces the technical variability between measurements. 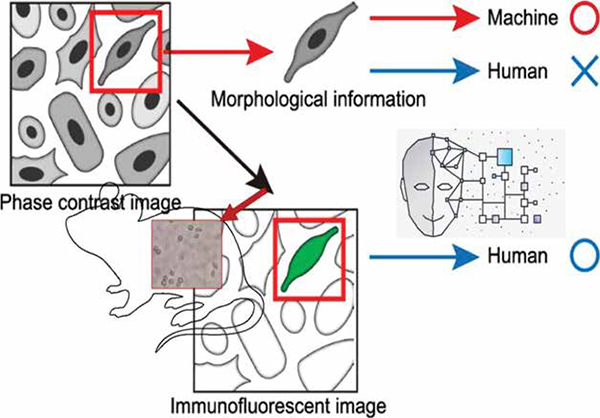 Importantly, it is, to our knowledge, the first time that neurovirulent potential has been quantified on iPSC system (human surrogate) for the purpose of safety testing and risk analysis. The quantitative nature of the test is perceived to reduce the technical variability between measurements and opens the door to comparison of neurovirulence measurements from other formats, such as the MNVT.

There are questions though. For one, can an in vitro system like NeuroSAFE simulate better than the non-human primate the whole-body physiology of the human, with its functional immune and nervous system? This question bears extensive experimentation; the stem-cell based assay is obviously unlike the wholebody assay, but experience from other stem-cell based in vitro testing platforms have indicated that the cellular nature of the primary reagent is not a disqualification; results from such platforms are highly relevant, and predictive of the human system when iPSC system is the real time platform choice. Research also supports the translational potential of stem cells in the study of viral infections of the CNS, although reports of the effect of live attenuated viral vaccines on this model are lacking. Results from Neurosafe-type platforms are relevant, and predictive of the human system. 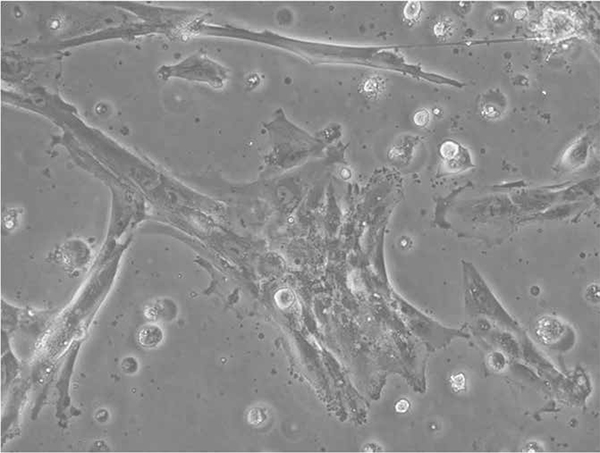 The proposed novel strategy is proofed against the future. As research on virushost interactions advances and our knowledge of them becomes more granular, newer cellular and molecular endpoints for neurovirulence will be revealed, and can be incorporated in NeuroSAFE; iPSC system can be engineered to suit the tests’ purpose, and NeuroSAFE’s AI powered algorithm made progressively more intelligent through input from orthogonal testing formats. 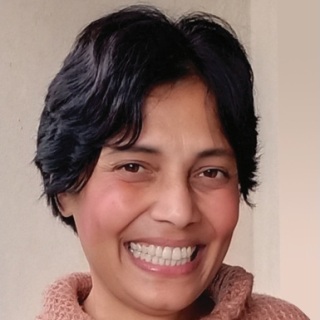 Subhadra Dravida PhD, Founder CEO Transcell Oncologics that has Transtoxbio as a vertical in offering Safety Efficacy Testing As a Solution (SETAS) provider through cruelty free Workstation solutions to the Industry. suba.dravida@tran-scell.com 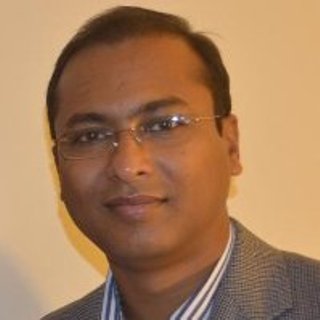